Tyrone Power (born May 5th, 1914) was only 44 years old when he died of a heart attack on November 15, 1958. He and I share the same birth town (Cincinatti, Ohio). I remember him primarily from “The Razor’s Edge”, “Nightmare Alley”, and “Witness For the Prosecution”. I’ve read that Cole Porter wrote “Mad About The Boy” for Tyrone. Nothing else I’ve read indicates the attraction was reciprocal.

To avoid complete anti-climax, here’s a sheet of headshots John commissioned in 1981, when he moved to Los Angeles. 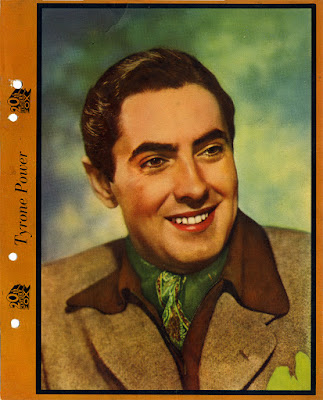 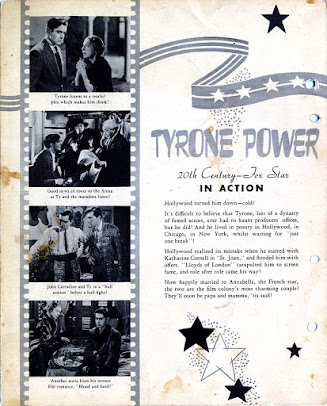 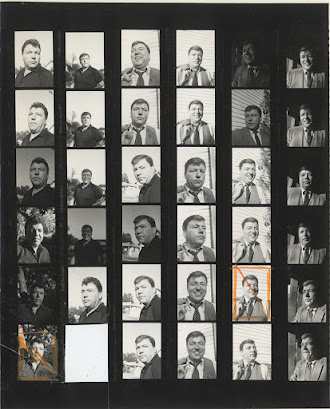