I first saw Ray Milland (1907- 1986) in the early 70’s, when “Love Story” was shown on TV. Milland played ‘Oliver Barrett III, ‘Oliver Barrett IV’’ (Ryan O’Neal’s) uptight father. It was a shock to my teenage/ young-adult self when I later saw him in movies where he was young and handsome, like “Reap the Wild Wind”, the one being hyped on the flip-side of this 8” x 10”, double-sided, hole-punched collectable movie-star-publicity-swag item (number 12 in a set of 18 that I inherited and recently unearth from my late husband, John F. Callahan).

This pattern, of first seeing Hollywood stars of the 30’s and 40’s in their elderly aspects then later seeing (and being surprised by) them in their prime, has played out many times. Not only that, as I reach late middle-age myself, I’m seeing that pattern in reverse: watching my peer group and myself reach the age of our parents had been when we were in our formative years. At age 61, i am only slightly younger than Milland when he played the uptight dad in “Love Story”. I have outlived my own father, who died of his third heart attack in 1984, at age 54. In five years, I will have outlived John F. Callahan, who died shortly after his 66th birth day. 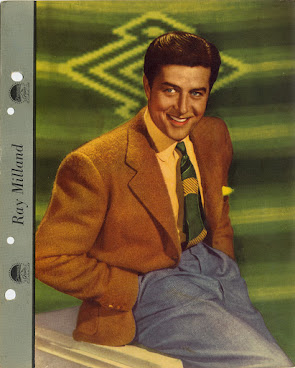 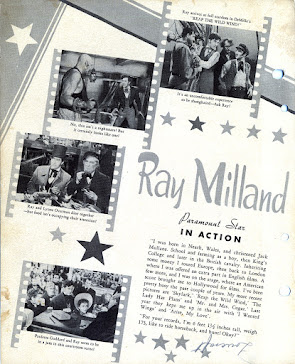 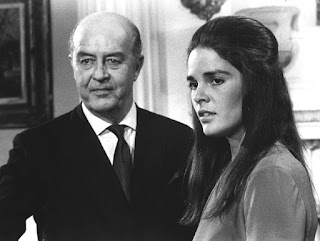