Penny Singleton and Arthur Lake were Blondie and Dagwood in movies and on the radio, between 1938 and 1950.  Penny was also the voice of ‘Judy Jetson’ on “The Jetsons”, in all the intellectual property’s iterations between 1962 and 1990

“Singleton was active in union affairs, as a vocal member of the American Guild of Variety Artists (AGVA).

She was elected president of the AGVA in 1958–1959,  and again in 1969–1970. Her union membership was suspended in 1962, when she was accused of slandering some of the union's officers, and she countersued. She testified on the exploitation of women in variety work, and the union's shortcomings in representing those workers, before a United States Senate subcommittee in 1962.  "I charge here and now that the exotic and strip artists have been abandoned and made outcasts by the very union to which they pay dues for representation and protection," she announced to the subcommittee. (wikipedia.org)

“Arthur Lake is best known for portraying Dagwood Bumstead, the husband of the title character of the Blondie comic strip between 1938 to 1950.

“Lake became very friendly with newspaper tycoon William Randolph Hearst and his mistress, Marion Davies. He was a frequent guest at the beach house of Davies, where he met Patricia Van Cleeve. They were married in San Simeon in 1937. The parentage of Patricia Van Cleeve is unclear, but at the time of her death, she is reported to have claimed to be the daughter of Davies and Hearst.”

(wikipedia.org) (This information may be of interest to all who have recently watched “Mank” on Netflix.)

John Callahan, my late husband (from whom I inherited and recently unearthed this set of 18 8” x 10”, double-sided, hole-punched collectable movie-star-publicity-swag items of which this is #11 in a series of posts there upon) was also active in union affairs. He was a member of the Teacher’s Union during his career as a Hight School English teacher and “coach” of his school’s thespian/theatre club, in Chelmsford, MA. Oh, and he was a Democratic delegate for Jesse Jackson during the 1988 Presidential Election. 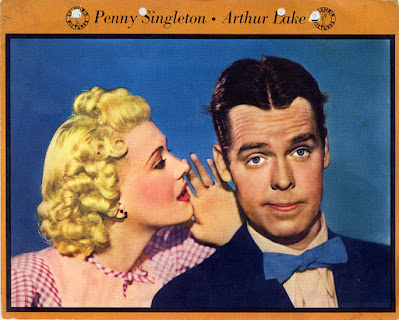 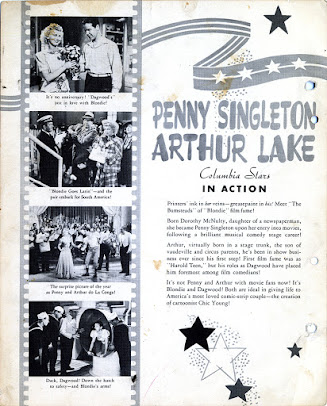