John Callahan is my late husband, from whom I inherited and recently unearthed this set of 18 8” x 10”, double-sided, hole-punched collectable movie-star-publicity-swag items, of which this is #10 in a series of posts there upon.

Paulette Godard has co-starred in one of my favorite movies,  “The Women”  as well as “Modern Times”, “The Great Dictator”, and “Diary of a Chamber Maid”, all of which I enjoyed a great deal. She was the lead contender for ’Scarlet O’Hara’, in “Gone With the Wind” until Selznick tapped relative unknown Vivian Leigh.

That said, it’s hard for me to get a handle on her- I can’t really remember much about her, except she seemed to smile a lot. I vaguely remember that there seemed to be a mind behind the smiles, her wheels always turning.

The movie being hyped on Side B is “Reap the Wild Wind” (1942), directed by Cecil B. DeMille (his second movie in color). Paulette stars as ‘Loxi Clairborne’ (what a great name!), who runs a marine salvage operation along the Florida coast in 1840.  “Susan Hayward is featured in a smaller role as Paulette's unfortunate cousin. Both are heavily burdened by Southern accents and roles that are paper-thin giving them little more to do than flounce around in frilly costumes and bonnets while the men--Ray Milland, John Wayne and Robert Preston--carry the main weight of the action-filled romance.” (Doylenf, IMBd) 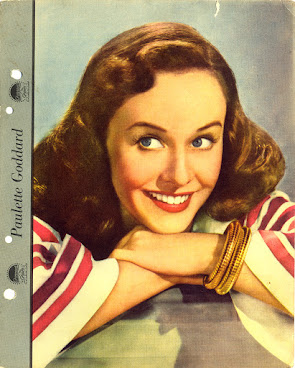 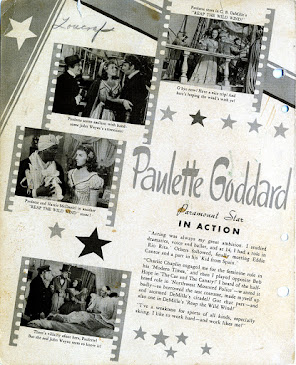