Another “Who the Hell is THIS?” entry in the set of 18 double-sided, hole-punched collectable movie-star-publicity-swag item that I inherited from my late husband, John Callahan.

Waitaminit! Is that DON BARRY? I used to see him in all the time, back in the 60’s and 70’s, when I’d watch all the TV I could manage. 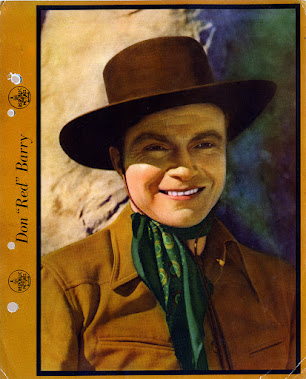 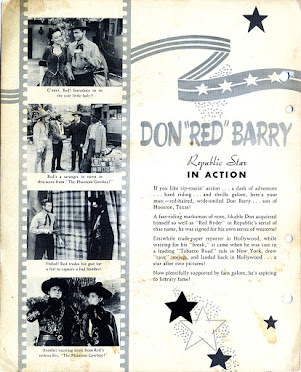 He’s even credited, in “Walk on the Wild Side” (a movie I really enjoy) as “Dockery”. I don’t remember him, unless “Dockery” is the first name of Barbara Stanwyck’s husband, an impotent enraged cripple reduced to doing his rounds on a rolling platform… a pretty thankless role. To his credit, Don played the part with gleeful gusto.

John was into westerns as a kid, though much of the attraction was toward the actors-in-cowboy-drag. John’s faves (as far as I know) were James Arness and Richard Boone. These are the covers of two pertinent comics. When he gave them to me, John told how he had bought them when he was in High School, detailing how he would buy at least 2 comics at a time, to provide cover for his 13 / 14 year old homoerotic obsession. (Gunsmoke is dated Dec-Jan 1960 and Have Gun Will Travel is Oct-November 1959.) 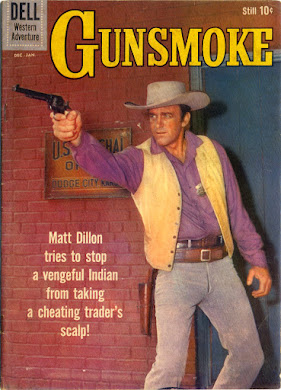 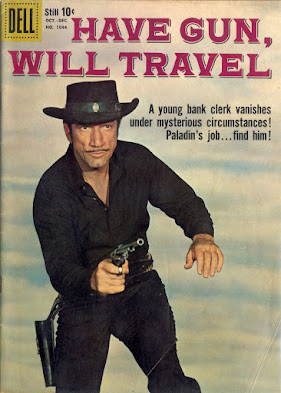