I’ve read that Cary Grant was gay. I’ve read that he was in a committed relationship to Randolph Scott in the early 30’s before they were separated by their studio (RKO). In the early 60’s, Cary underwent several LSD treatment sessions (under the care of a psychoanalyst), after which he wooed, won and had a daughter with Dyan Cannon.

He was capable of being an excellent actor, as proved in “Suspicion”, the movie spotlit on the backside of this double-sided, hole-punched collectable movie-star-publicity-swag item. As the movie critic, Dan Sallitt once wrote (I’m quoting from memory) “Cary Grant’s performance, as Johnny Aysgarth, calls upon him to simultaneously play two different roles, that of a good natured party boy and a sociopathic murderer. To Grant’s credit, he never cheats or flattens out…”

What does this have to do with John Callahan? (Other than that I inherited this double-sided, hole-punched collectable movie-star-publicity-swag items from John.)

Both John Callahan and Cary Grant were Gay men. Both were married to women during part of their lives.  Both are survived by their wives and daughters. Both were actors, but Cary never directed and John never won an Oscar©. Cary never came out as Gay, John came out and went back in as necessitated by circumstance. (Note to clueless straights: You don’t just come out once and then it’s done forever. One has to choose, with every new acquaintance, whether or not to come out. That’s why I post a photo of my current husband, Richard Rangel, and myself on the masthead of my Facebook page. It removes to remove the need to worry whether or not any knows (or cares). 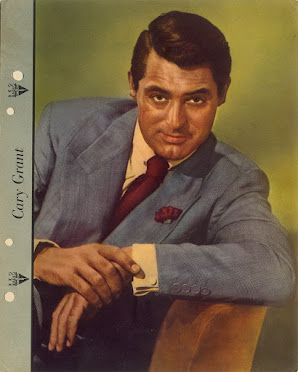 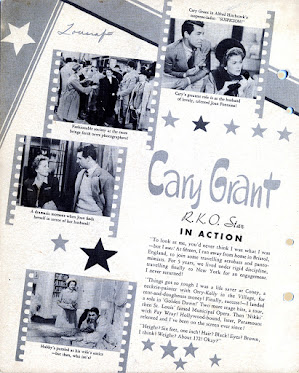