That’s the size of this strange artifact from a bygone age. I inherited 18 of these two-sided, hole-punched collectable movie-star-publicity-swag items from my husband, John Callahan. I didn’t ask to ask how he acquired them; now he’s dead and it’s too late.

John followed many celebrities, but none of the 18 in this set. (Still to come are Cary Grant, Tyrone Power, Sonje Henie and Paulette Godard among others.)

For instance, Bob Hope would have been an object of contempt to John, who was an 60’s radical, even a Maoist for an undisclosed length of time. Bob Hope was never a topic of discussion in our household, but I assume John would have seen him as the comedic equivalent of Howard Hughs or William Randolph Hearst. Why would John collect a two-sided, hole-punched collectable swag-item hyping an object of disinterested contempt? (Help me out, people. I have no idea what to call these things.) Obviously, John got this card as part of the set, but why bother keeping it? Come to think of it, I vaguely recall, when we were clearing out our safety deposit box, him saying he hoped to sell them at some undefined future point.

John also had a set of Elvis Presley Trading Gum Cards (I kid you not). 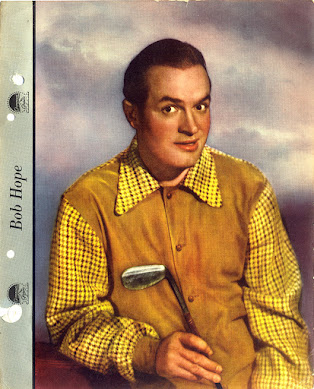 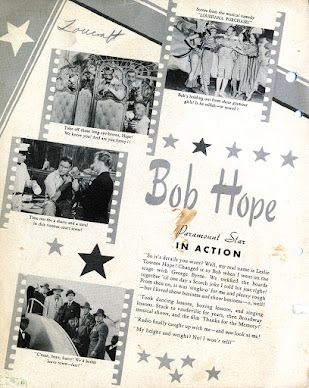