I inherited this (as part of a set of 18 similar collectable star-bio pages) from my late husband, John Callahan. (What is the proper name for this category of memorabilia? I want to know so that I can properly sell them on Ebay.)

I was never a fan of Betty Grable The only movies of hers that I’ve seen are “How to Marry a Millionaire” and “The Beautiful Blonde From Bashful Bend” (I’m a fan of the director, Preston Sturges). I’d also like to see “That Lady in Ermine” because it was the last film directed by Ernst Lubitsch, one of my all time fave directors. Lubitsch died during filming, and the movie was completed by Otto Preminger, who has also directed many movies I love.

I doubt John was much interested in Betty Grable (or her "million dollar legs") during his adolescent and teen years. He was a fan of James Arness (Gunsmoke) and Richard Boone (Have Gun Will Travel). John used to collect the comic book spin-offs of these TV series. Specifically, he wanted the photographic covers, which depicted the actors in full figure poses, gun in hand, intriguing bulges in the crotch area. John told me he would always buy at least one other comic book at the same time so that the clerk wouldn’t catch wise to John’s unhealthy desires 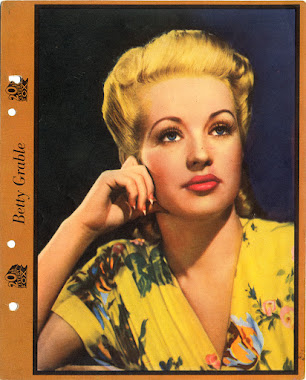 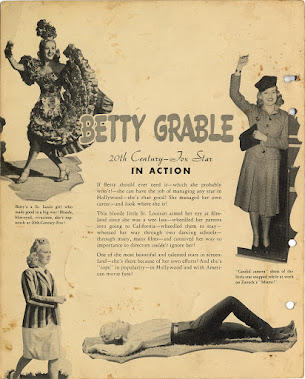