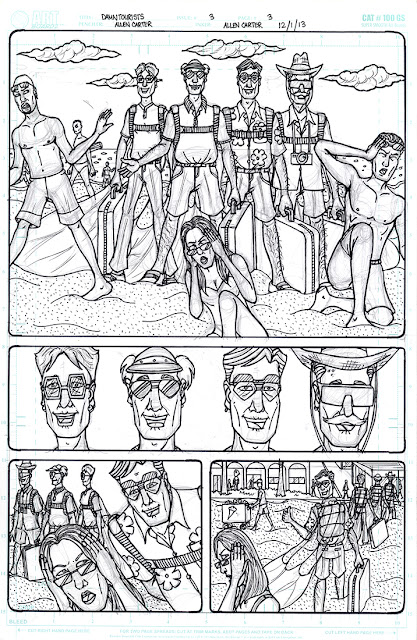 I won this page at the C.A.P.S. (Comic Artist Professional Society) Annual Fundraising Auction a couple of years back. It is a page from the first issue of “Damn Tourists”, now in its 5th issue. It is independently published by Carter Comics, which also publishes “The Figure of Speech Mongoose”, and Cosmic Force (now in its 6th issue).

Allen and I are fellow members of C.A.P.S.; I’m not sure how long I’ve known him, possibly 4 or 5 years. I’m most impressed by his dedication to the craft of marketing and promotion: he seems to know the venues that allow independent publishers to vend their wares, and how to hook up with the promoters of said events. Along the same lines, I admire his persistence and drive. In 10 years, he’s produced a substantial body of work, and is doing all he can to get them out into the world. This is an inspiration to one such as myself who has made abortive attempts along similar lines. 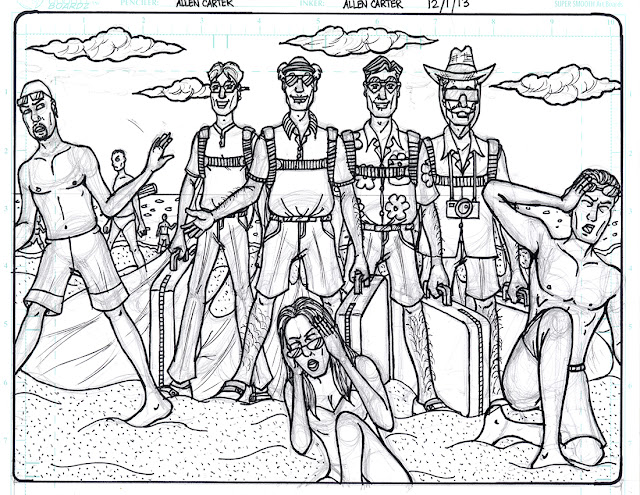 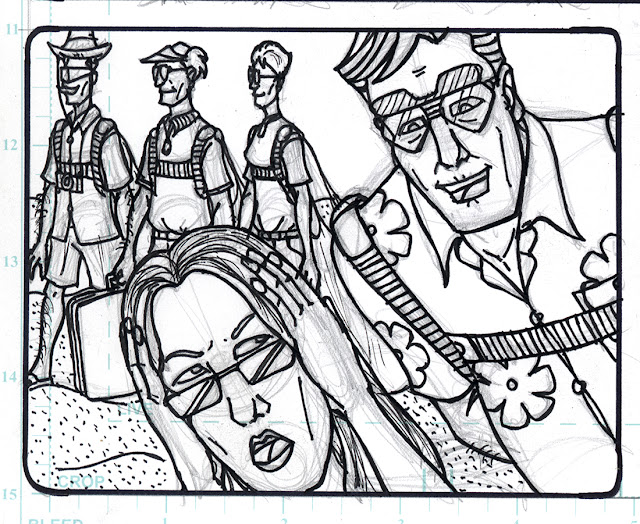 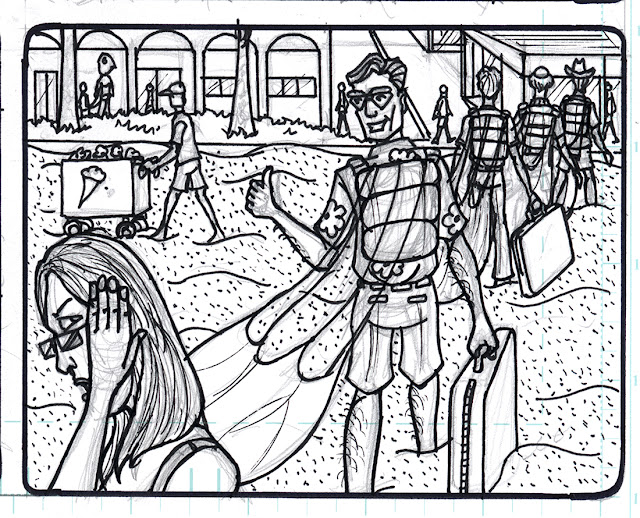