When I was in junior high and high school, Wayne Boring was firmly entrenched in my pantheon of most-despised comic book artists. In those days, Neal Adams was my unassailable favorite, the standard by which all others were judged, usually unfavorably. I demanded Neal’s brand of hyper-dynamic, heightened realism and emotion; by comparison, Wayne’s work seemed stilted, silly, childish, a hold-over from a previous era of repressed sexuality; the comix equivalent of a badly acted 50’s low-budget Sci Fi movie, like “The Beast From 20,000 Fathoms” or “It”

I hadn’t really flipped my script on Wayne Boring when I purchased this page at San Diego Comic Con in the mid/late 80’s. At that point in my evolution, Neal Adams had been de-throned by Alex Toth, so what caught my eyes was the dynamic chiaroscuro lighting and the composition of the multifigure panel 4. I was willing to overlook the stilted, almost spastic posing, and he “all-full-figure-alll-medium-shot” panel compositions

Upon further examination, the total page design is interesting as well. While, to my Adams/Toth indoctrinated gaze, the “all-full-figure-alll-medium-shot” panel compositions was a basis for rejection, the manner in which these medium long shot figures (and the other pictorial elements) direct one’s eyes through the page is really quite striking (see my annotated copy). I’ve not seen the printed comic; now I’m curious to see if Zha-Vam’s elbow, linking panels 4 and 5, made it in or not.

One of the really neat things about collecting original art, and blogging about it thusly (i.e., studying the page in question to try to articulate why I bought it and what I see in it now) is that I’m discovering all kinds of coolness. Now I’m determined to look at other Wayne art jobs for previously un-noticed subtleties. 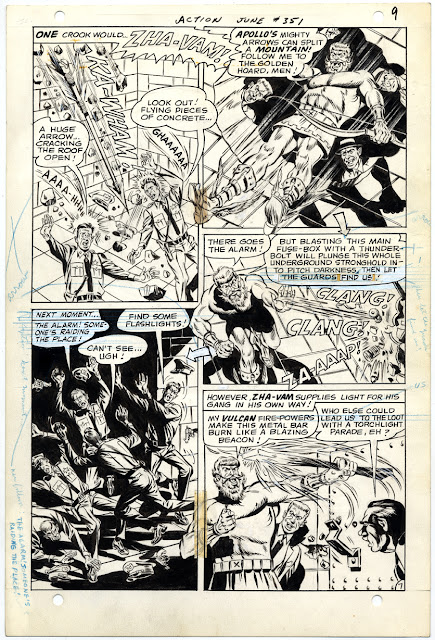 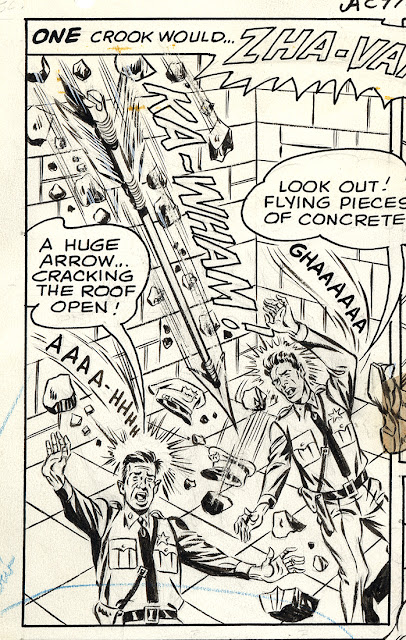 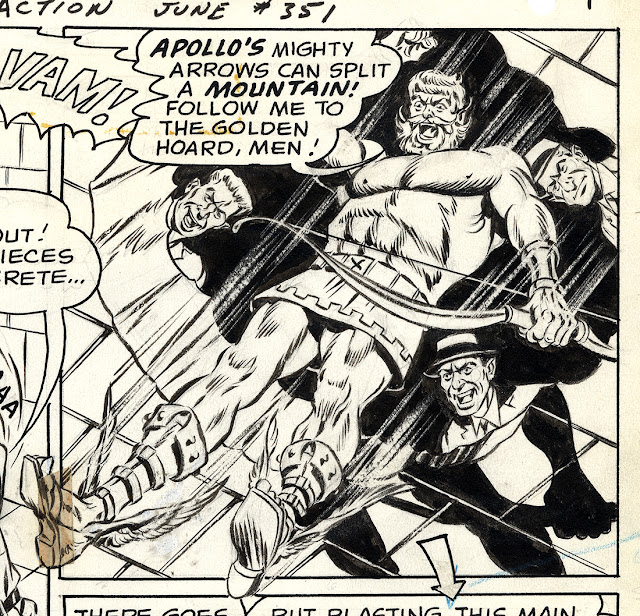 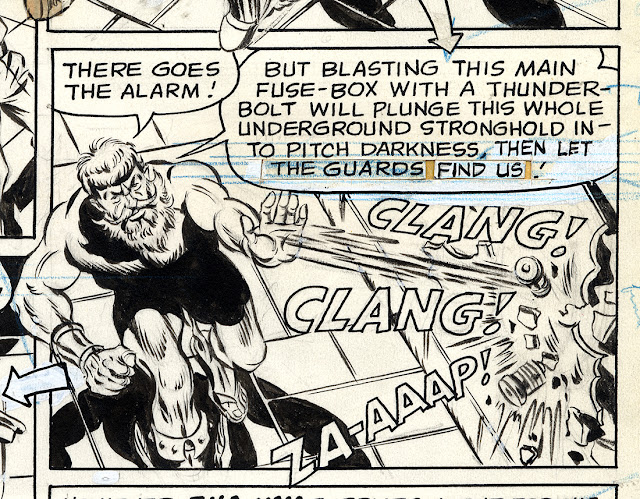 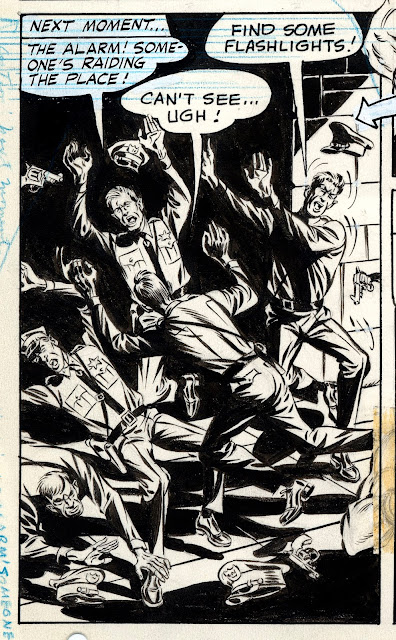 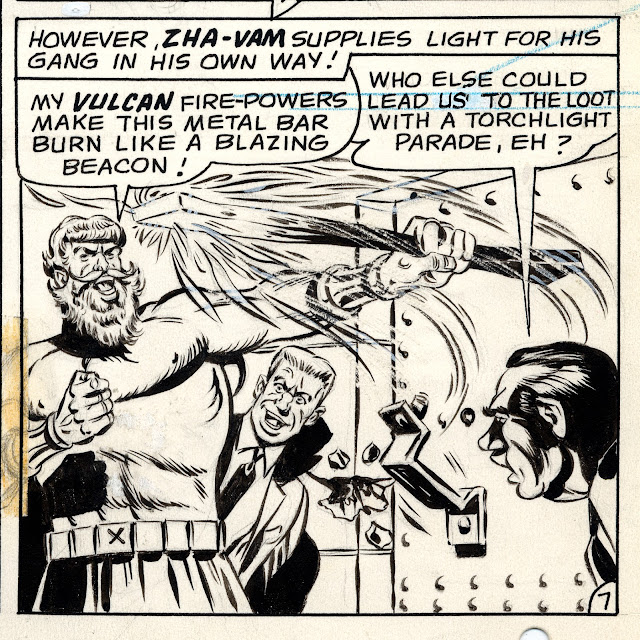 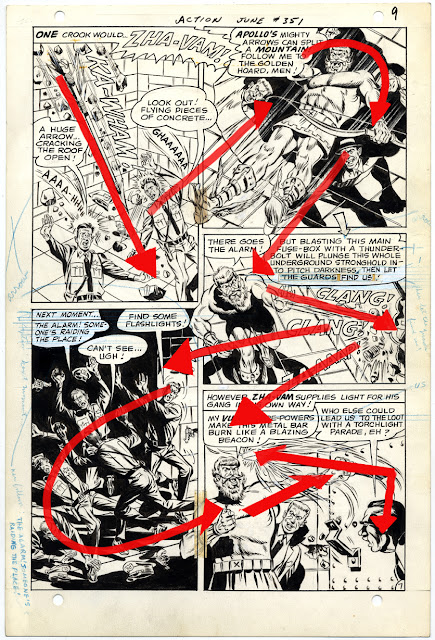