Over the last couple of months, I’ve been posting my original art collection in alphabetical order. I’ve worked my way though “A” and “B”; now on to “C”. What better place to start than with “Caniff”, i.e., Milton Caniff. Here we have a gorgeous “Terry and The Pirates” daily, part of the historic “Death of Raven Sherman” storyline (Ms. S is seen in the back ground of panel 1. Look fast; in 2 months she’ll be dead). For an added bonus, the Dragon Lady is featured in panels 1 and 2. 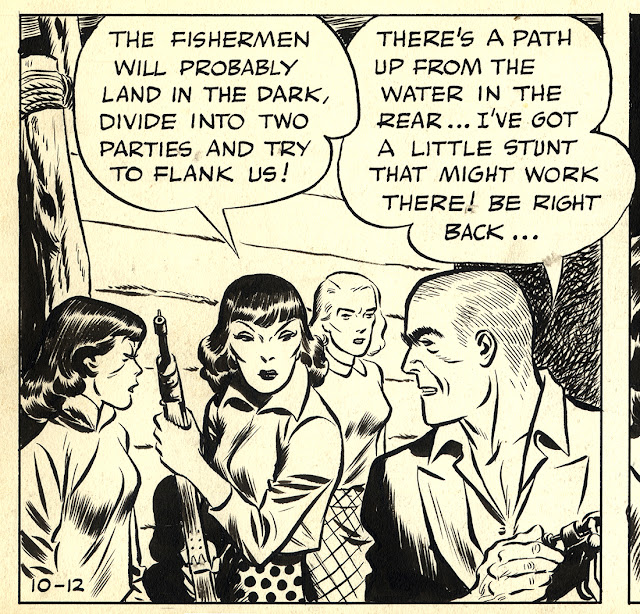 Every panel has something beautiful to look at, either with the characters, the composition, the spotting of blacks and use of silhouette. I especially like panel 2, with the outdoor shadow bisecting the bald dude’s head, acting as the outline of his skull, the rest of him practically a silhouette against the ground-white. (Interestingly, no texture ground-texture marks are made to add perspective to that surface). 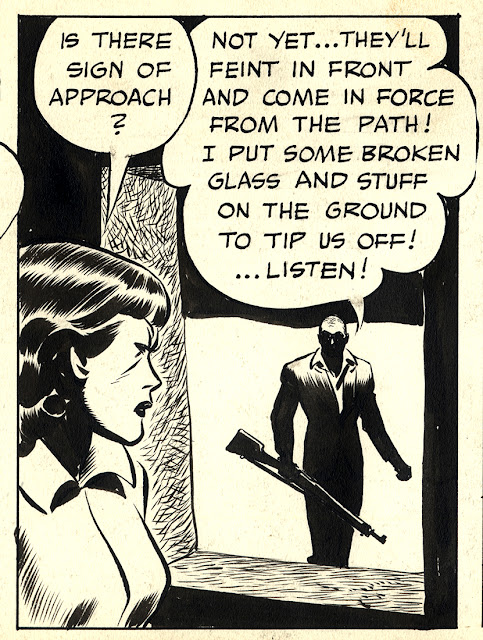 I don’t want to neglect panels 2 or 3; they could have been used as examples in Wally Wood’s famous “Panels That Always Work” tutorial. We are in the presence of a master, sure of his abilities, flinging a multitude of grace notes with casual ease, like droplets of sweat from a Whirling Dervish.

Panel 3: Note the jagged rocks forming an inverted “V”, giving depth to the down-shot composition, the silhouetted figure acting as middle ground for the lower-right man and the lower left riflemen lying in ambush. 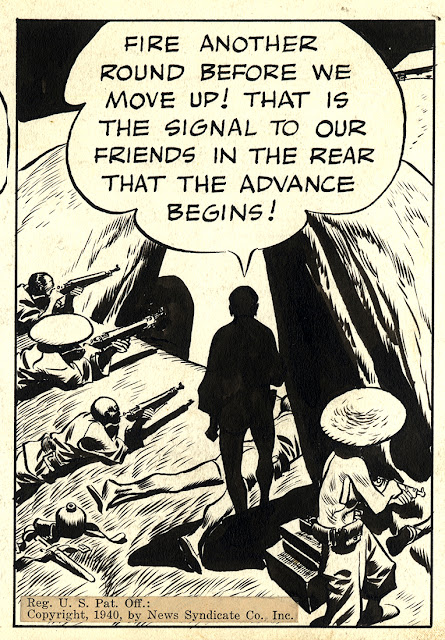 Panel 4: Another down shot (two in a row!), the grassy hump in the lower foreground serving as a frame for the line of parked cars further downhill. And I LOVE LOVE LOVE the middle car with its open door and the tiny figure, again, basically, a silhouette with the light of the shoulder picked out with a tiny fleck of white paint, the gun he loosely holds clearly but subtly framed by the light on the running board and the ground beneath. And the white-silhouette power lines, framed against the darkness of the hills. 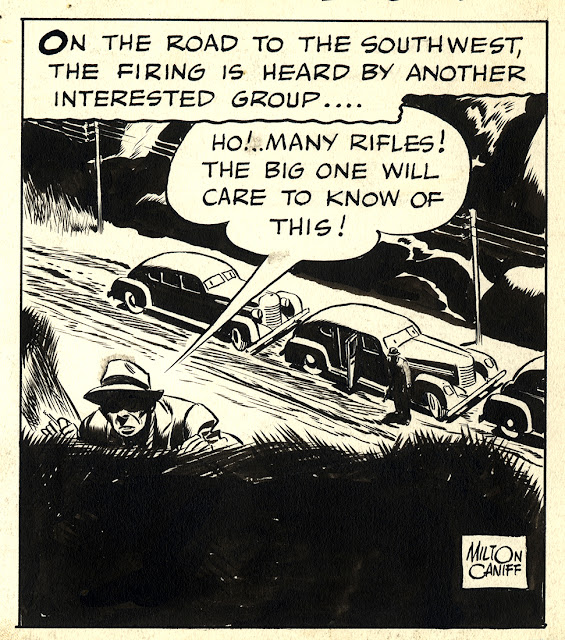 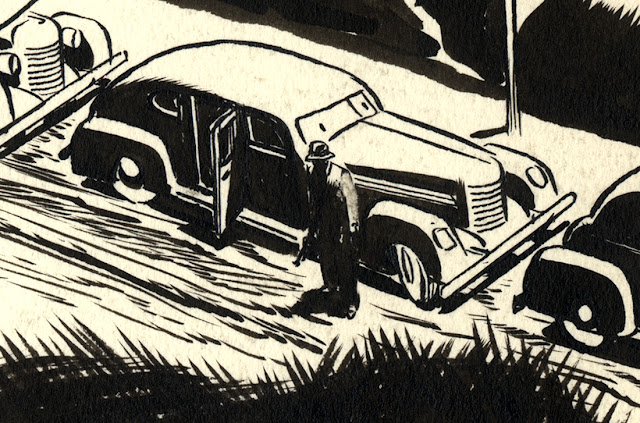 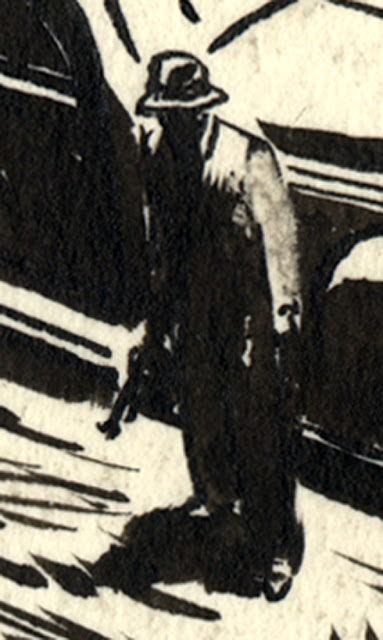 And all the expository yadda yadda yadda. This is one dialogue-heavy daily. And it’s PAINLESS, in fact, even enjoyable. The compositions are arranged around these balloon blimps so that nothing pictorial is lost.