I met Michael V. Bennett at LA Con 2018. He was selling his artworks directly from a portfolio that must have had over 100 pieces of similar size and quality. The originals are 24” x 36”, executed in pastel, on colored pastel paper. After a half hour of consideration, I narrowed my choices down to four.

As I perused his portfolio, Michael recounted that he had retired from the animation business. His profile on scooby-doo.fandom.com/wiki/Michael_Bennett tells us :” Michael Bennett is an animator, character designer, and storyboard artist, who has worked for Filmation, Hanna-Barbera, Warner Bros. Animation, and Disney Television Animation.”

Michael bragged that Matt Groening has been a huge fan, buying multiple artworks at previous conventions. (Or maybe it was David Lynch.)

My lame photographs doesn’t do the artworks justice. Unfortunately, It would probably cost more to have them professionally shot than it did to purchase them in the first place ($30 per drawing).
If you want to see better photographs (how does he DO it?) of similar pieces, click the following links.

All titles are made up by me. If Mr MVB has titles for them, he didn’t tell me.
Also, Michael has independently published at least 3 comic books. They’re like Jack Kirby, but even more disconnected from consensual reality. Weirdly, I can’t find any info on the web. I would search through my short boxes for the issues I bought (at the same time I bought these drawings) but can’t remember what their titles were. 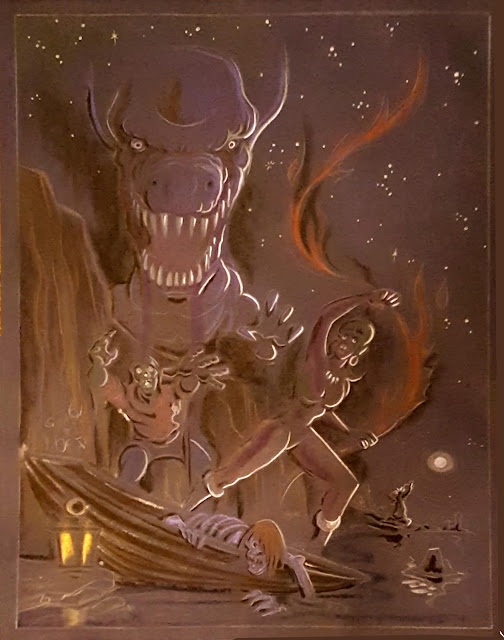 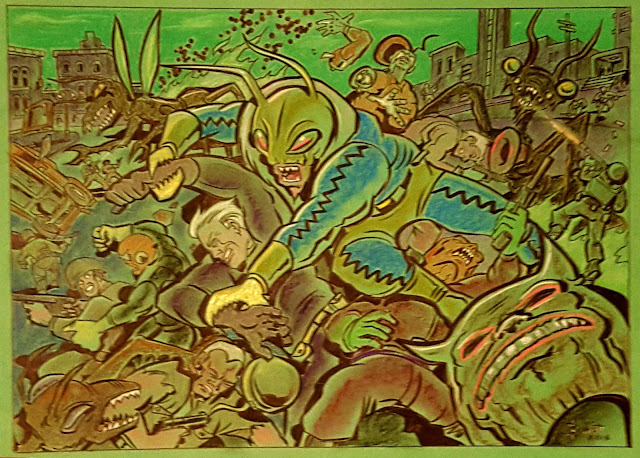 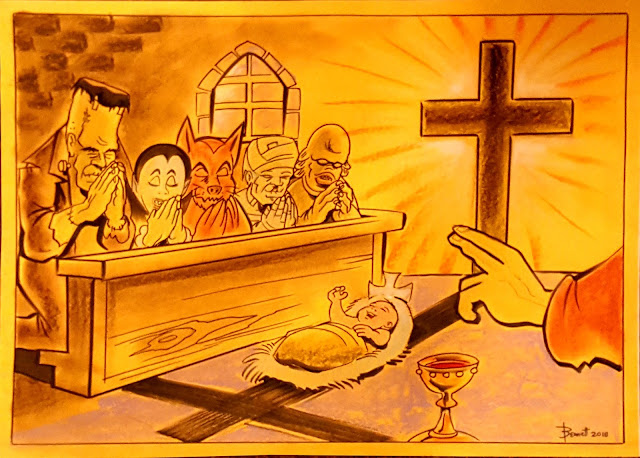 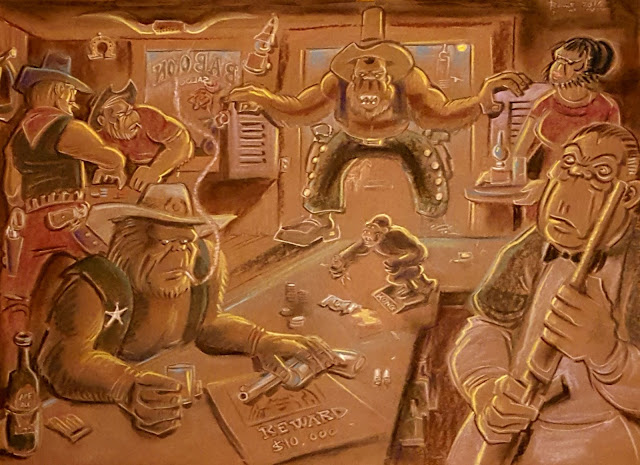