As an adolescent comic-phile, I had my pantheon of most beloved artists  Similarly, I had my “Bottom Ten”; Bob Brown was in the latter list. I especially resented his presence on Batman, a sore thumb in the regular rotation of Neal Adams and Irv Novick. At Marvel, on Avengers and Daredevil. I considered his character drawing ugly, his men too beefy, too fleshy, his women stilted and unsexy. As is the case with everyone else on my negative list, I’ve come to like and even collect Bob Brown artwork. I now consider his layouts clear, dynamic, simple and concise, with excellent variety of angle and camera distance. In other words, his pages read like greased lightning.
Since, at DC, Bob was working from complete scripts (and not, as he presumably would be a few years later, “Marvel Style”) one must give him props on how he handled the dialogue-heavy page 11. This issue was scripted by Frank Robbins, a skilled storyteller in his own right- I’m curious to know if Robbins provided Brown with thumbnails for word balloon placement, as if seems an integral part of the page and panel compositions.

I had not changed my mind on Bob Brown when I won these pages in auction(Heritage Auction) on December 23, 2012. My only interest was in the inking, by Murphy Anderson. Mr. A. has long been one of my favorite comic book inking specialists, and I was eager to have originals by him for closer study. Page 11 and page 12 are excellent for that purpose, as page 11 has a looming close-up of Ma Kent and two useful medium close-ups of Pa Kent. I also like the inking treatment of the radio in both close up and long shots.
Page 12 has the textures of the volcano cone (with both long-shot ink treatments in panel 2 and close up in panel 3, with the added benefit of the lushly inked shadow from Super Baby flying in with the boulder. 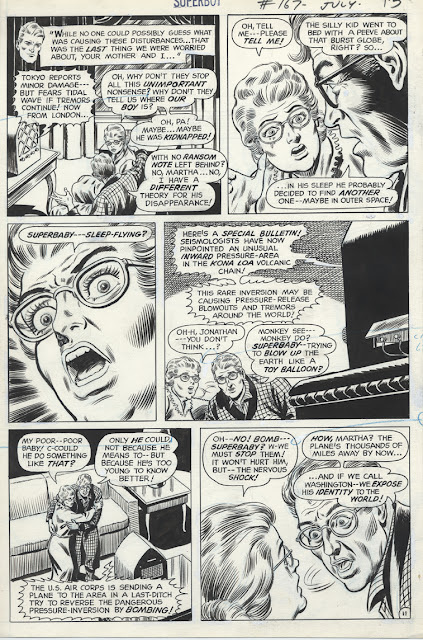 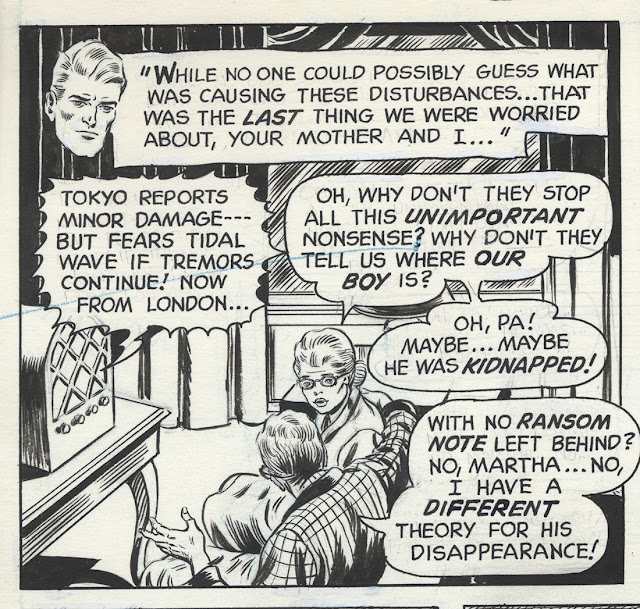 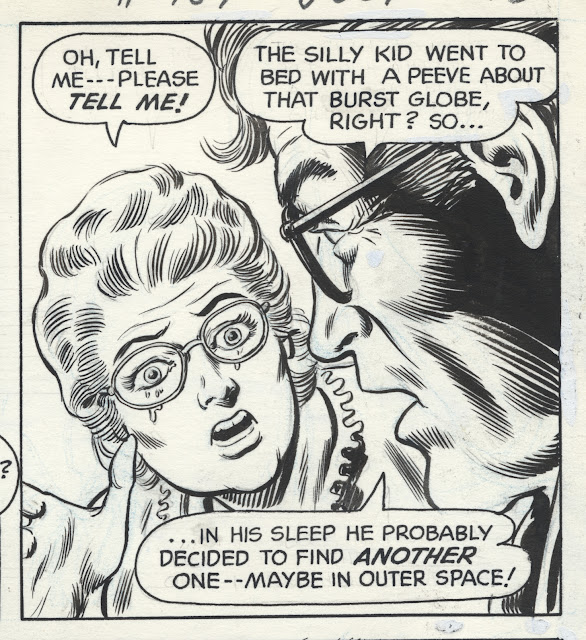 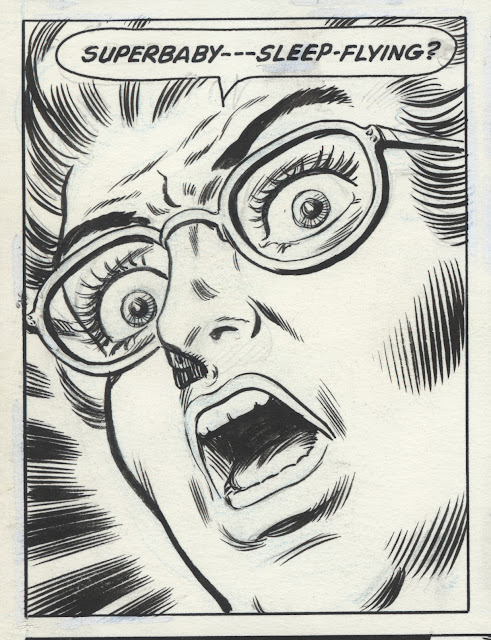 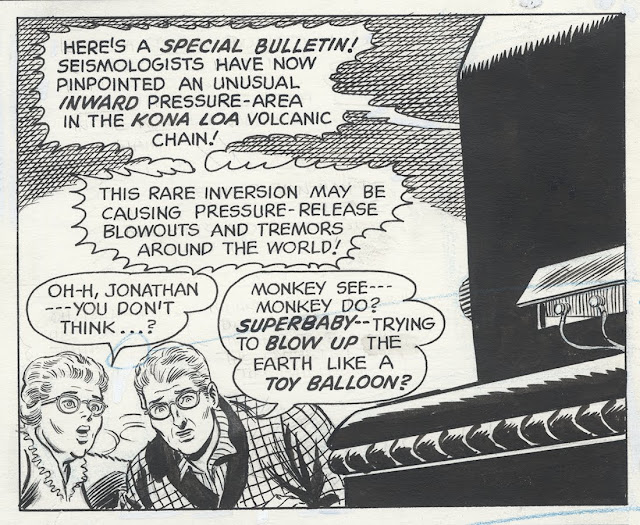 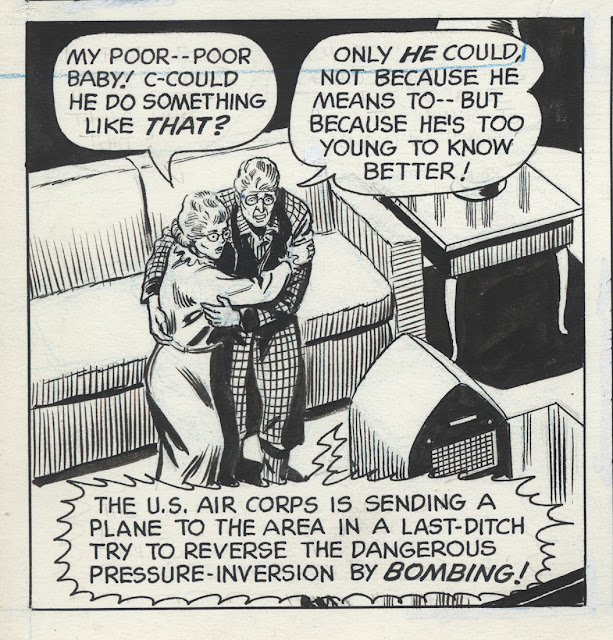 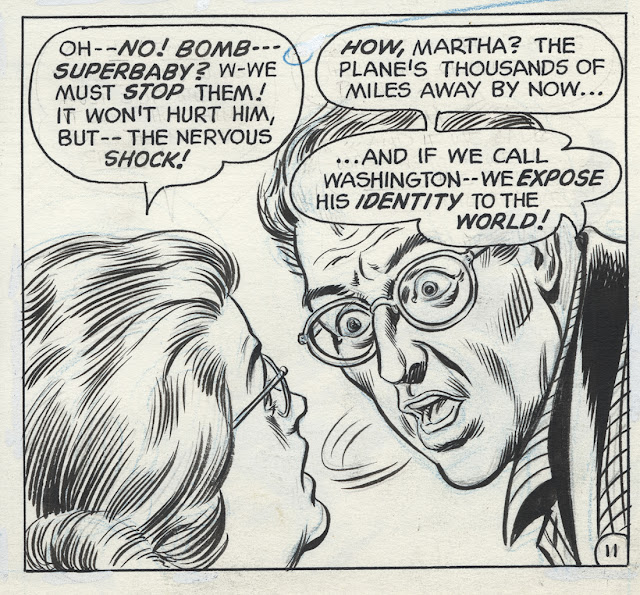 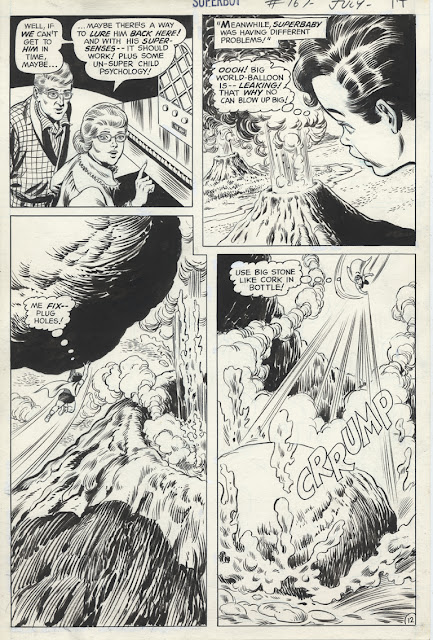 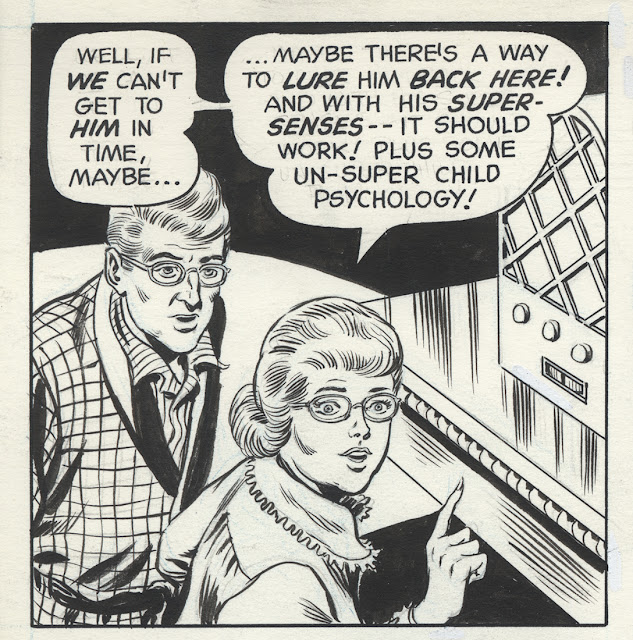 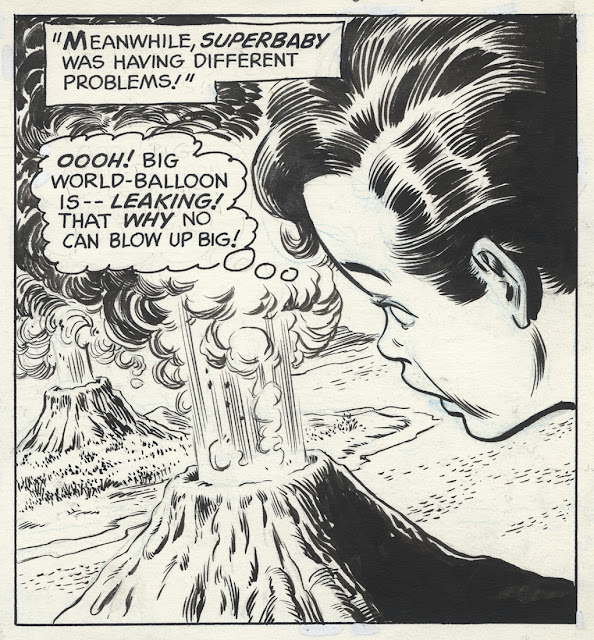 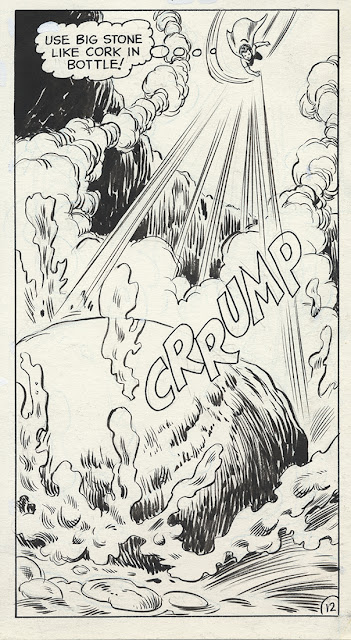