This page is pencilled by Kevin Altieri, inked by Mark Farmer. It was published by Wildstorm in May 1999, around the time that the imprint was bought by DC Comics.

Kevin was tapped by Wildstorm to write and direct its first foray into animation, a feature adaptation of the property “Gen 13”. The movie remains unreleased in the United States because Disney is the copyrights-owner. 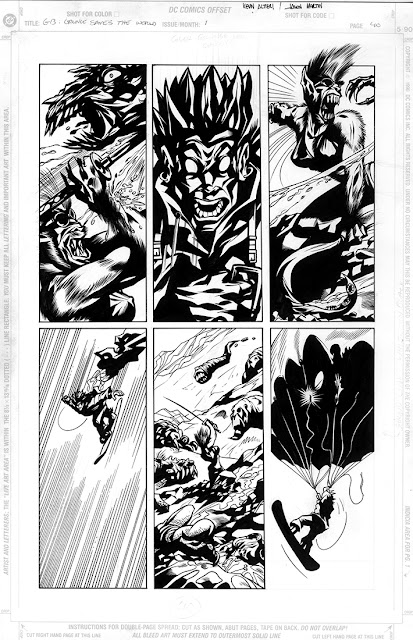