The following is quoted from the Kirby Museum  blog, written by Harry Mendryk:
“Foxhole #4 (April 1955) “Thirty Year Man” page 1 script by Jack Oleck art by Joe Albistur
“This time instead of Jack Kirby, Jack Oleck provided the script for the artist Joe Albistur. It is a great story about a professional soldier and the outfit he first trains and then fights with. The plot is not all that surprising but with it Albistur manages to present some great art. Look at that splash panel. Joe is marvelous at capturing people and their gestures but here he out does himself. There are twelve individuals portrayed, each one uniquely. Only the face of two men are partially visible and yet Joe infuses them with personality. Elsewhere in the story there is a fight sequences with four panels without text. Previously we saw Bill Draut draw something similar. Could Oleck have written Draut’s story also and provided similar directions? Or could both artists have decided to do this themselves? However the decision was made it was an effective device to use in cases like this were the image was sufficient and words were not only superfulous but were actually detrimental.
“This is the second Foxhole piece credited to Jack Oleck. Two scripts are not much to work with in trying to understand Oleck’s writing style, but it is all we have. Actually that is not true. From Joe Simon’s collection I have part of another script by Oleck. That will be the subject of a future post.

I bid for and won 5 pages from this seven page story from Heritage Auction on January 6, 2013. I paid $263.13 for all three pages. As luck would have it, I found an image for the first page on line. I am posting the image of page 1 and the original art for page 2. I will be posting the other 4 pages I own (and, hopefully, the missing page 6, on subsequent days. 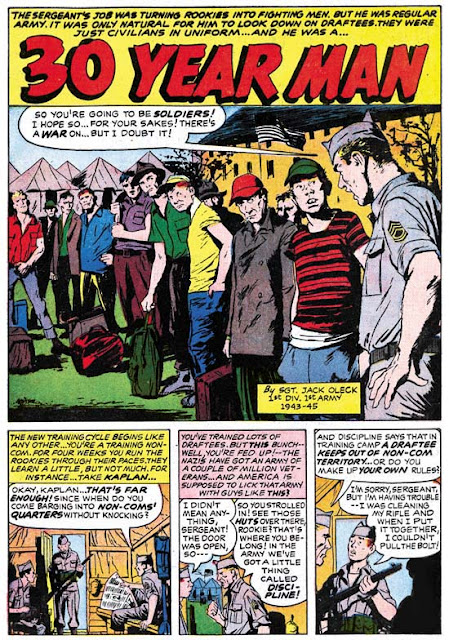 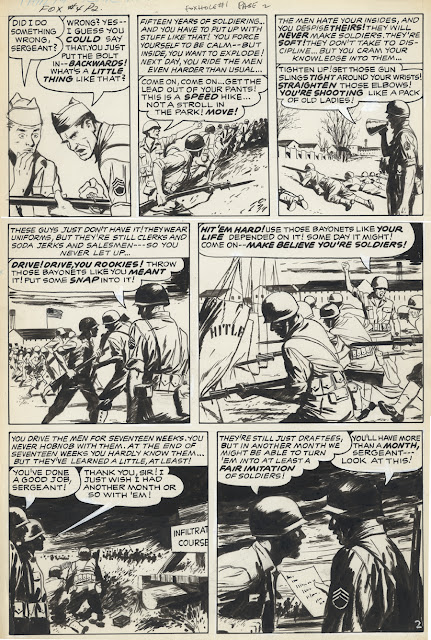 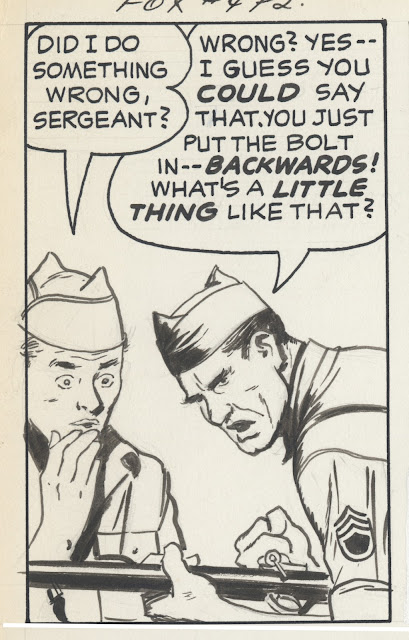 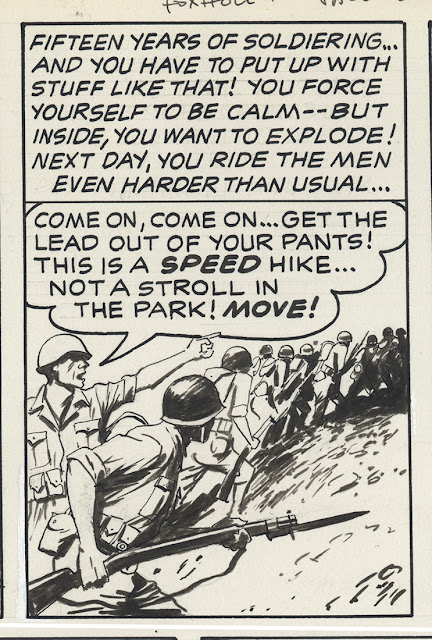 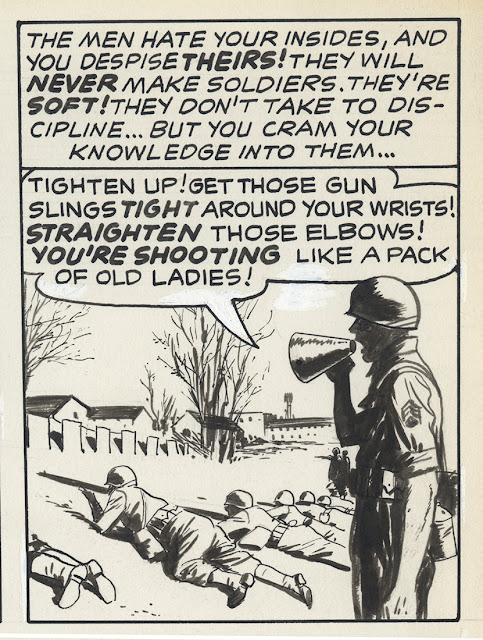 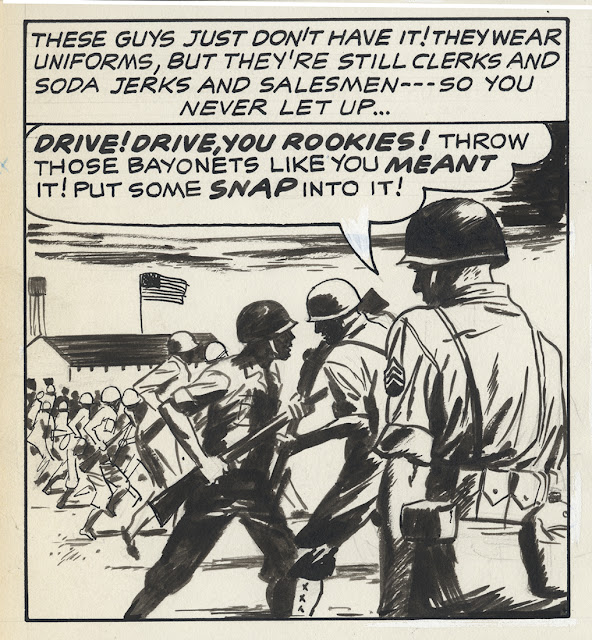 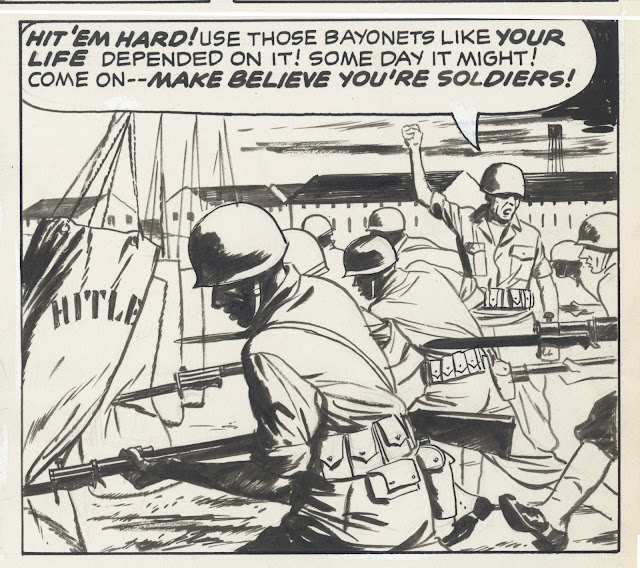 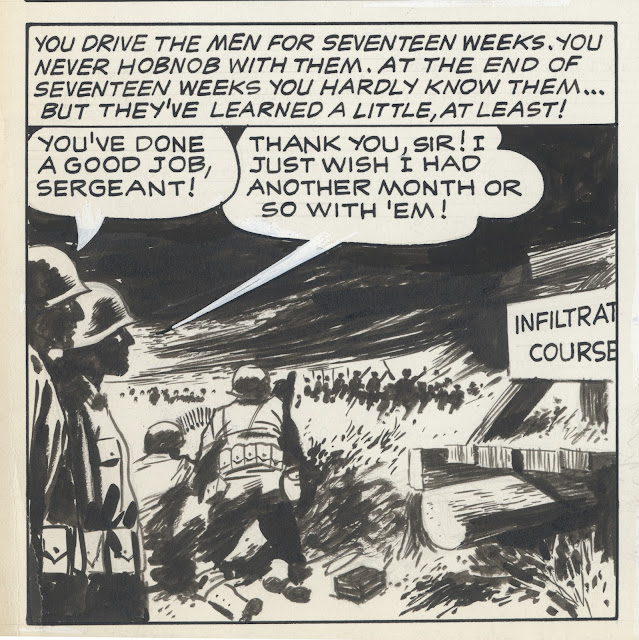 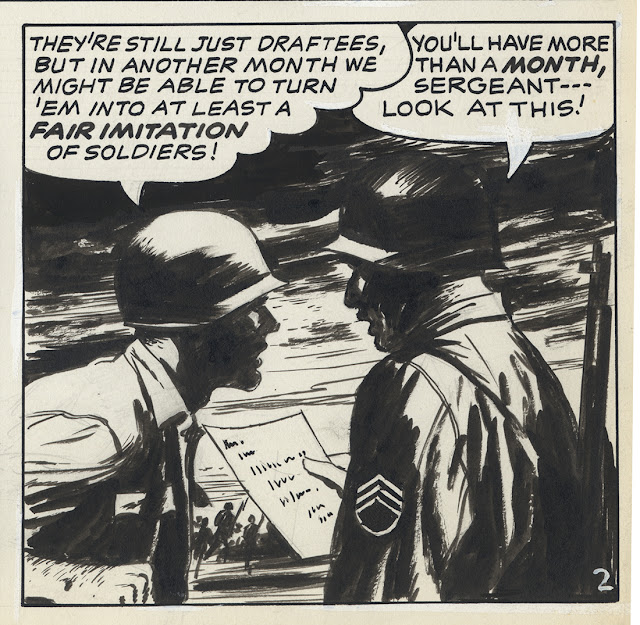