Quoted from https://www.lambiek.net/artist/a/a;bostire_joe.htm
“Joaquin Albistur was an Argentine illustrator and painter, born in Mar del Plata. Under the name Joe (or “Jo”) Albistur, he worked in the American comic book industry (his signature sometimes reads “Al Bistur). He illustrated drive features for Hillman between 1948 and 1954. He worked  at the Simone-Kirby studio in the 1950’s where he illustrated stories for Police Trap (Mainline Comics) and the Feature Comics romance titles. In the 1960s, he drew for Gilberton’s ‘The World Around Us’ and Dell/Gold Key’s Hannal-Berbera titles (‘Yogi Bear’, ‘Spike and Tyke’) as well as ‘The Twilight Zone’ and ‘Zody, the Mod Rob’


In the 1970s, he did some work for DC horror and romance tiltles. In his  home country, he has worked for many advertising agencies, such as Walter Thompson, Yuste and Next. He illustrated many books and drew for magazines lie Vea y Lea, Leoplan, Damas y Damitas, Vosotras, Chicas and Nocturno” 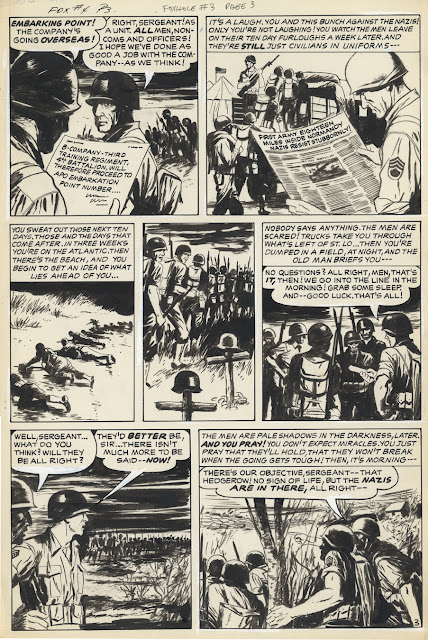