My understanding is that this page is from an abortive ‘Starhawk’ series or (stand-alone) that Marvel Comics planned sometime in the late 60’s or early 70’s.

Dan Adkins seems to have taken John Buscema (circa 1968) as his role-model du jour. Observant fellow comic-art geeks will be able to find the original issues of Submariner or The Avengers where in these poses originally occurred.

I feel like I should have contempt for such nameless swiping, but I must confess, I really like this page. My eye is skillfully led by the shapes, especially the spotted blacks. Panel 2’s diagonal smoke and background shadow shape transition seamlessly, inescapably, to the smoke and flame plume of the crash-landing space-ship in panel 3, accentuated by the graphic of the elevated tram-way in the panel foreground. My eye swings back up to the top-right corner of panel 4, then downward through that panel’s moody Batcave-esque background to the isolated figure seated, waiting, in the bottom right corner of panel and page; very appealing in spite of the gawkish transparency of the figure swipes, In fact that’s part of the charm.

I have a similar reaction to the first art jobs by Mike Grell in Superboy and the Legion of Superheroes, in issues  #202, 203 and 204. The readability and graphic inventiveness more than compensates for the loving plagiarism of Neal Adams present in every panel. 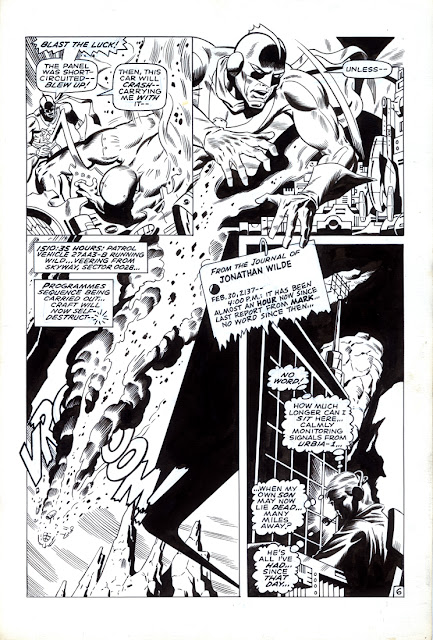 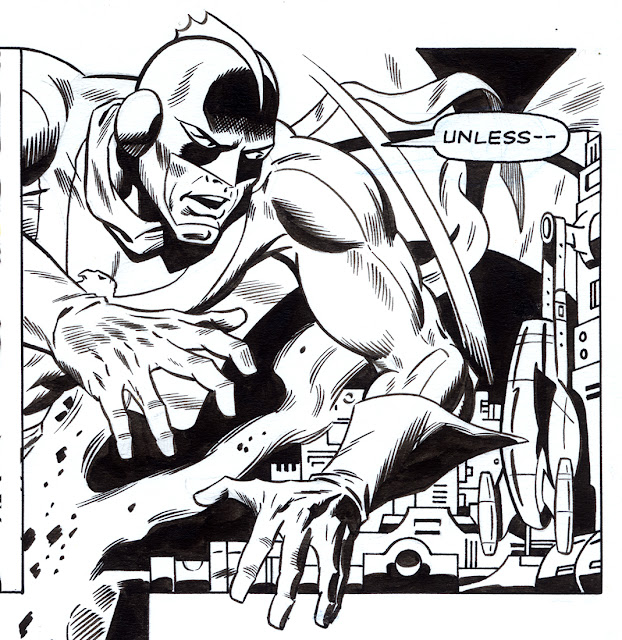 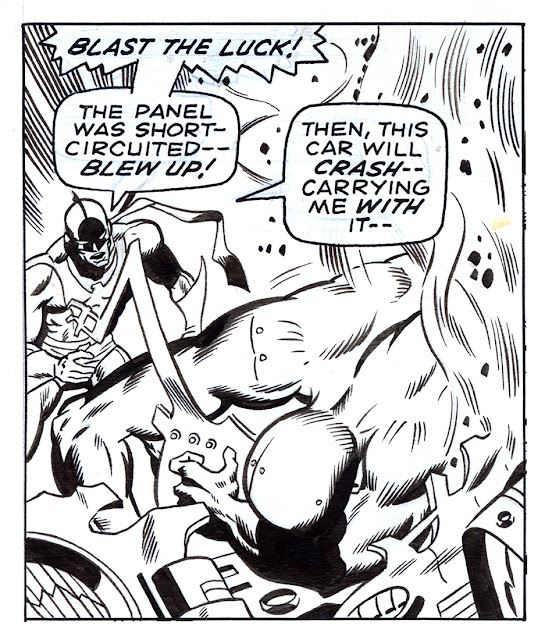 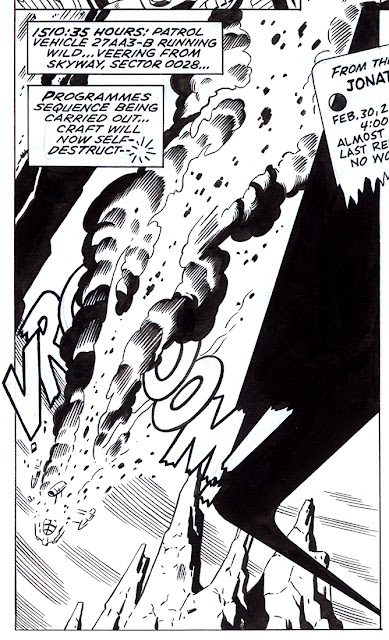