Dan Adkins, pencils and Inks. Archie Goodwin, writing the story “It”. First published in Eerie #10, by Warren Publishing, in 1966.

This was one of the first comic books (in this case, magazine) that I bought as a child. I’m not sure what drew me to it. (My usual fare in those days were Archie comics or Mad Magazine.) Eerie #10 stands out in my mind as my first exposure to Neal Adams (“Voodoo Drum!”), although it didn’t occur to me as a lad of 7 years to attach a bi-line to works that I enjoyed (This didn’t start to happen until I was 12). Actually, I don’t think “enjoy” is the right word; I would get nightmares from reading magazines such as this. Yet I kept coming back for more.

In any case, here we have the original artwork to page 6 of “It”, by Dan Adkins. Always the stylistic chameleon, in this case he moves from mimicking Wally Wood over at Tower Comics to drilling down on Al Williamson from the elder statesman’s early 50’s EC period, with “Beast From 50,000 Fathoms” thrown in. As with his model, Adkins strongpoint is his facility with pen and ink, more so than his staging or posing which tends to be somewhat wooden. In a way, I prefer this to Williamson; Adkins is not as slavish a photo-referencer that Williamson. 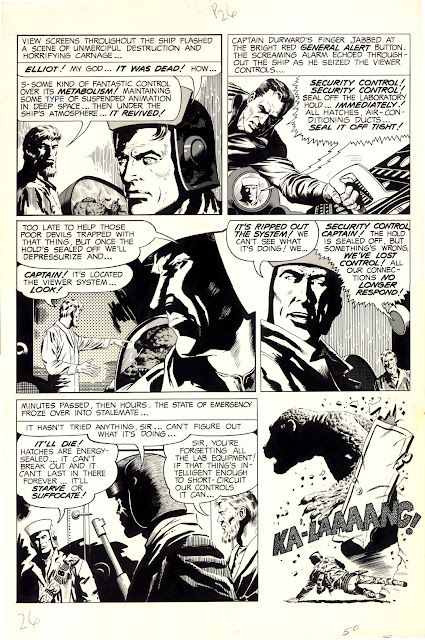 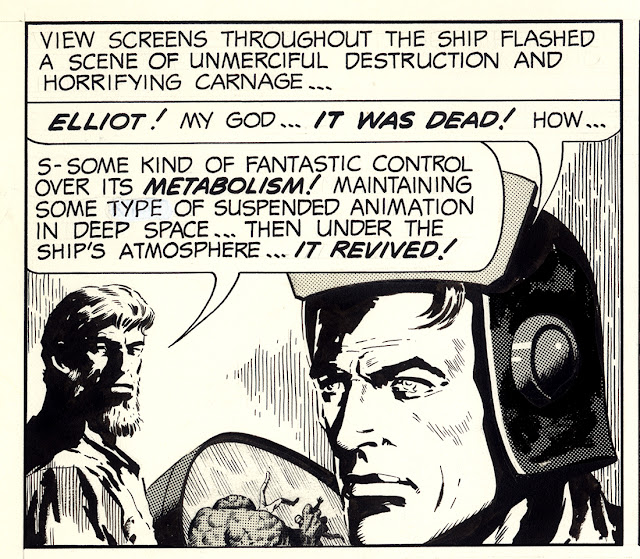 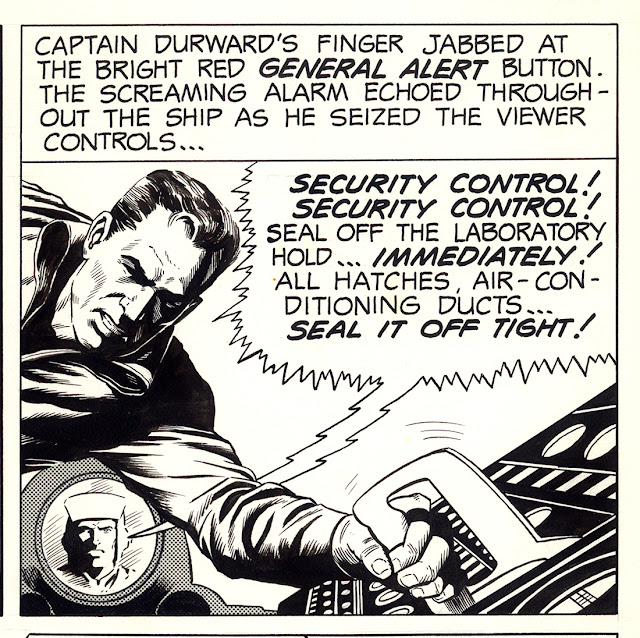 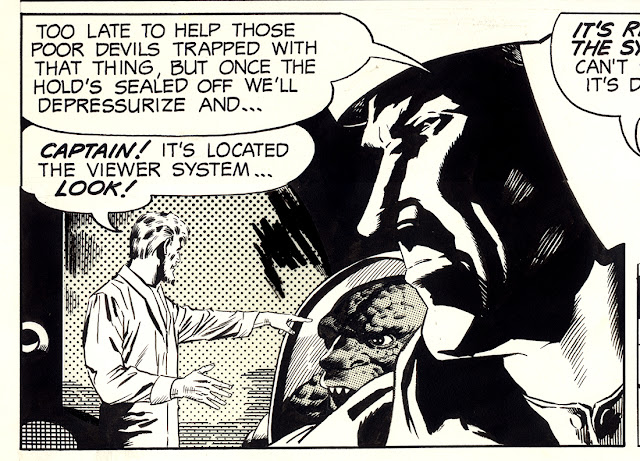 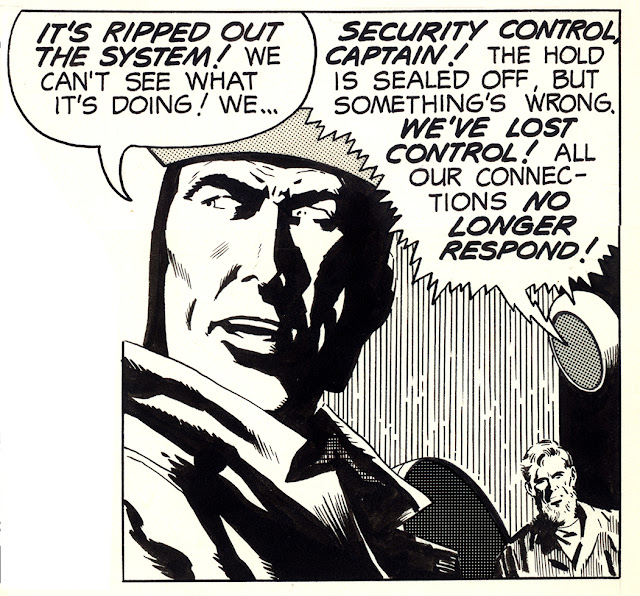 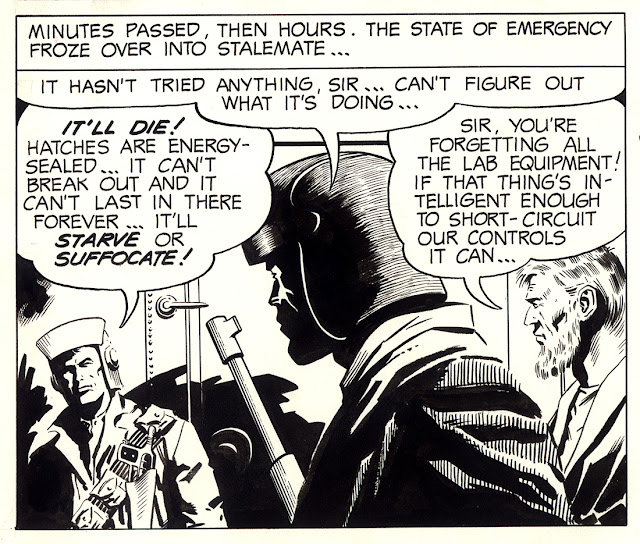 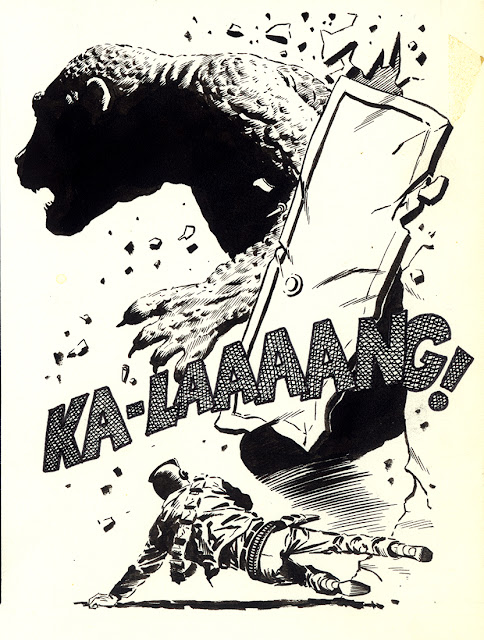