This page is pencilled by Kevin Altieri, inked by Tom Mandrake. It is from issue #4 of “Buck Rogers XXVC”, (the 10 issue “game module” (a comic book with a board game and punch-out game pieces in the centerfold) spin-off thereof). Kevin was the penciller on the “Black Barney” back up stories, beginning in issue #2. That sub-series took over the book due to the sheer, compelling gusto that Kevin bought to the art, even taking over the writing on later installments.

This page was a gift from Kevin.

I met Mr. Altieri in 1984, while working alongside him on the “Kid Video” animated TV series at DIC Entertainment. Specifically, I was tasked with trimming 100 scenes from the storyboard to an episode’s storyboard. The story was written in 3 acts, Kevin doing the 3rd. There was nothing in Act 3 I could cut- it was tight and fun and imaginative. Actually I could cut one thing: the episode’s villains were a small team of anthropomorphized wolves. Kevin took it upon himself to add a tween-age wolf to the cadre to increase comic relief. To my apologetic regret, I was able to cut a couple of scenes by getting rid of the kid wolf.

Kevin and I worked together at DIC until 1988. He was promoted to Director, guiding the creative team to which I belonged, on such series as “The Real Ghostbusters”. “ALF”, “ALFTales”, “C.O.P.S.”, and “Little Golden Book Land”. This team was dissolved  in 1988, which indicates that Kevin’s tenure on “Black Barney” was bookended by the D.I.C. firing and his hiring on “The Batman Animated” series at  Warner Animation.

I had been attempting to break into the comic book industry since college. I would whip up a new set of samples for each year’s San Diego Comic-Con and be rejected. I gave up trying in 1988.The kind of work I aspired to and the kind being bought were diametrically opposed; the cadre of artists who later formed Image Comics were darlings of the industry. I thought their work was WRETCHED, wanted nothing to do with it.

Then Kevin found success with “Black Barney”. Seeing it gave me hope there might be space for me in the comics industry and I renewed my efforts. 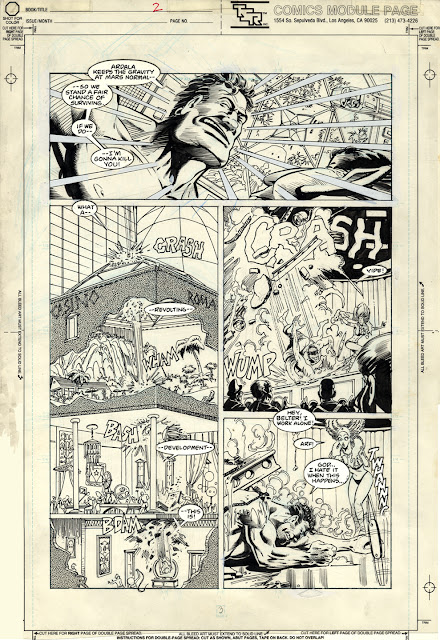 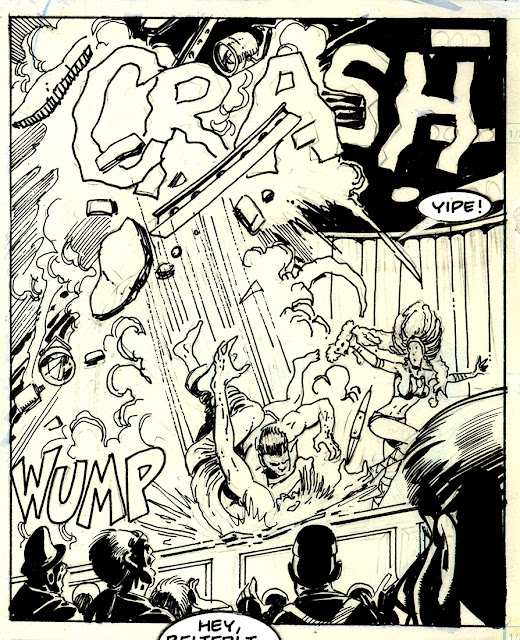 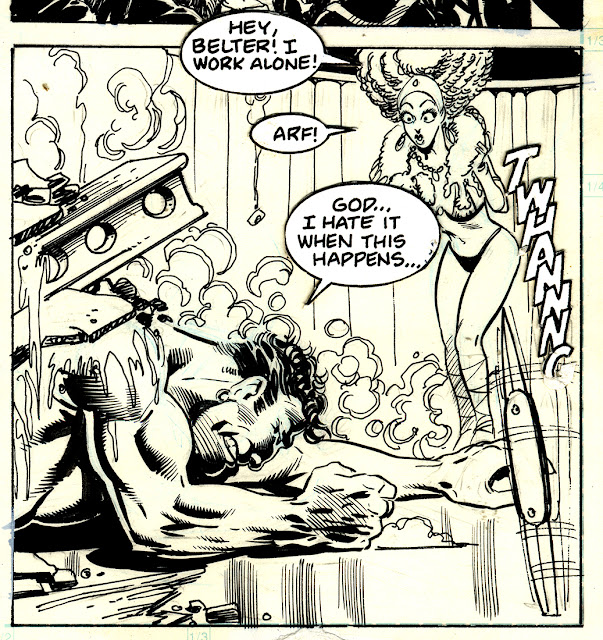