BLUES BROTHERS, FILM ROMAN/EPOCH INK
“The Blues Brothers Animated Series is an unaired, 1997 animated series that would have aired on UPN. …but for unknown reasons, the series has never aired and has yet to be leaked to the public” (https://lostmediaarchive.fandom.com/wiki/The_Blues_Brothers_Animated_Series_Episodes_1-10_(1997)

Film Roman was the producing animation studio, and subcontracted at least two episodes to Epoch-Ink, founded and run by my friend, Joe Pearson; I directed this episode :”Piano Mover Blues”, and storyboarded the two musical sequences. This sequence was boarded to accompany “Sleepwalk” by Santo and Johnny. Unfortunately my never-produced music video had to clock in a minute. 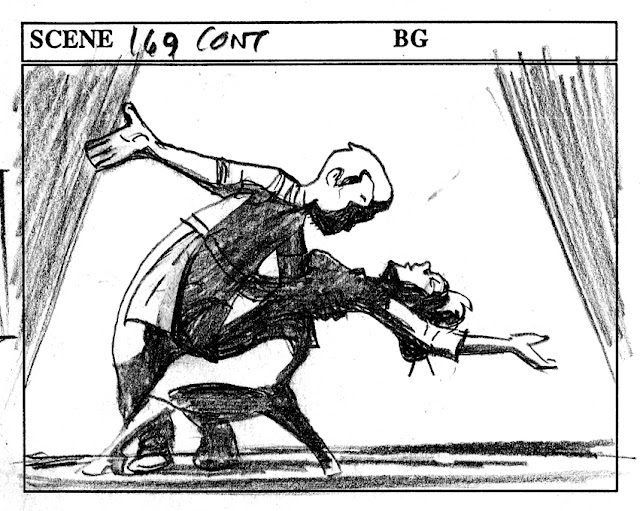