These are original pages from the animated spin-off of the ALF live action television series. This episode was in pre-production in the summer of 1987, and premiered in the fall of ’87 or spring of ’88. The animation studio was D.I.C. Animation; I don’t recall which network. The name of the episode was “Salad Wars”.
During my second tenure at D.I.C. in 1987 and 1988, I was working under producer Richard Raynis and director Kevin Altieri (for the most part). Richard was running the D.I.C. prestige unit, producing the product meant to demonstrate that the studio was more than a schlock shop. I was utilized doing roughs that a dedicated crew of clean-up artists would refine. As I recall, the clean-up crew was Ken Kinoshita, Marcelo Vignali and Paul Wee.


However, these 4 pages were cleaned by Dan Riba, who was a fellow full-storyboard artist. I’m not sure why he has helping out doing clean-ups (I can’t imagine that he wasn’t busy). I’m also flabbergasted by the beauty, subtlety and delicacy of his renderings over my roughs. The irony is that all of these pages were cut from the shipped board. As far as I know they have never been seen. i am grateful that I had the foresight to save them for posterity. 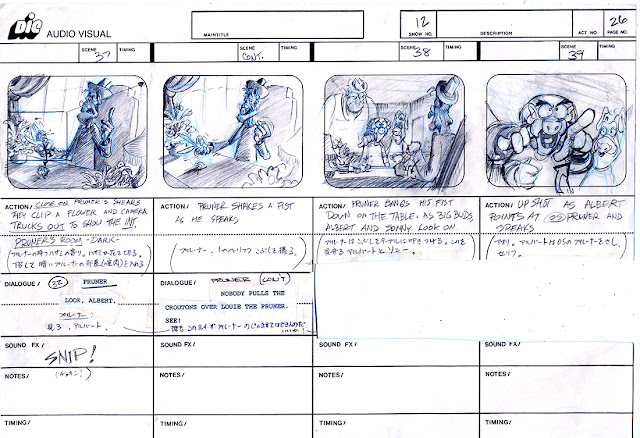 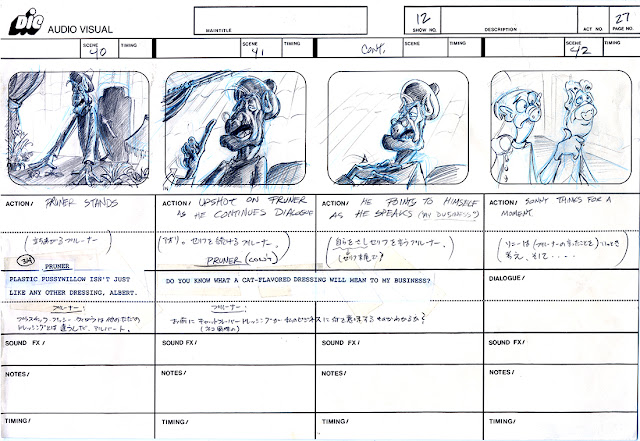 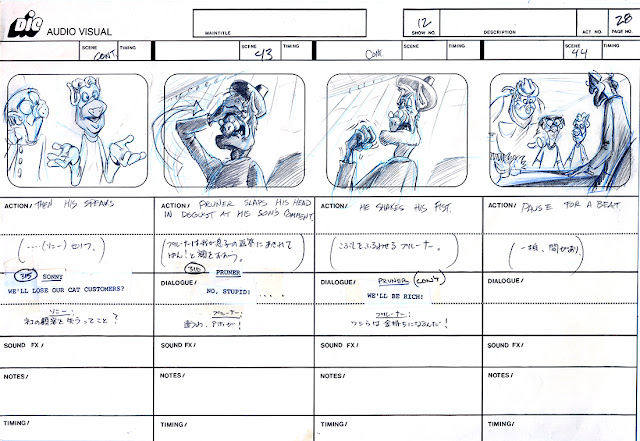