This is image #9 of my on-going series sharing the pages of the scrap book of Minnie Holsinger, which she collected in the 30s and 40s while she and my Grandfather Charlie Holsinger were saving to buy a farm.
This illustration appears to be from an early 40’s issue of “Country Gentleman Magazine”.

Facebook acquaintance, David Clemons, identified the artist as Amos Sewell. On the website pulpartists.com, David Saunders writes, “Amos F. Sewell was born June 7, 1901 in Oakland California. …he sold his first drawings to Street & Smith (in between 1921 and 1929). In 1937 he began together assignments from slick magazines such as Country Gentleman and later for The Saturday Evening Post. (He) died…. at the age of 82 on October 30, 1983. 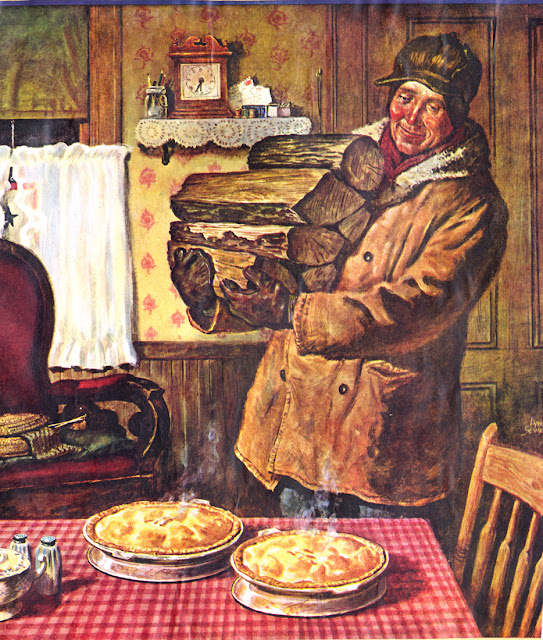