My maternal grandparents, Charles and Minnie Holsinger, lived in Kansas City, Kansas. Charles worked as an ice-delivery man, saving his money so that the family could buy a farm. He made the final payment in 1947 and moved the family to out their new home, near the Oklahoma border.
Minnie kept scrap books durning the 1930’s and 40’s, clip from magazines of the period. They bespeak a nostalgic longing for country life; I wonder how the actual experience measured up to her dreams. I never spoke to her about it. Growing up in Anchorage, Alaska, I only saw her a handful of times when she was alive.


Some of the material she saved is kitschy to my jaded, cynical eyes, but some of it is quite beautiful. I am always struck by the level of craft that was commonplace, taken for granted in illustration and cartooning in the early half of the 20th century. This painting is a case in point. It is signed by Ralph Palley Coleman. He worked extensively for Saturday Evening Post, Libery, Needlepoint, Motor Age and other magazines in the 1920s to the 1940s. 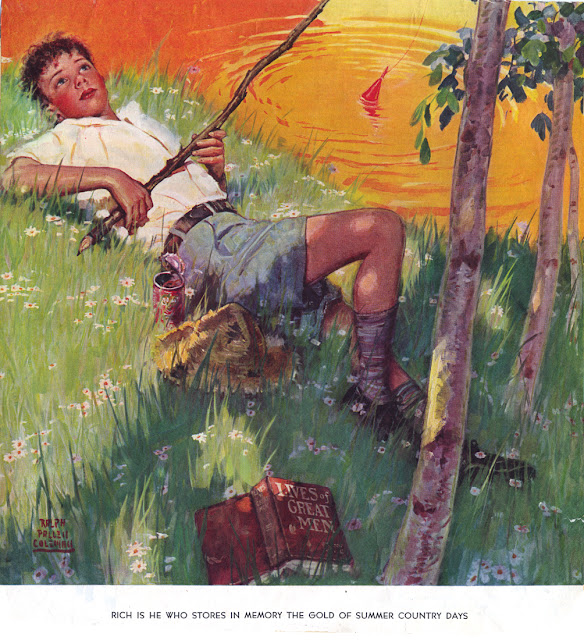