This is image #2 of my on-going series sharing the pages of my late maternal grandmother’s scrap book which she collected in the 30s and 40s.
Today’s illustration is by John Henry “Hy” Hintermeister (1869-1945). To quote the biography on askart.com, “… was born inn 1869 in Witherthur, Switzerland. After studying art at the University of Zurich, John turned down a teaching position in favor of immigrating to the United States, where he found work as a courtroom artist for a local New York paper.
“His successful courtroom works soon shifted focus to illustration and magazine cover art. He worked with several calendar art companies...
“From the 1890s-1940s John, along with his son, Henry, worked together producing over 1,050 illustrations that were reproduced as prints and as jigsaw puzzles.  Both artists used identical signatures making distinction of their work nearly impossible.


Both Hintermeister's works display a sense of humor, whether depicting setter pups or friends' fishing antics.  They were a prolific and well-respected team.” 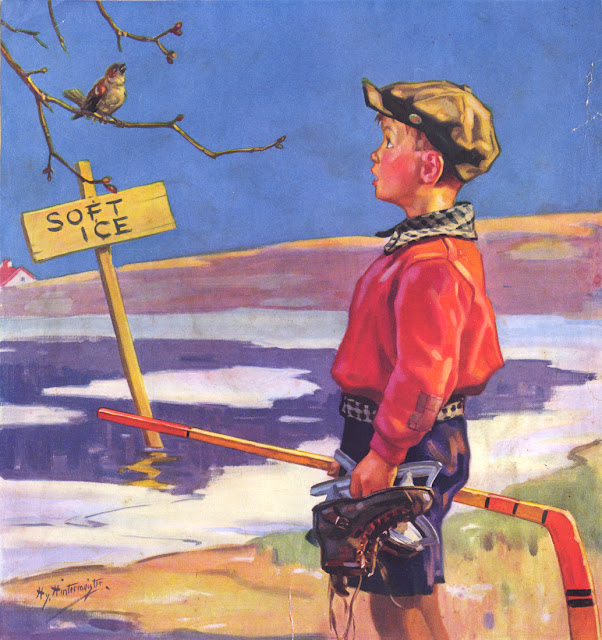