Heart of Steel, Part Two, Act Three (Part Seven)
Herein I present pages 93 through 103 to Act Three of the storyboard to the Batman Animated series episode #44, entitled “Heart of Steel Part Two”. This episode was directed by Kevin Altieri. I am posting the storyboard in serialized fashion. I boarded this section.

What I recall about boarding this sequence is that it seemed to keep going on and on; each new paragraph of script was a whole new set-up that had to be established and played out. I was bearing down on the Noon Friday deadline for rough boards and felt like I was chasing an ever-receding finish line. In desperation, I went to Kevin (Altieri’s) office and said, “I don’t think I can make deadline!” Kevin said “Do your best.”

So I did. My objective was expediency, of getting through each new development as tersely as possible. I think I made deadline at 5:00PM instead the the expected noon. 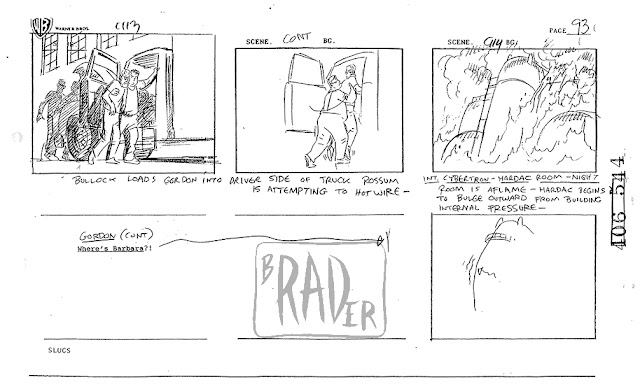 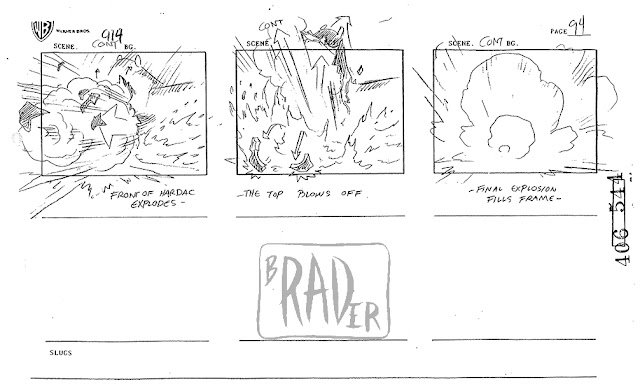 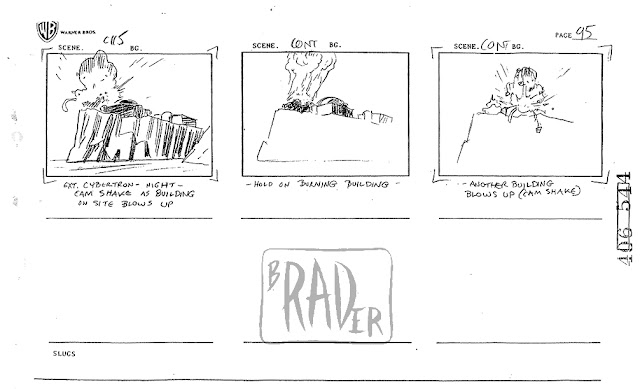 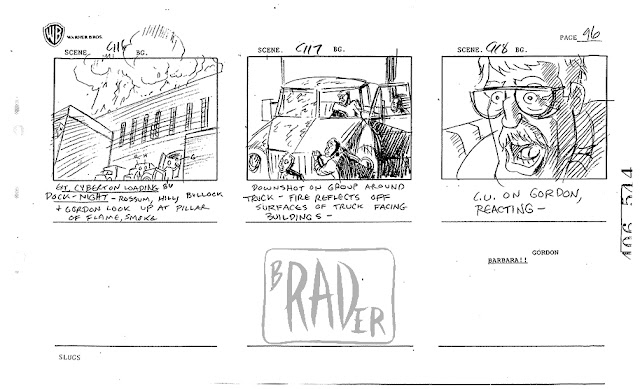 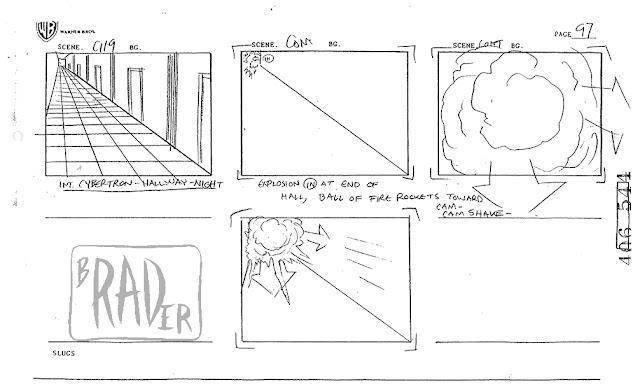 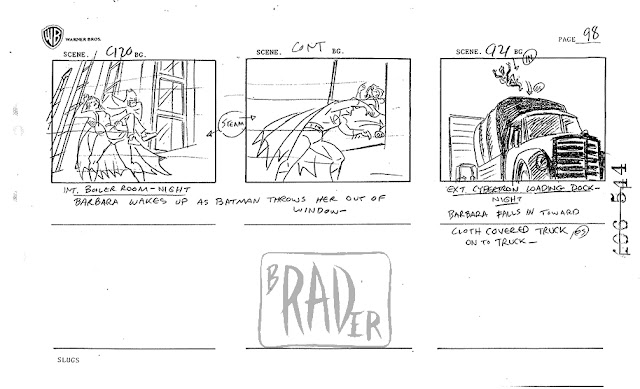 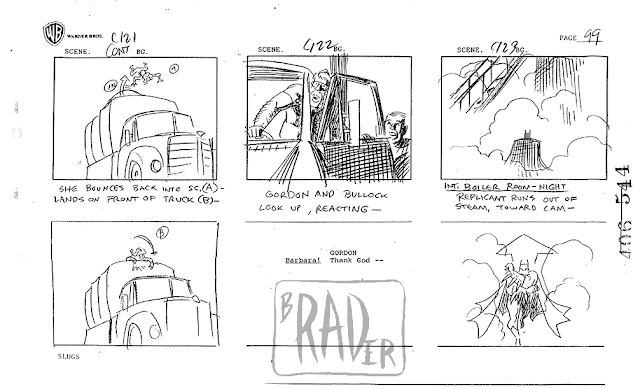 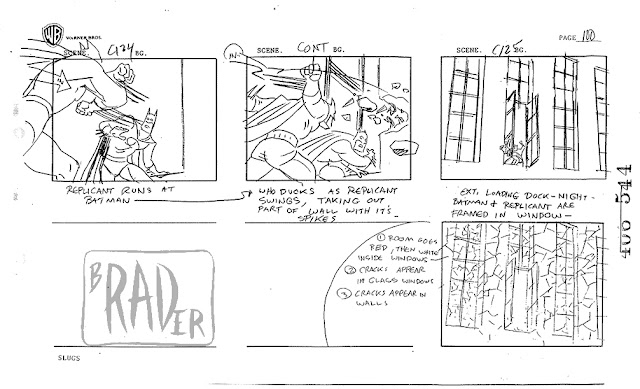 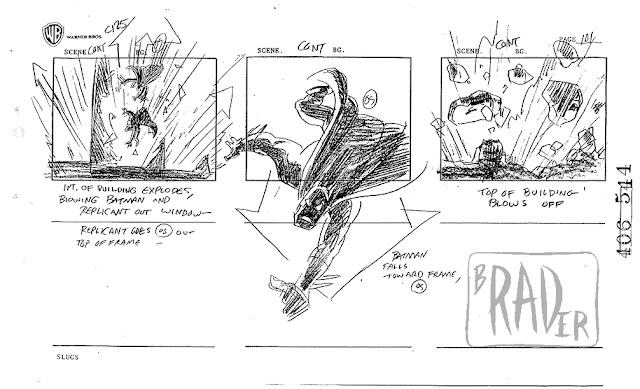 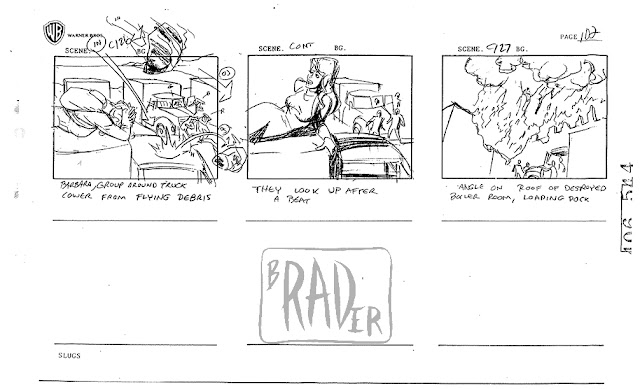 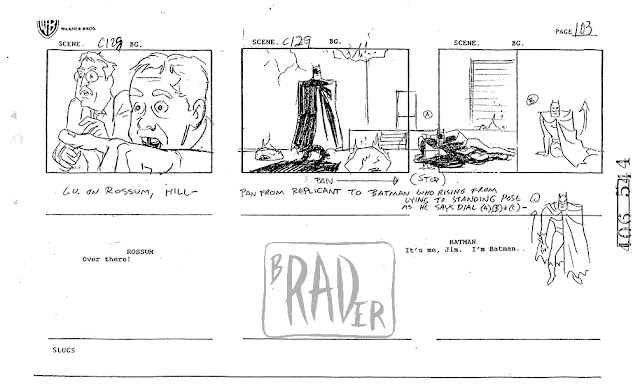