Heart of Steel, Part Two, Act Three (Part Five)
Herein I present pages 65 through 81 to Act Three of the storyboard to the Batman Animated series episode #44, entitled “Heart of Steel Part Two”. This episode was directed by Kevin Altieri. I am posting the storyboard in serialized fashion. I boarded this section.

At long last, the climactic moment has arrived, storyboard presentation-wise. The  rest of this storyboard is unique and special in that it was cut, in its entirety, from the episode-as-aired. It was simply TOO LONG, in spite of all my efforts to be as cinematically terse as possible. Bruce Timm (the co-producer who had his fingers in the storyboarding pie) and Kevin Altieri (the episode director) were unable to find any way to trim the fight scene, so they simple excised it, saving Robo-Batman to feature in a later episode.

Once again, I was working ahead of the design crew, and had to design C86 myself.

Re: Robo-Batman’s telescoping Batglove spines (and later ears); I, no doubt, had seen Terminator 2, and was influenced by the advanced second-generation Terminator, with its shape shifting capabilities. I don’t recall how much help I got from the script in staging this fight. I don’t know if I was familiar with Kevin’s fight scenes with the old men robots and Randa Duane. It’s interesting to note the different in “acting” styles twixt Kevin’s sections and mine; his robots were agile, spider-like; my Robo-Batman was stiff, mechanical

My favorite part of this section is C93-97, where Barbara tries to whack Robo-Batman with a really heavy wrench and is knocked onto her ass for her troubles. 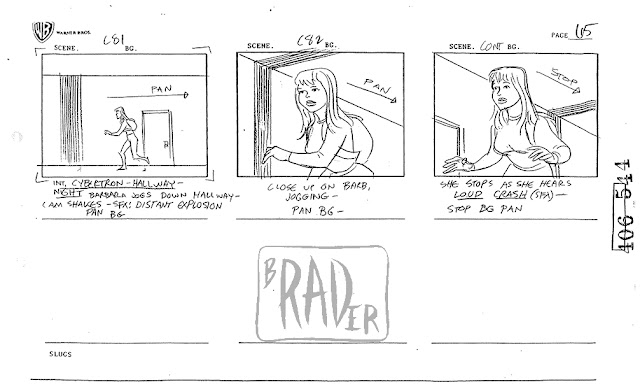 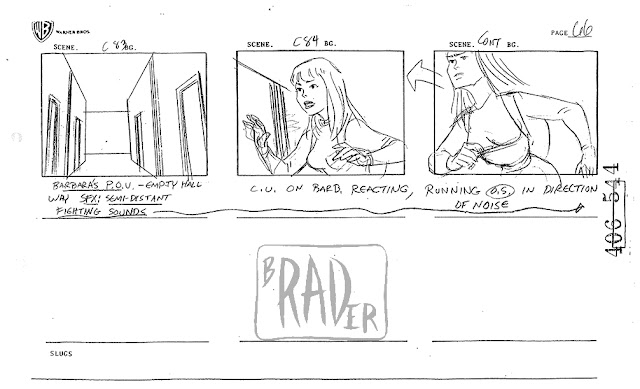 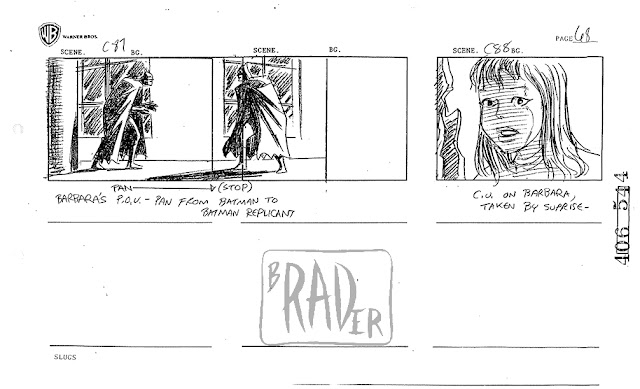 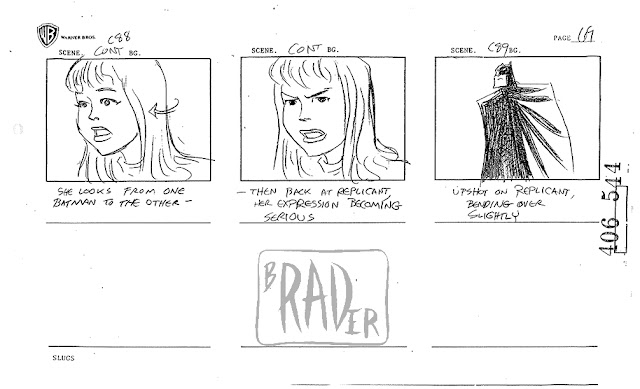 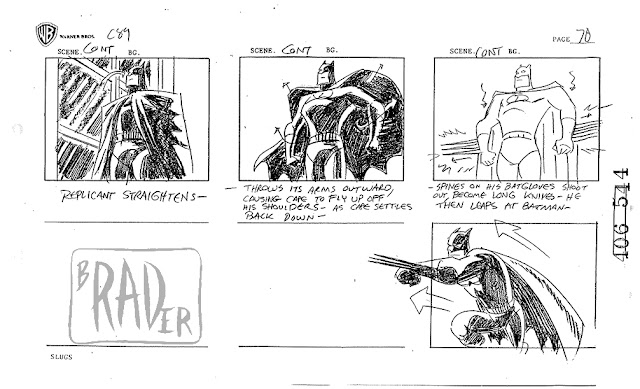 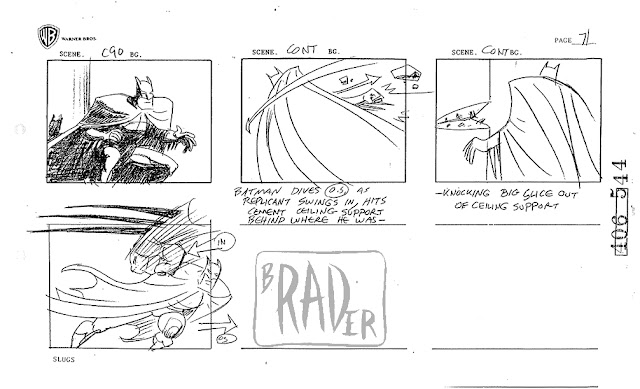 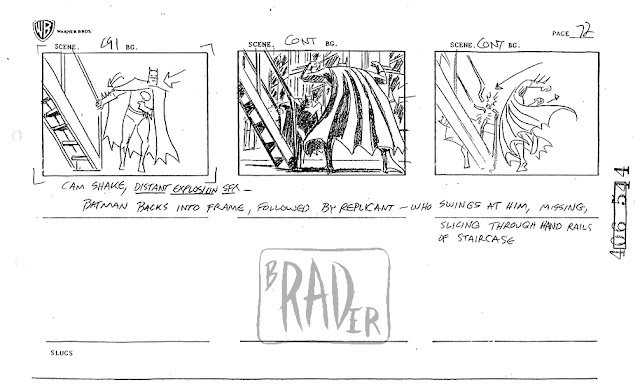 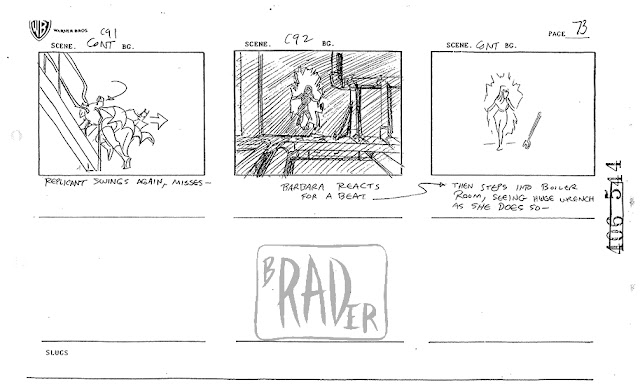 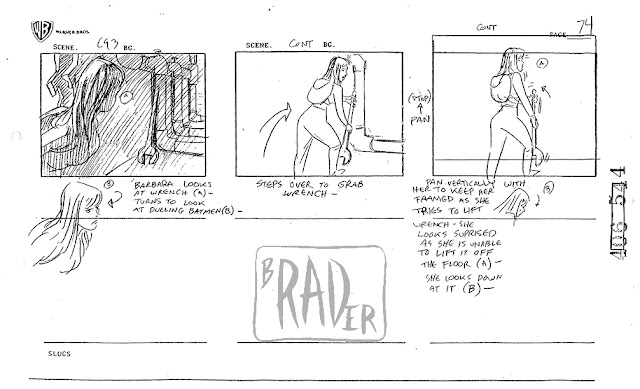 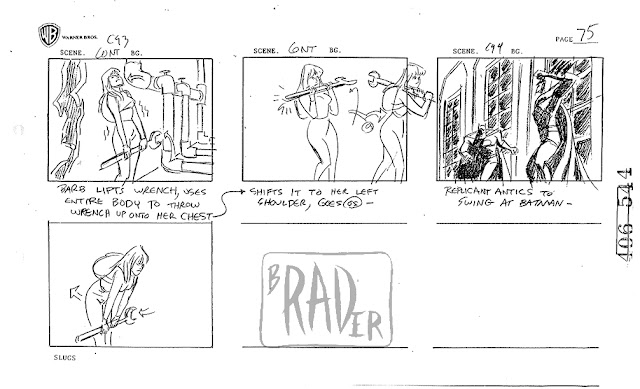 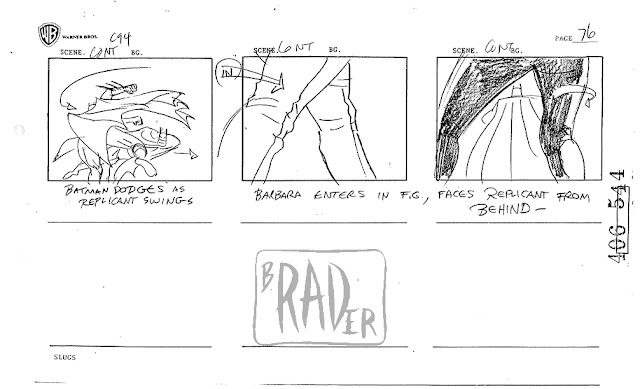 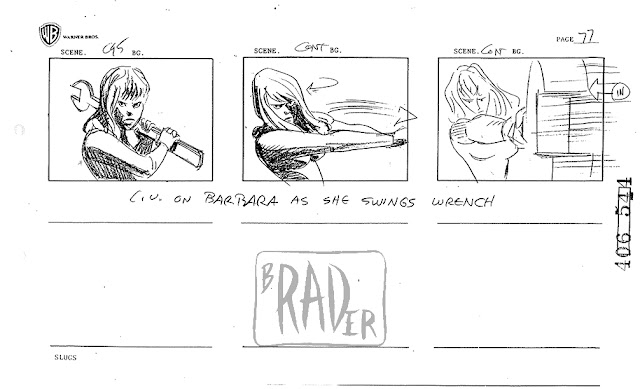 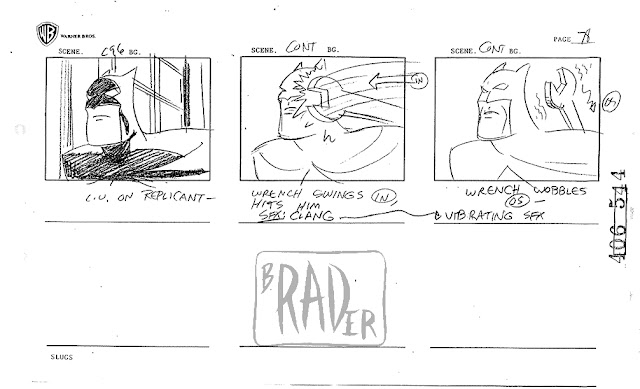 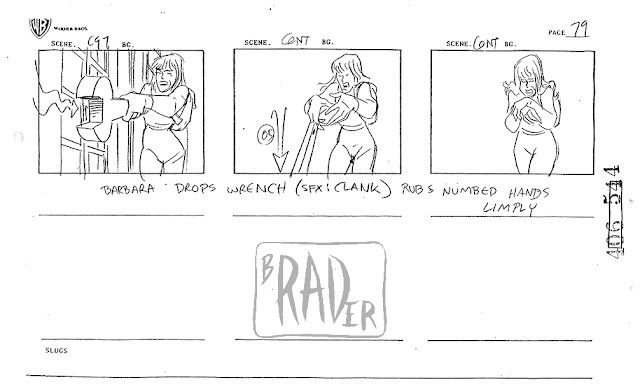 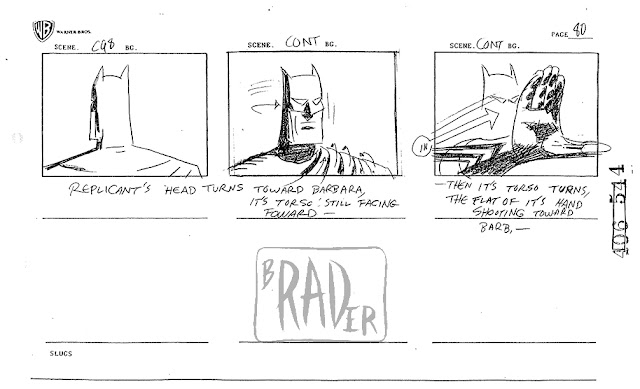 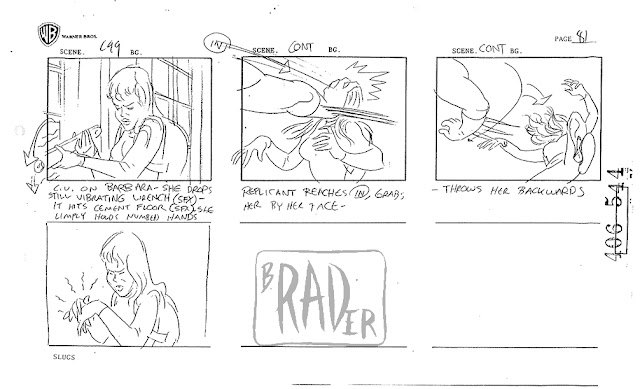