Herein I present pages 21 through 42 to Act Two of the storyboard to the Batman Animated series episode #44, entitled “Heart of Steel Part Two”. This episode was directed by Kevin Altieri. I am posting the storyboard in serialized fashion. Mark Wallace boarded this section.

In fight scenes, we usually couldn’t let Batman get too violent on his adversaries. However, in this case, the opponent was a machine, so Mark Wallace had carte blanche to pull out the ultra-v stops. Especially amusing was Robo-Bullocks fall into the Bat Signal, which doesn’t de-activate “him”, but merely unmasks “his” true nature. I especially like the touch in B54, where pieces of its skull fall off or unhinge as it rises toward camera.

The fun culminates with Robo-Bullock’s decapitation via Bat-Star. Especially endearing is the lovingly delineated scene B60. We start with a medium close-up on the headless torso; the skull falls into frame in C.U., settles. After a beat, Batman’s foot enters, gently kicking the lifeless object. Bitchin!

I would be remiss not to point out, as well, scenes B52 and B53, where Barbara reacts with instinctive horror and grief to (as far as she knows) Bullock’s horrific demise. This sort of human touch was one of the things that made the series top-notch, in my opinion.

I want take this opportunity to point out one of my beefs with fight-scenes in the Bruce Timm produced canon of Warner Brothers/DC superhero adventure cartoons: When a foe of superior strength gets his/her arms around around the hero/heroine they don’t hang on to their prey and crush the life out of them. They (the villains) invariably throw the hero/heroines across the fight-space, thereby losing all advantage. This ridiculous lapse in common sense occurs with numbing repetition in similar situations, adding triteness to the sin of illogic.

In the case at hand, this is mitigated in two ways: Firstly, it appears early (1992) in the cycle, so had not yet become cliche’. Secondly, i like the bit in scene B 30, where Robo-Bullock spins Batman around before throwing, effectively emphasizing how totally outmatched Batman truly is. It is actually unnecessary, a graceful little filigree on the part of the ostensive brute, adding a discordant note of humor to a surprisingly desperate situation. Bravo, Mark Wallace. 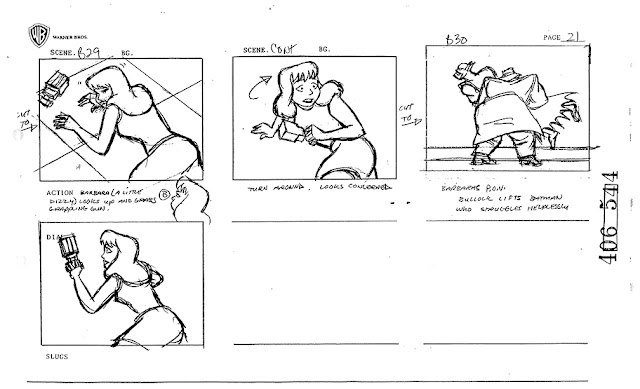 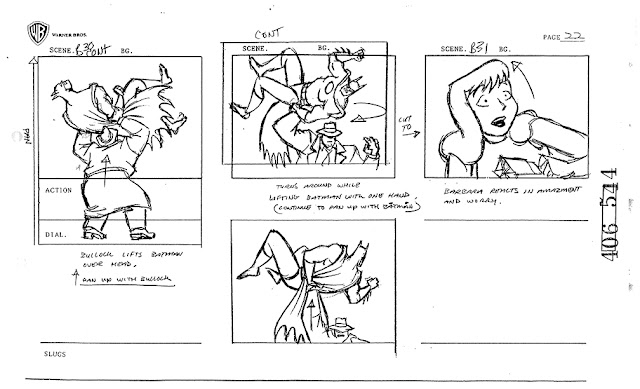 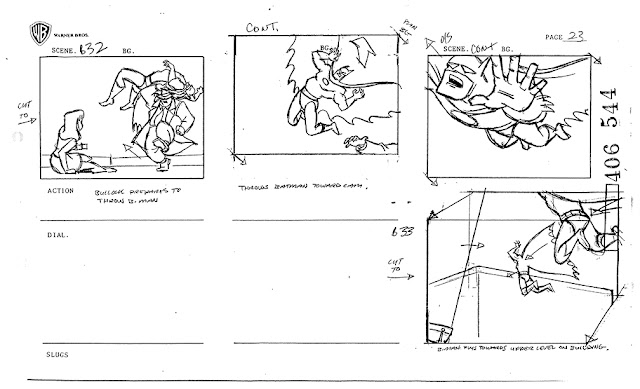 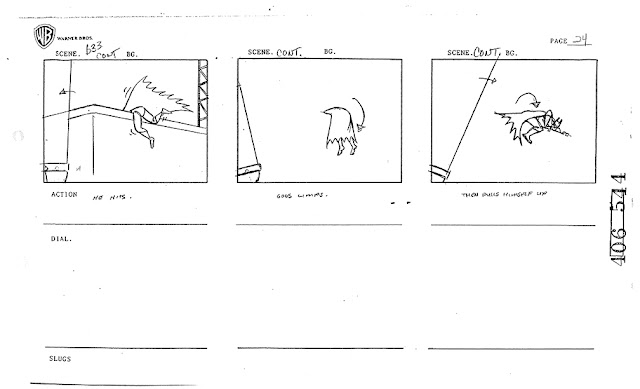 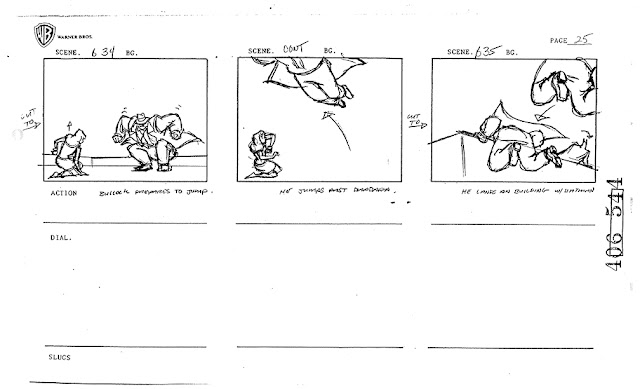 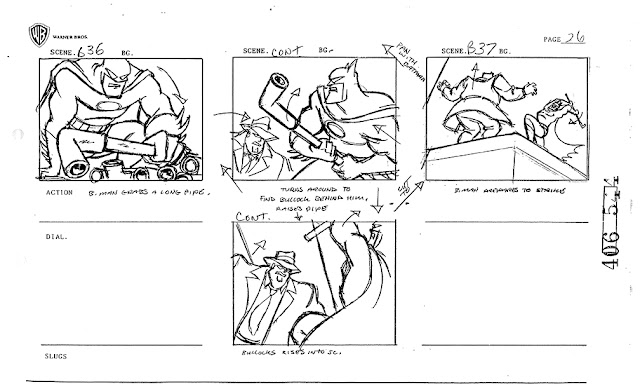 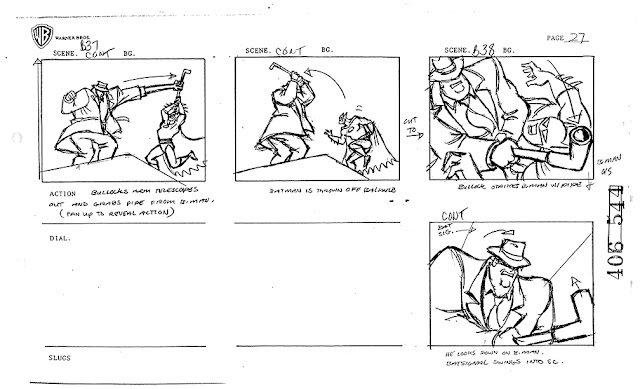 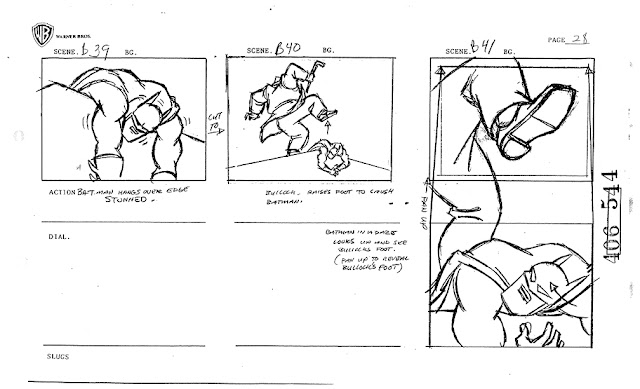 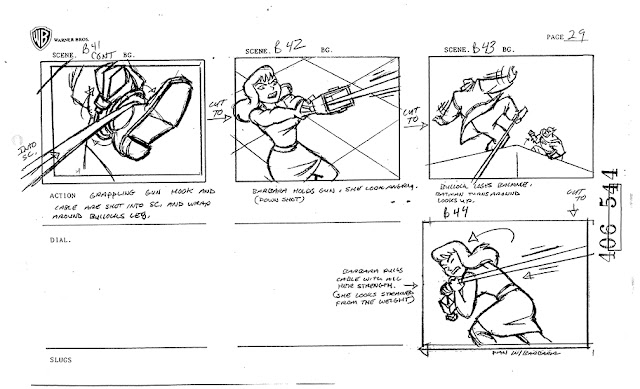 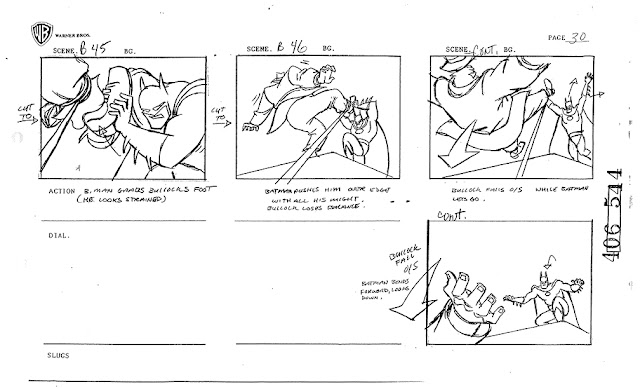 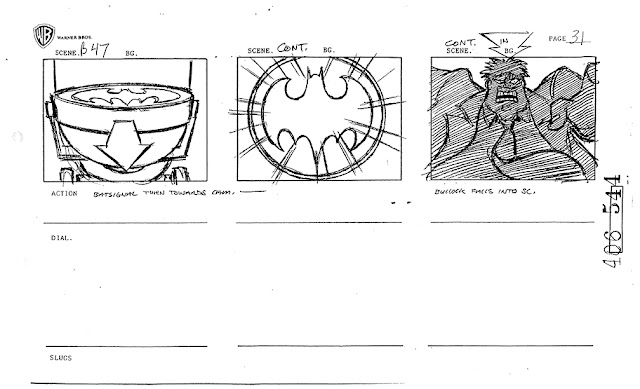 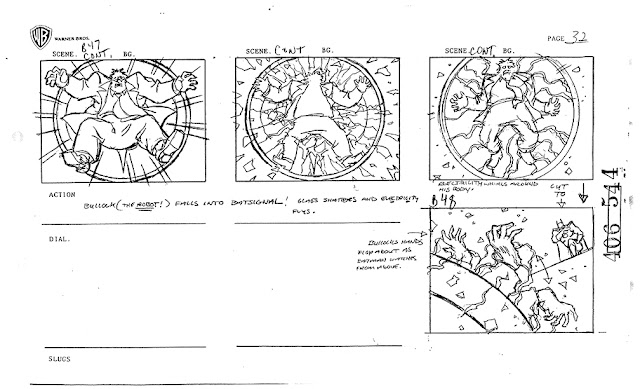 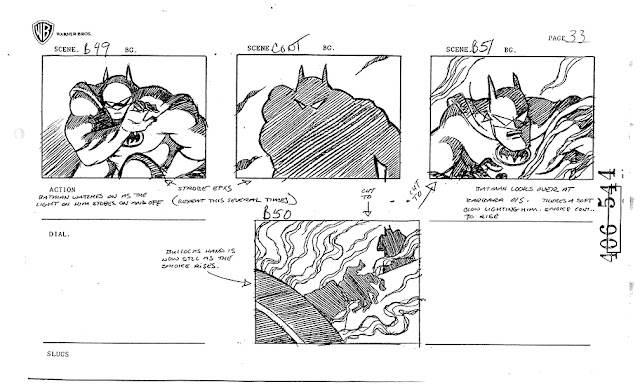 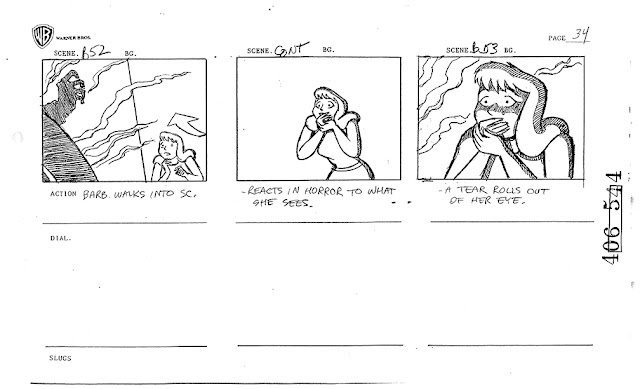 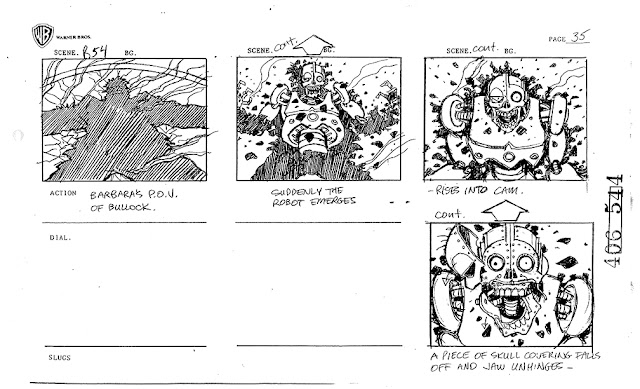 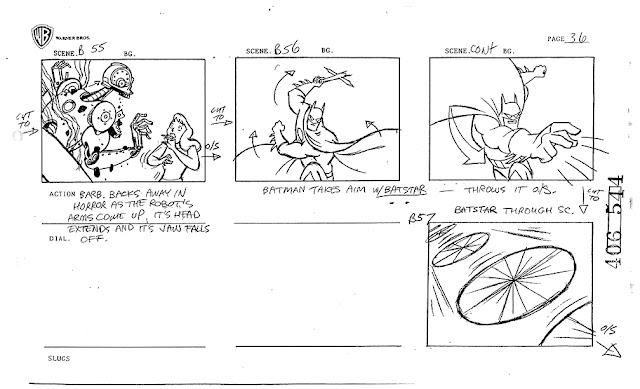 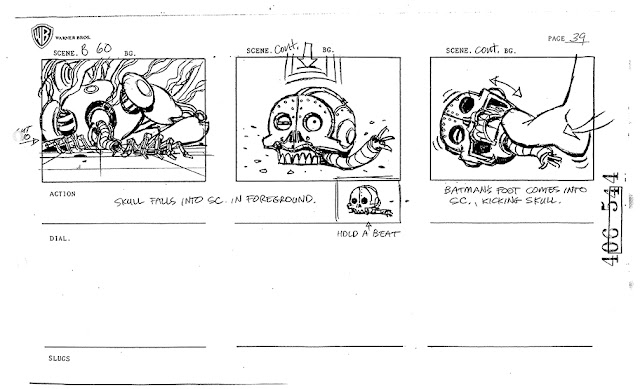 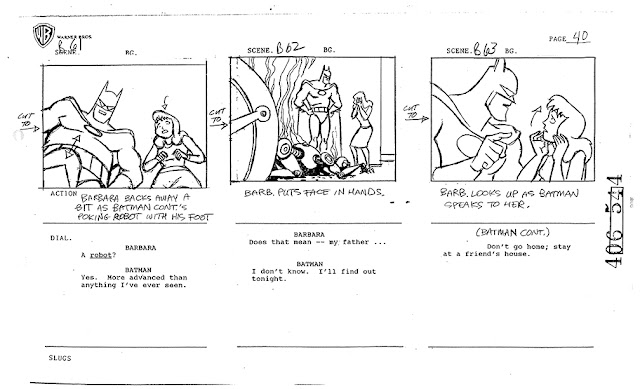 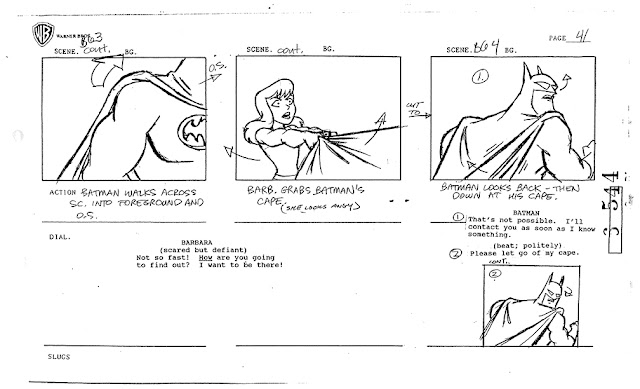 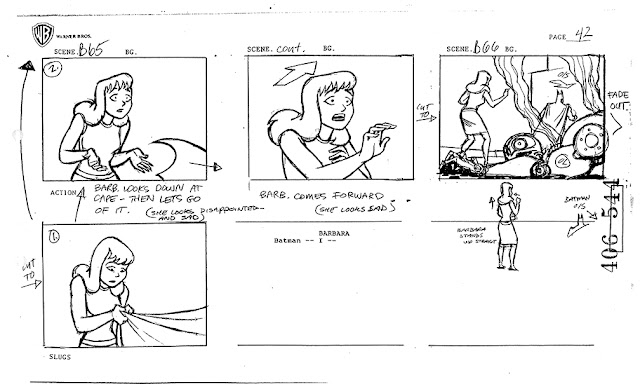