Herein I present pages 78 through 90 to Act Two of the storyboard to the Batman Animated series episode #44, entitled “Heart of Steel Part Two”. This episode was directed by Kevin Altieri. I am posting the storyboard in serialized fashion. Michael Goguen boarded this section.

B128-B136) Barbara has successfully gained entry to Cyberbron. She spots the close-circuit camera in the hall before her, swinging rhythmically back and forth. She sneaks skillfully past it, not counting on security back-up in the form of cute little robot trash can sentries, one of which follows Barbara down the hall. This is a classic example of the droll, deadpan humor which suffuses this series.

B136-B137) The robot stops shadowing its quarry and shifts into attack mode, transforming into a Miyazaki-esque robot (from the pre-Totoro period). We were all big Miyazaki buffs, and would reference him at any excuse.

In fact, we liked the trashcan sentries so much that the camera stays with them as Randa and Rossum drag the uncooperative Barbara out of frame. I like the final shot, where we cut to a trashcan-sentry p.o.v. shot, using the descending eye-lid to wipe to Black. End Act Two. 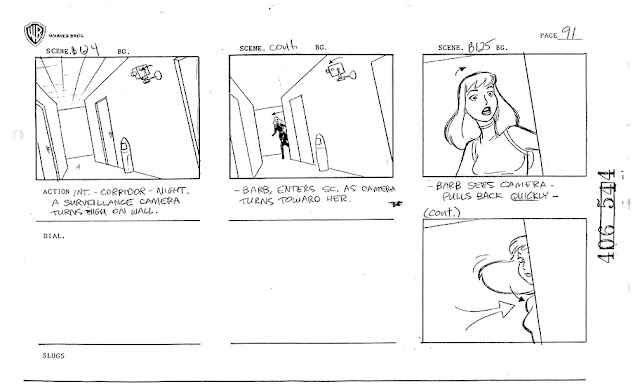 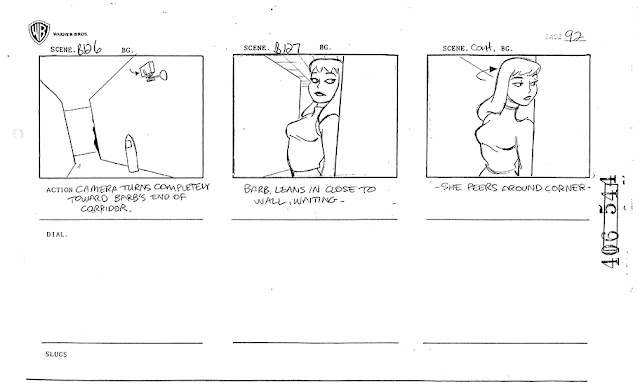 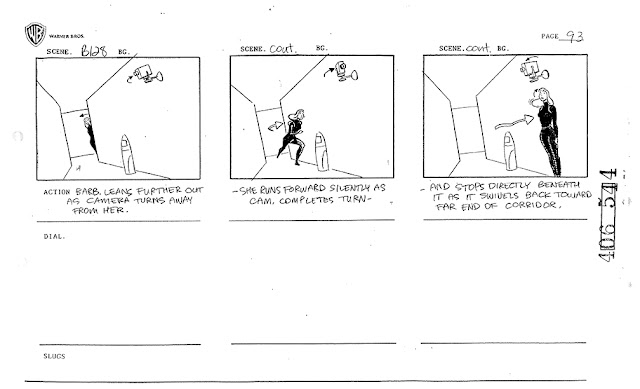 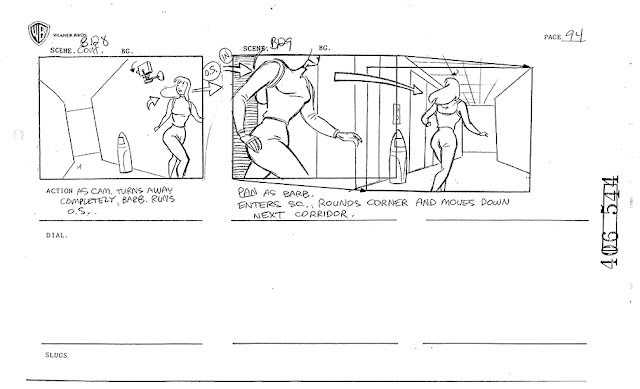 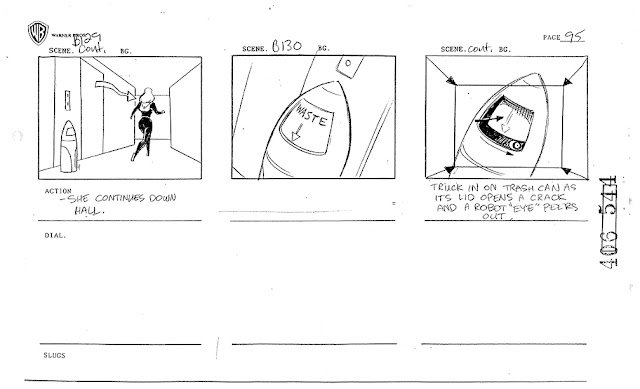 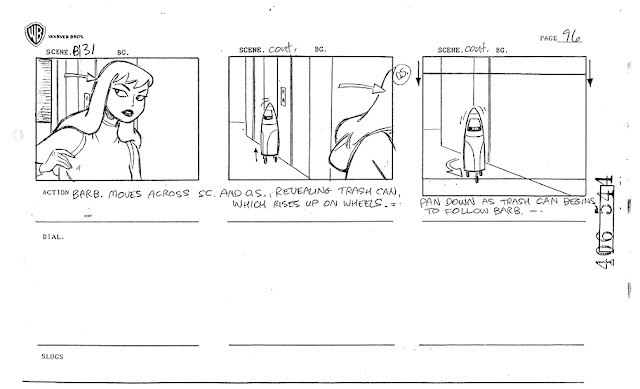 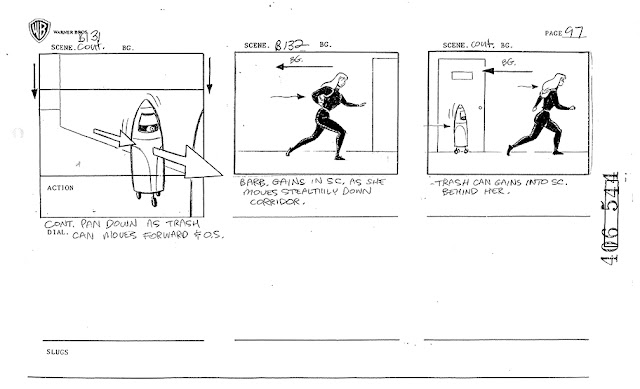 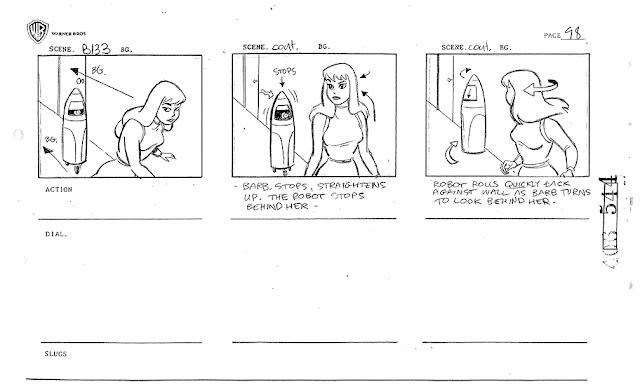 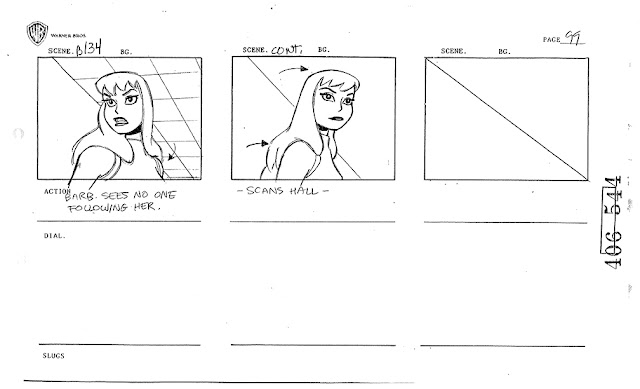 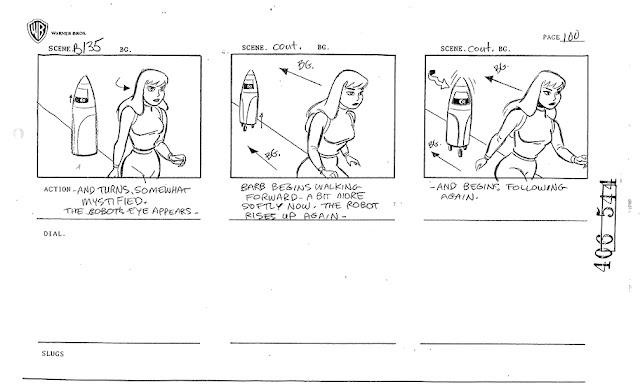 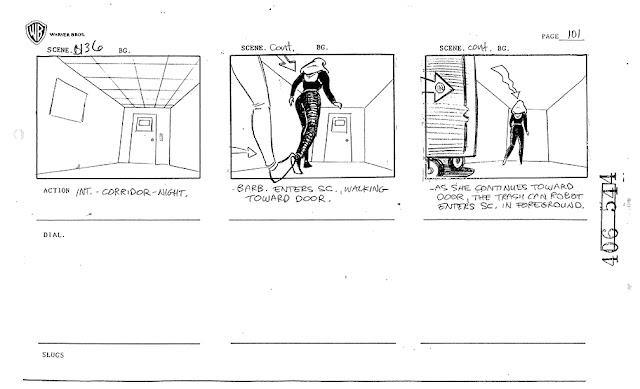 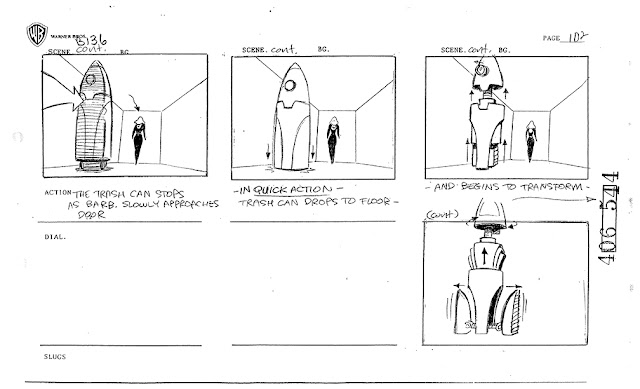 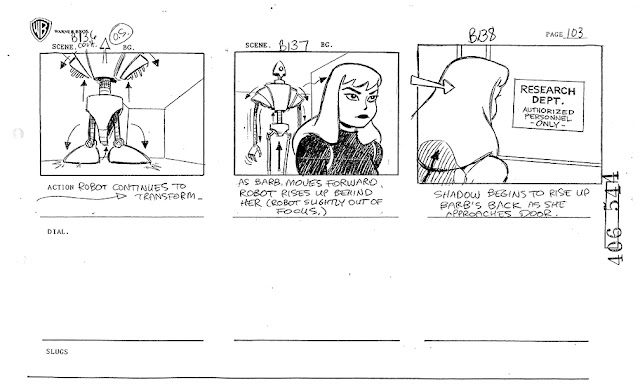 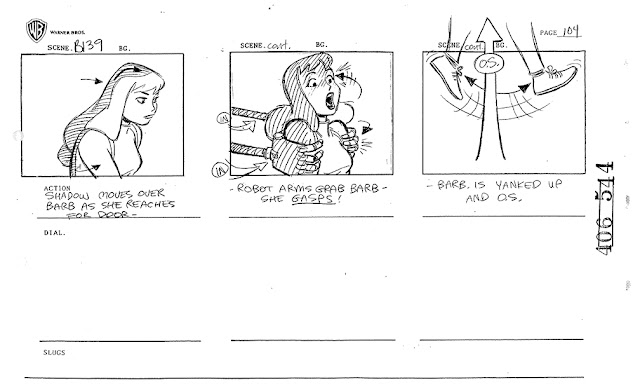 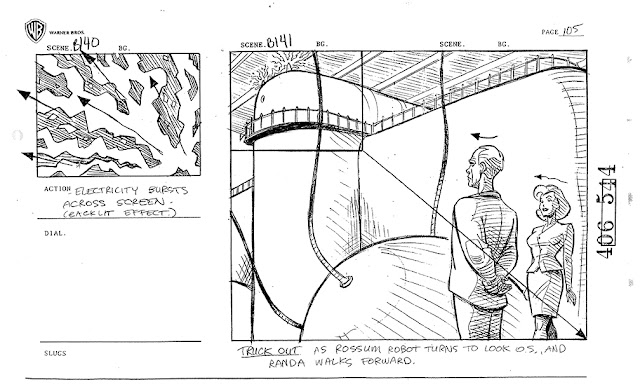 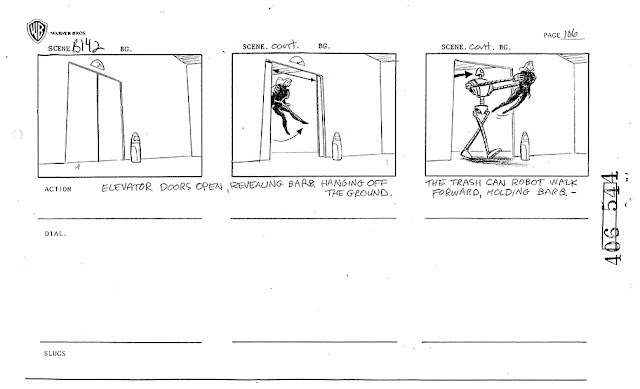 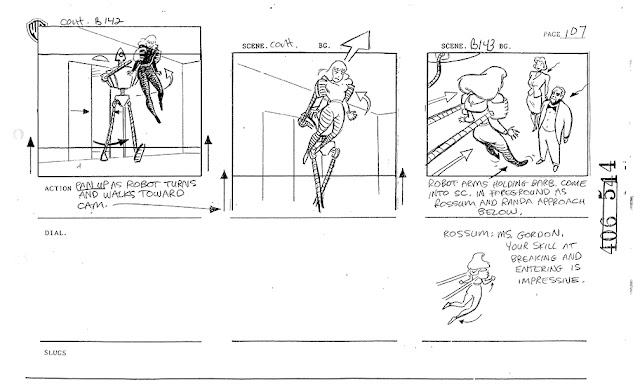 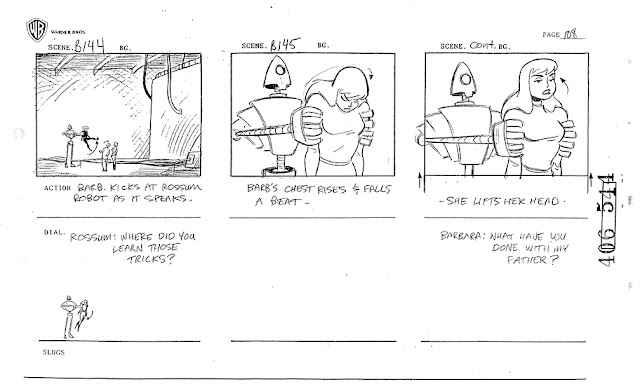 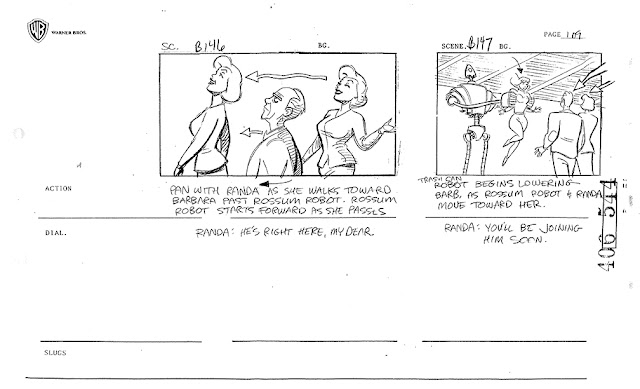 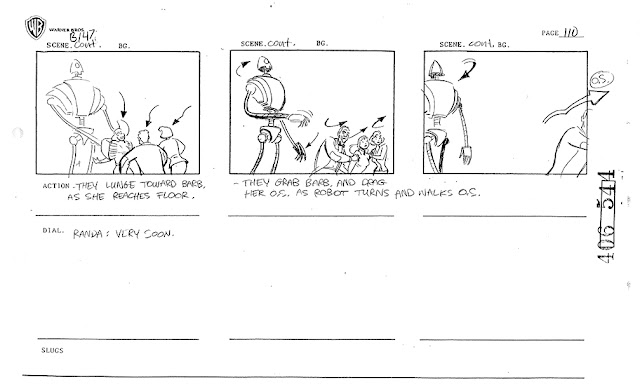 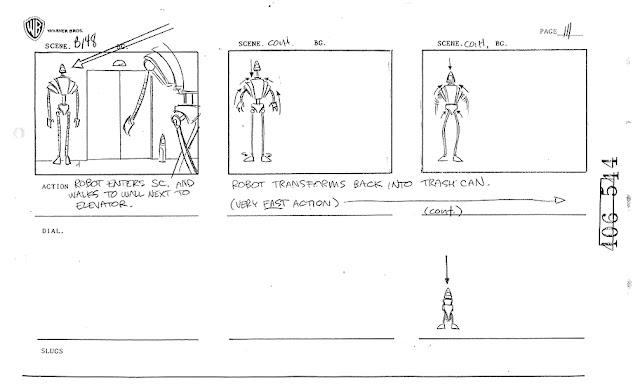 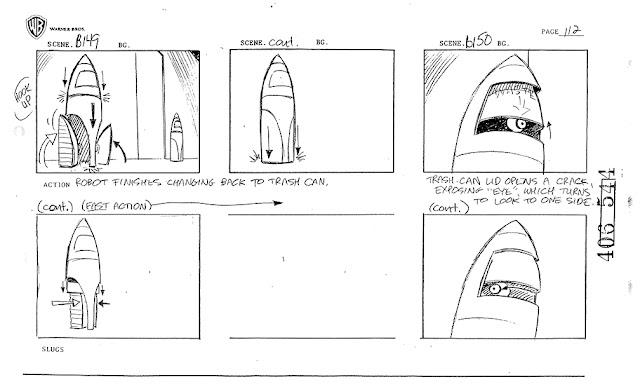 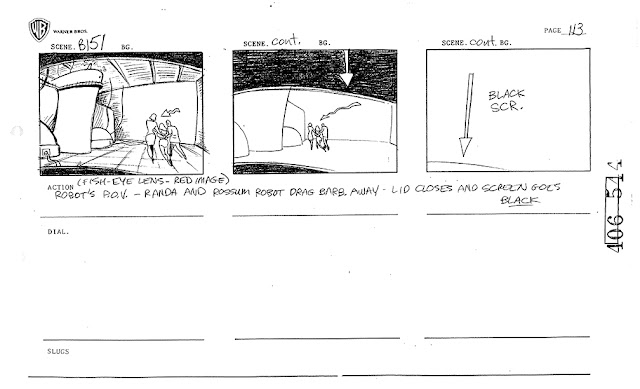