Herein I present pages 0 through 20 to Act Two of the storyboard to the Batman Animated series episode #44, entitled “Heart of Steel Part Two”. This episode was directed by Kevin Altieri. I am posting this storyboard in serialized fashion. Mark Wallace storyboarded this section.

Finally, the action begins, as Robo-Bullock interrupts the rooftop conversation between Batman and Barbara Gordon, who will become Batgirl in a subsequent episode.

Mark pulled out all the stops in this action sequence, though it doesn’t really kick into gear until the tail-end of this post. You’ll have to wait until tomorrow’s post for the good stuff.

If I were directing this I’d nix the movement of the Bat-signal in Scene (B1). It needlessly adds complexity, reducing the iconic nature of the scene. I don’t know if the signal moved anywhere else in the series. Actually I don’t recall it getting much use. I’d be curious to know if it was moving in the episode-as-aired (but not curious enough to stream it to find out).

Nice acting on Barbara Gordon explaining why she summoned Batman.

I like the bit where Bullock flicks his toothpick at Batman, hitting in the chest-logo. Side note: Bullock was conceived with a half-smoked cigar as his main prop. Standards and Practices made us change it to a toothpick. I suppose it’s just as well; I don’t know if a Robo-Bullock could or would smoke. On the other hand, Robo-Randa Duane ate dinner with Bruce in part One. 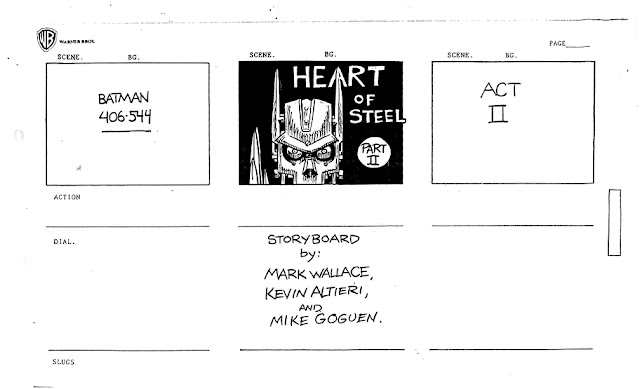 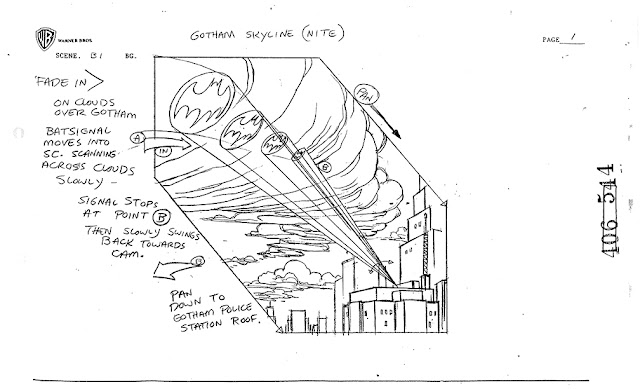 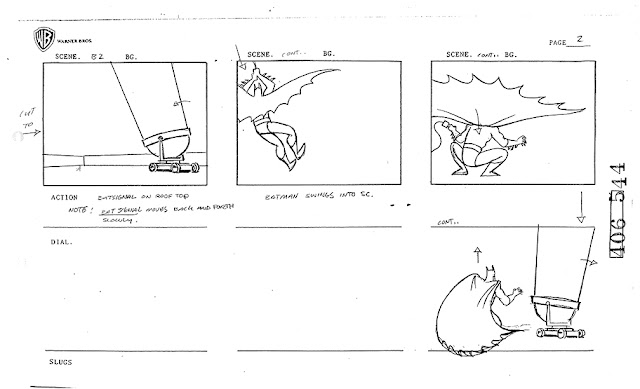 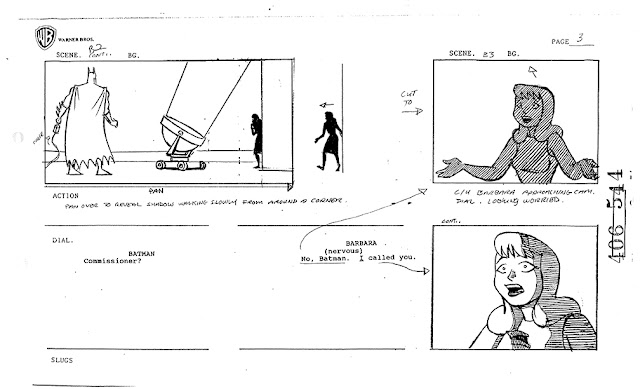 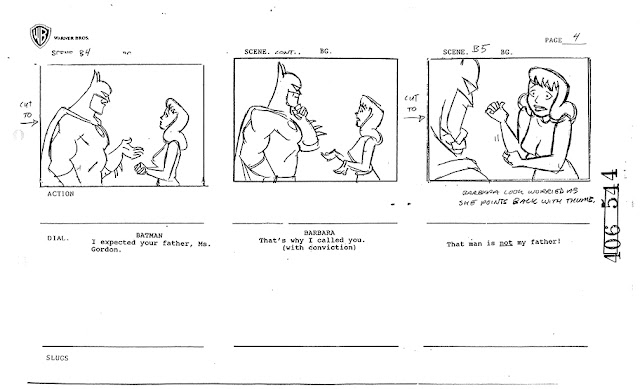 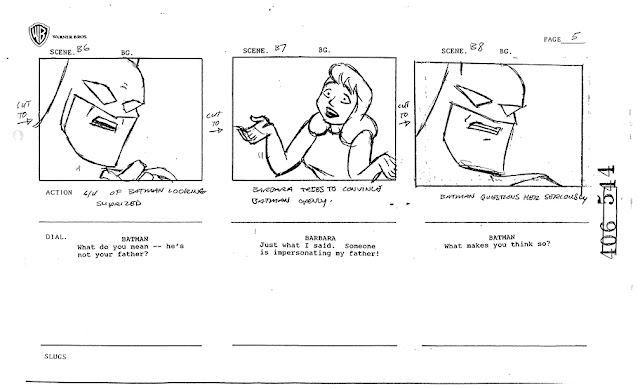 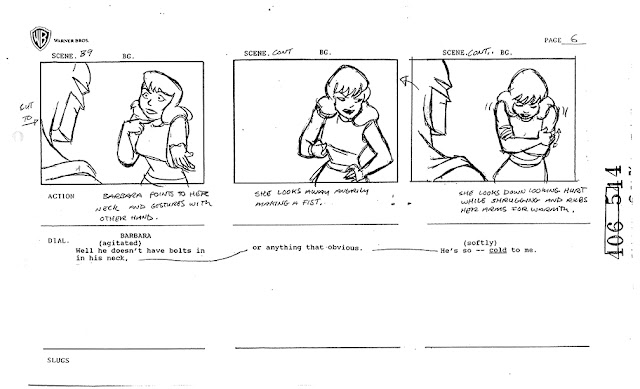 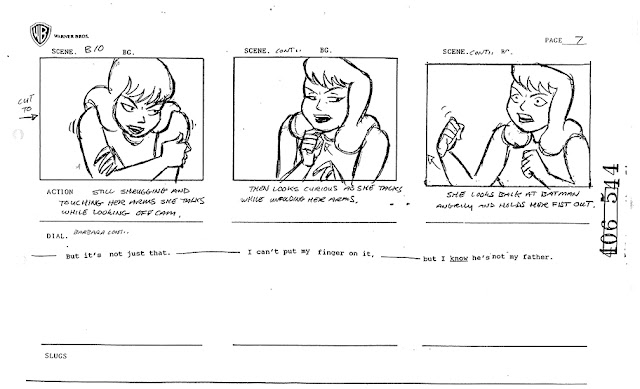 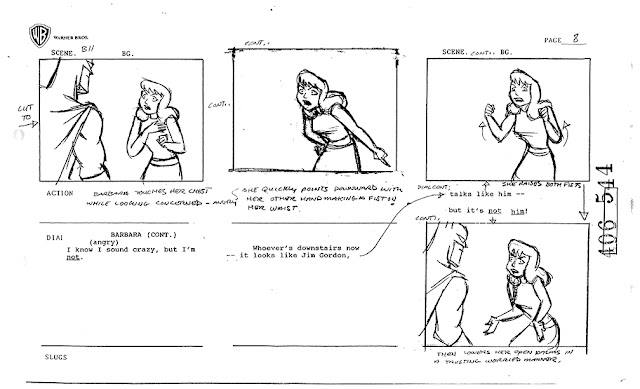 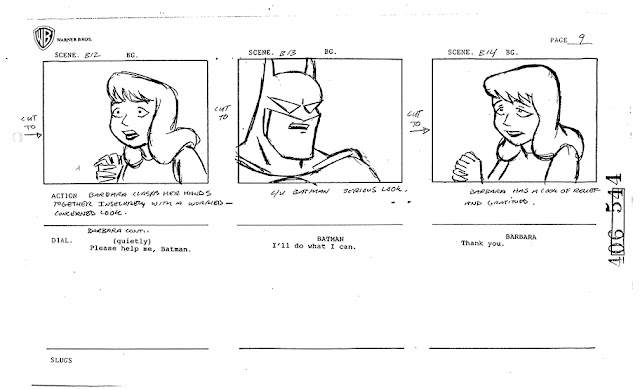 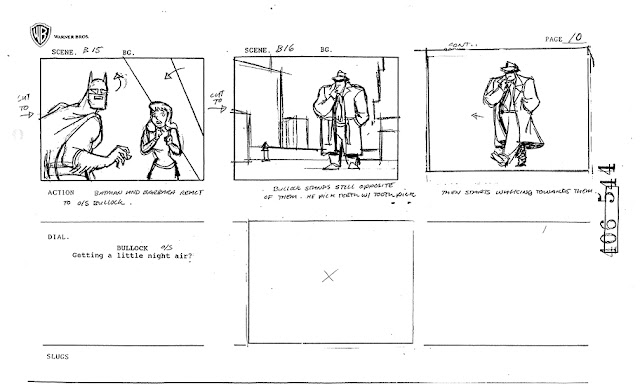 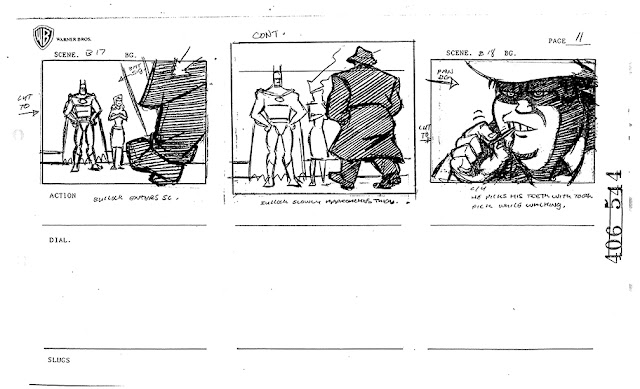 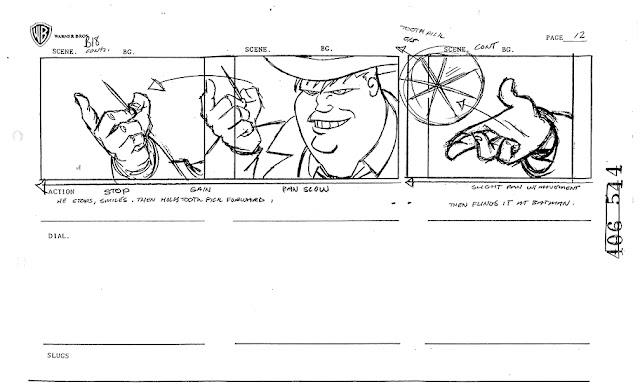 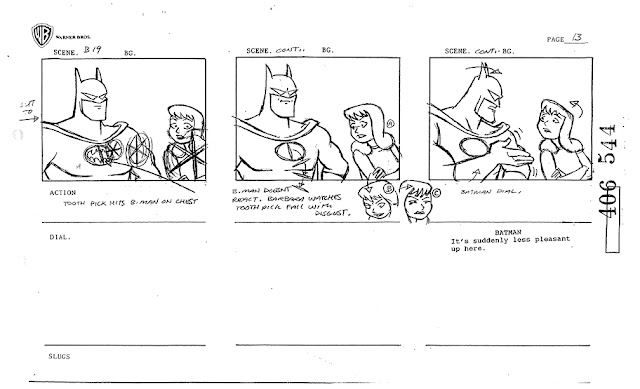 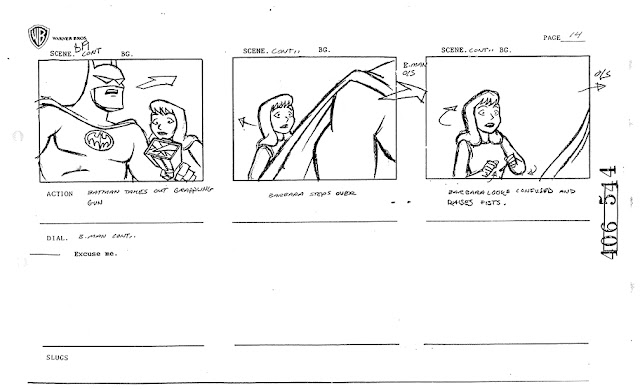 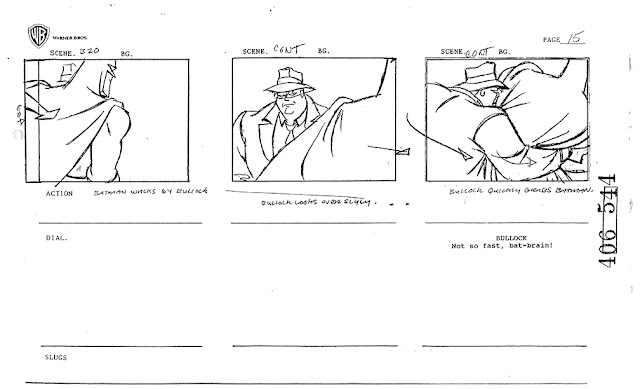 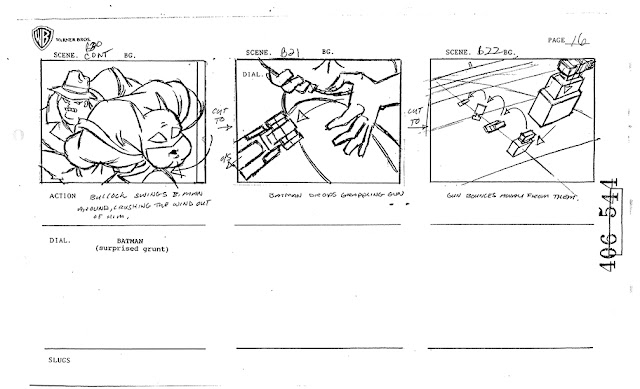 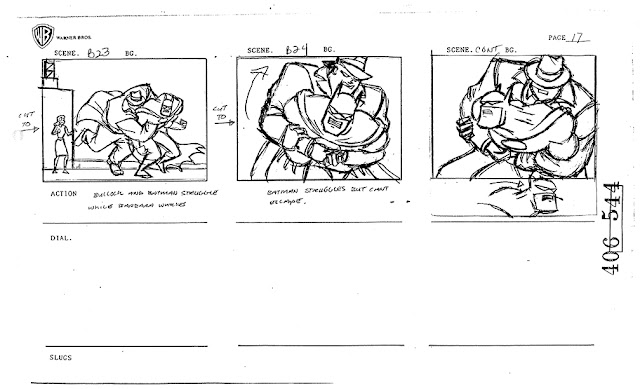 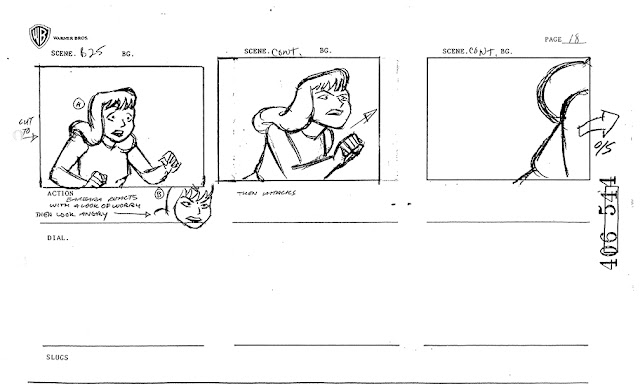 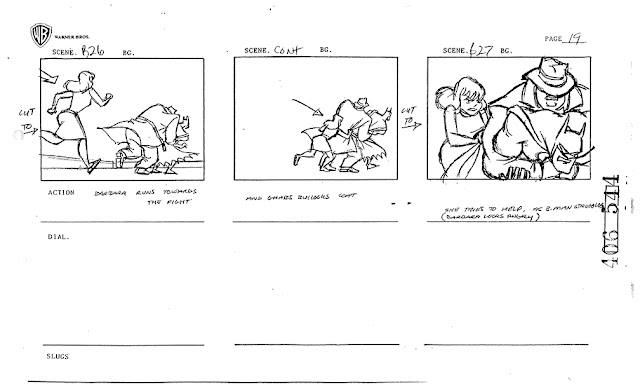 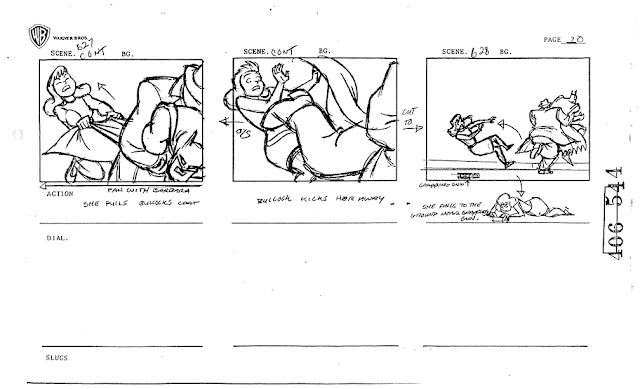