Herein I present pages 35 through 50 to Act Three of the storyboard to the Batman Animated series episode #44, entitled “Heart of Steel Part Two”. This episode was directed by Kevin Altieri. I am posting the storyboard in serialized fashion. Kevin Altieri boarded this section. I wrote the staging directions (you can tell because I write “E” as a “C” with a line through the center; Kevin’s are more squared-off.)

This is the last 15 page chunk of Kevin’s second fight scene from “Heart of Steel, Part Two”. This second fight scene was somewhat anomalous because Kevin rarely had time to two sequences in a single episode. Usually it was only one; sometimes not even that.

I find it amusing that both action sequences climax with the robot antagonists undergoing “death-by-elevator.” Fortunately, Kevin doesn’t repeat himself in the second sequence; the fact that he chose to clean his own roughs in the chunk presented in today’s blog post indicates to me that he must have been especially jazzed.

However, this is not the end! In C59, Hardac announces the activation of the final duplicant. The doors of the replicant chamber slides open; smoke pours out dramatically, obscuring the figure that emerges! Who/what is it? Kevin draws out the suspense with scenes C60 through C65. Finally, in scene C66, we see that it’s Robot-Batman as it leaps out of the smoke, at camera! (If it were my section, I would have drawn one more panel, showing precisely how close I wanted Robo-Batman to get to camera before we cut to the next scene.) 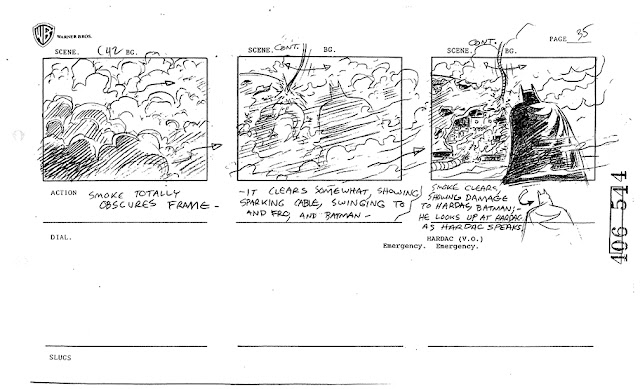 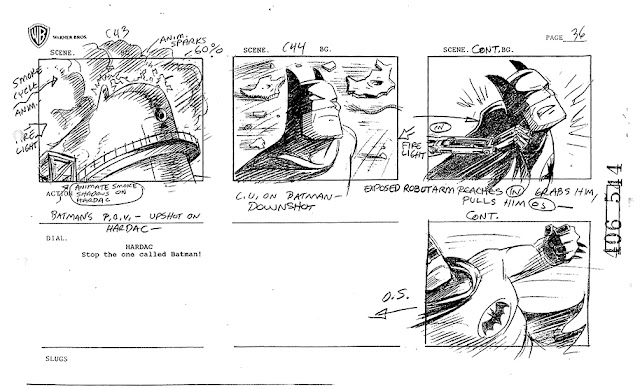 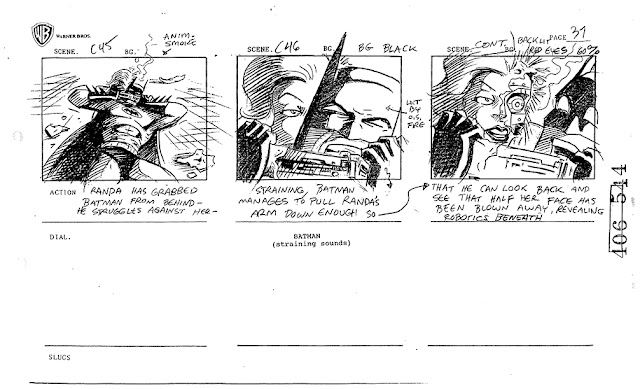 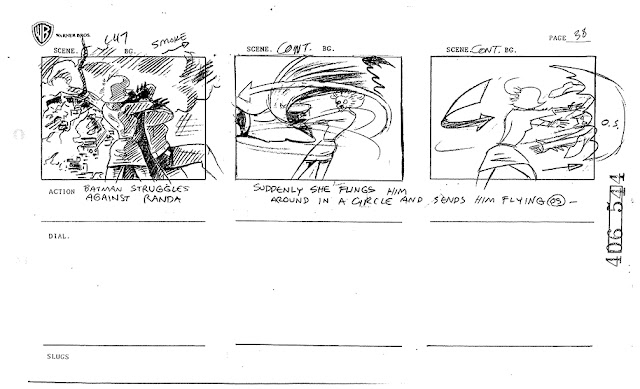 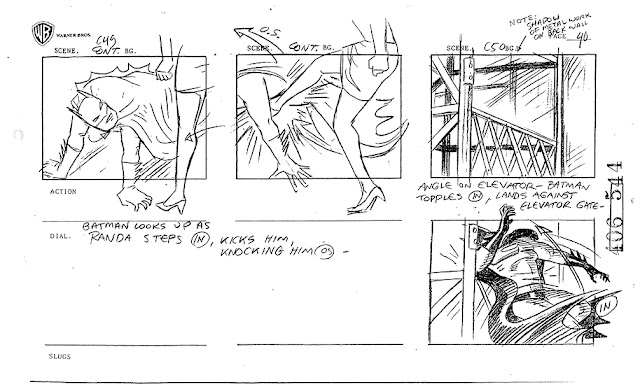 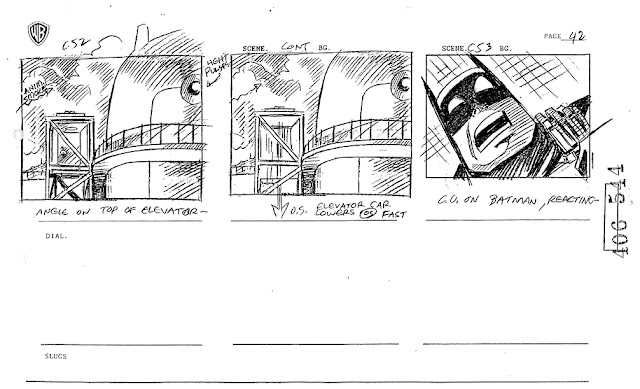 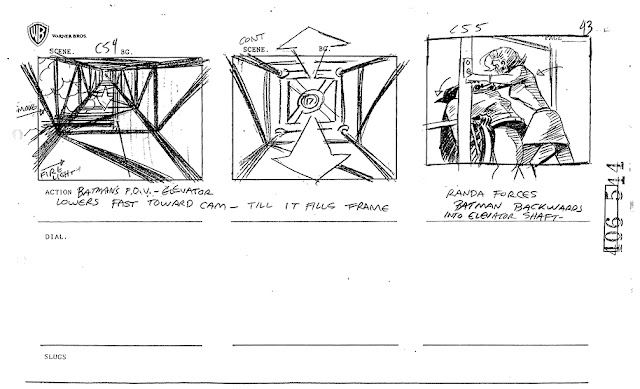 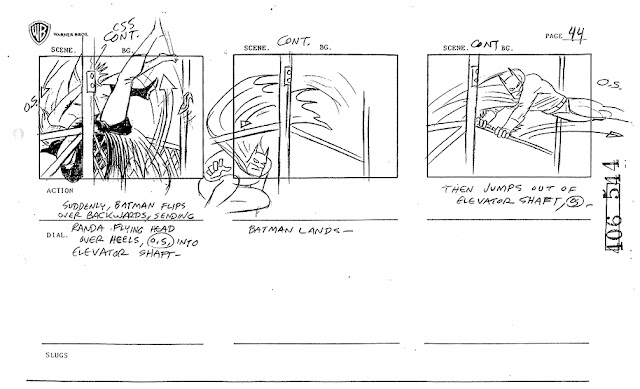 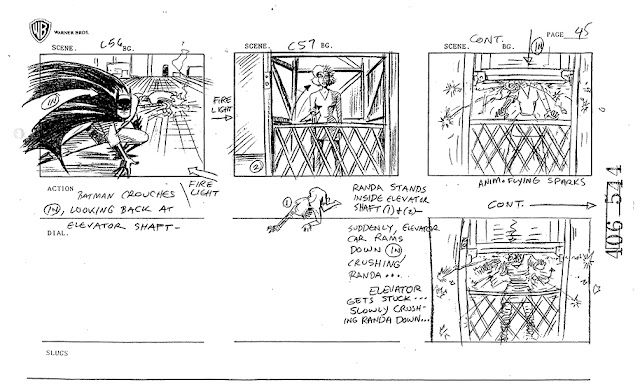 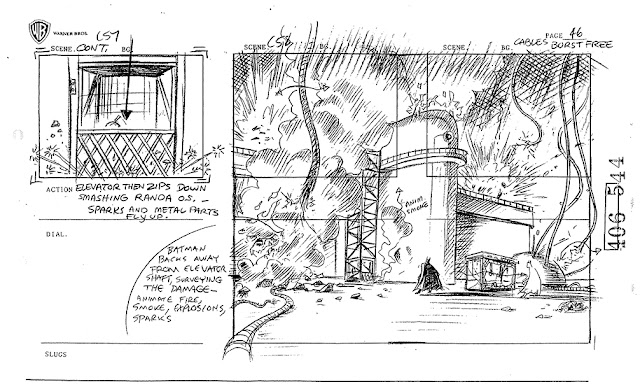 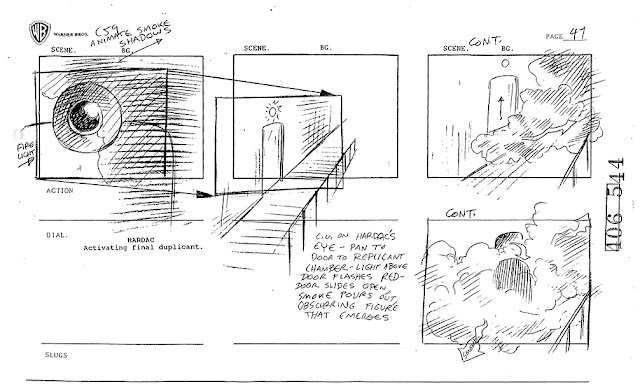 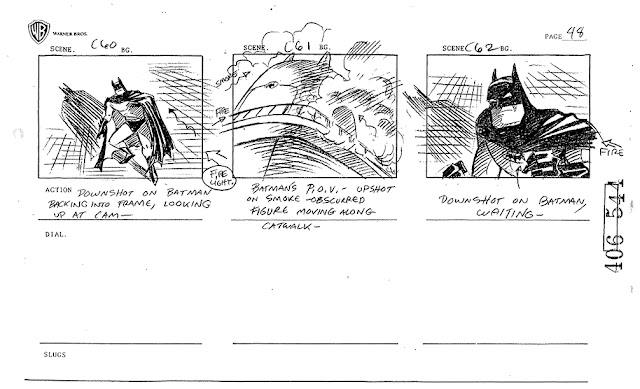 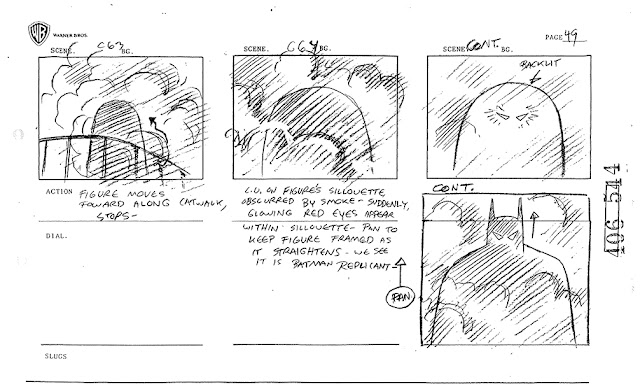 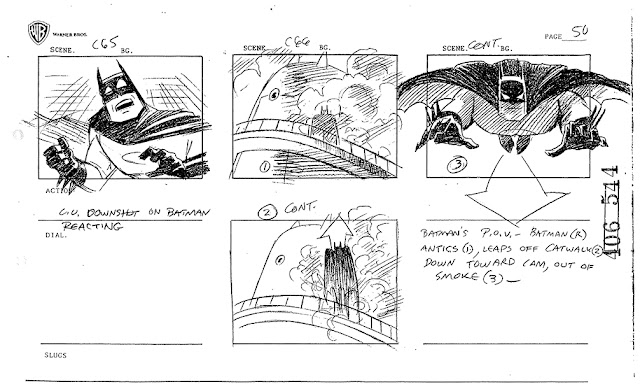