Herein I present pages 17 through 33 to Act Three of the storyboard to the Batman Animated series episode #44, entitled “Heart of Steel Part Two”. This episode was directed by Kevin Altieri. I am posting the storyboard in serialized fashion. Kevin Altieri boarded this section. It was cleaned by me (pages 17-20), Mike Goguen (pages 21-32); Kevin might have cleaned page 33.

Kevin was trained in martial arts, which is one of the reasons his fight scenes were so convincing. In this case, I especially like Batman’s leap-in-place, then kick at Robot-Gordon. The action continues as Batman lands in the same shot and is set upon by Robot-Possum, who judo-thrown o.s. 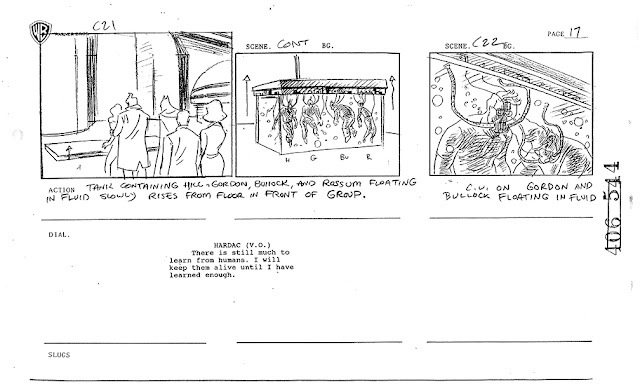 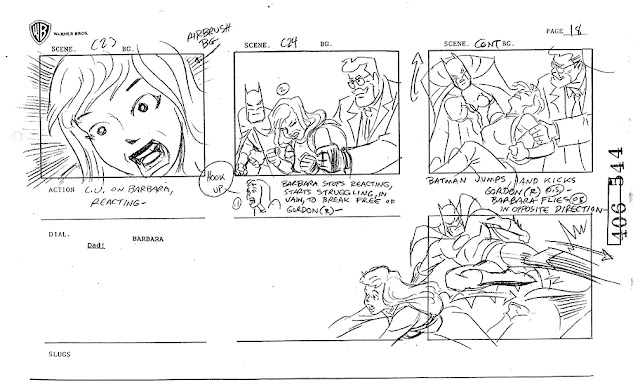 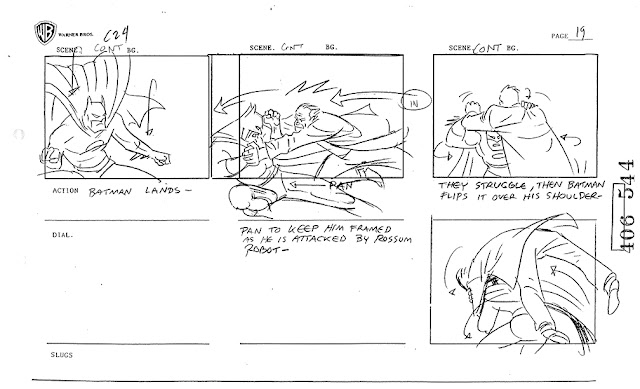 Students of storyboarding and film-making in general would do well to study the way Kevin will begin an action in one scene and pay it off in the next. For instance, scenes C24 through C28: 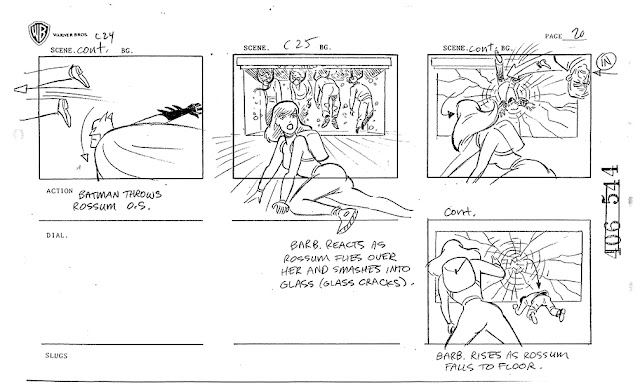 C25) Barbara watches as R.R flies into frame, upside-down, and crashes into the glass tank holding the unconscious humans, damaging the glass.

C26) M.C.U. on R.R., recovering from throw as the cracks in the glass tank spread (hooking up with C25), sprout leaks and burst before R.R. can react. 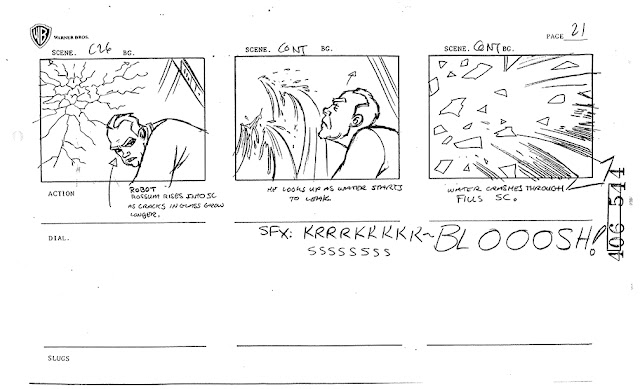 C27) Interior Tank; water gushes out, carrying the unconscious humans with it. 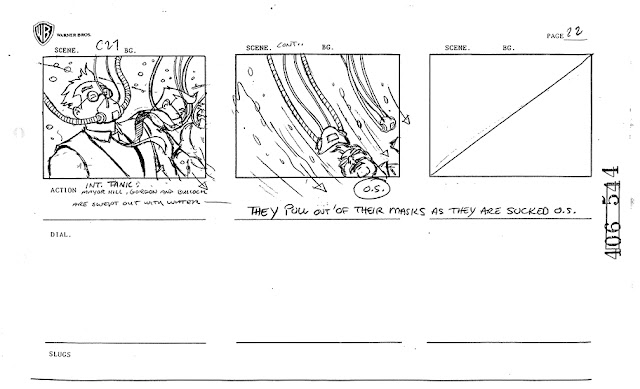 C28) Downshift on Barbara as she is hit by wave of fluid, swept off her feet, joined by the  unconscious humans as they wash into frame, settle. 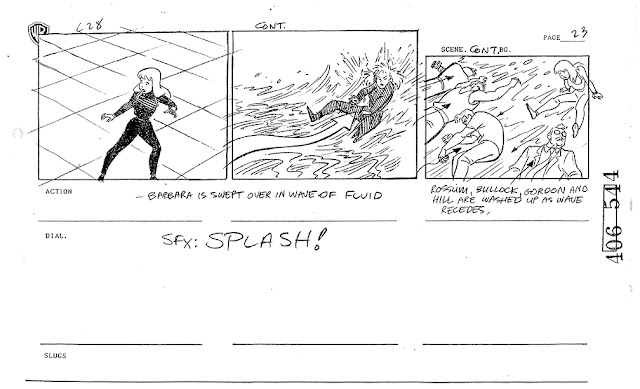 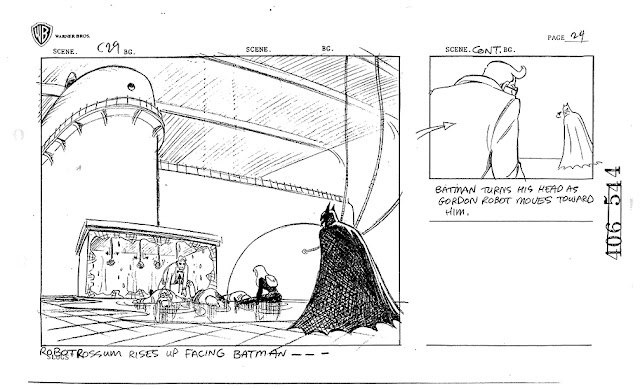 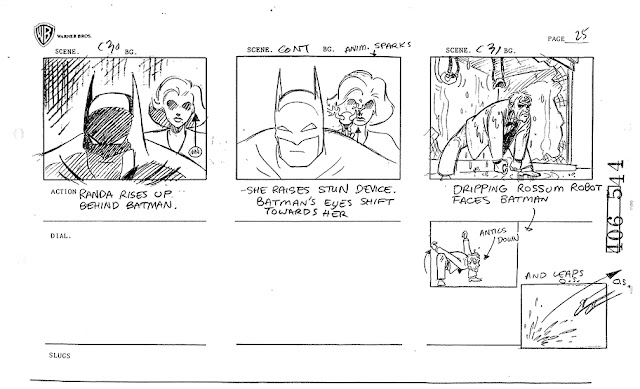 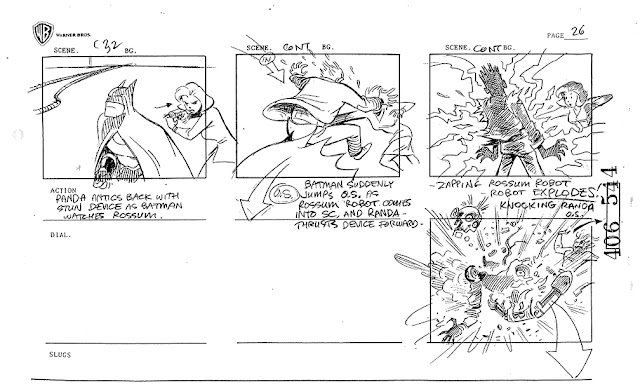 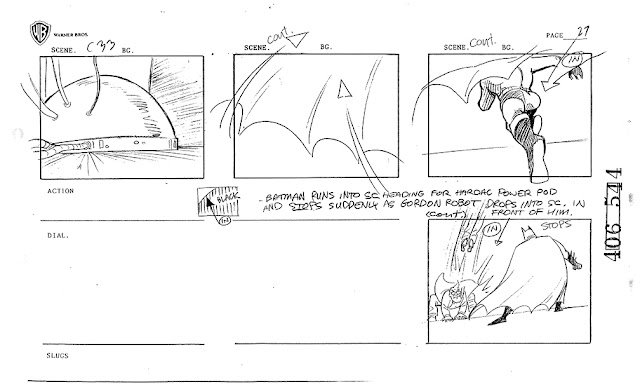 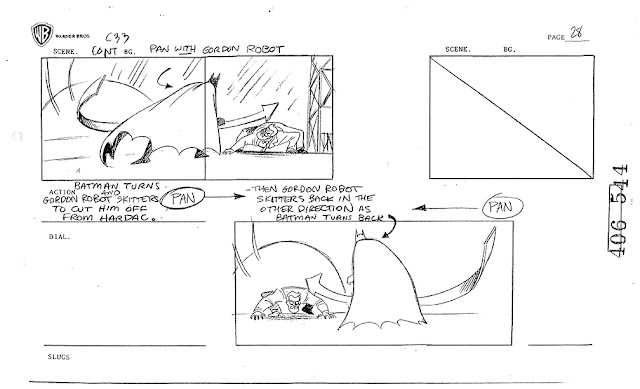 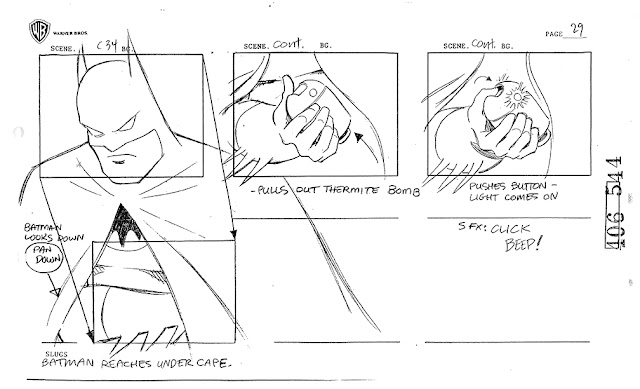 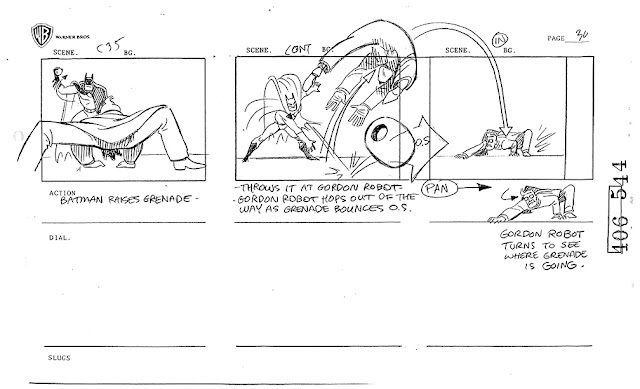 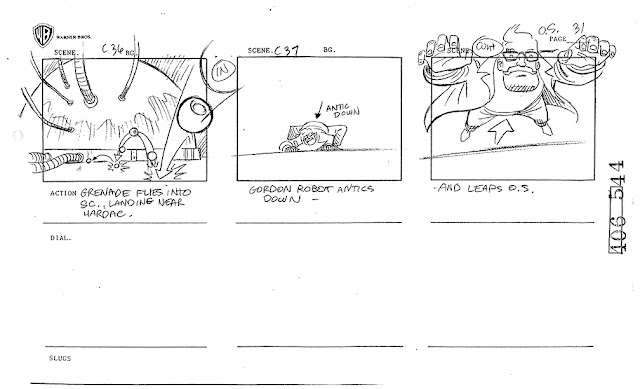 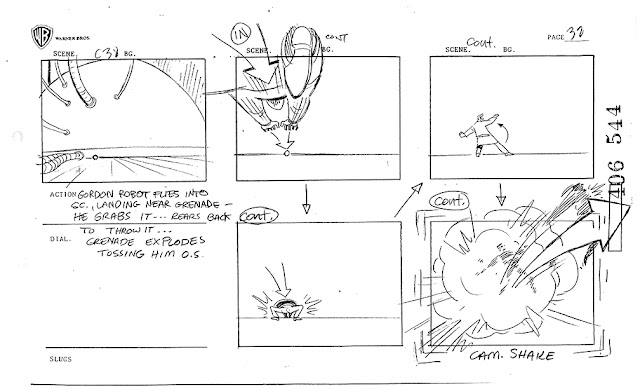 To be continued.
Posted by Brad Rader at 7:00 AM