Herein I present pages 21 through 29 to Act One of the storyboard to the Batman Animated series episode #44, entitled “Heart of Steel Part Two”. This episode was directed by Kevin Altieri. I am posting this storyboard in serialized fashion. I storyboarded this section.

This section of Act One is another “Set-up-for-Acts-Two-and-Three”. It re-establishes Barbara Gordon’s involvement in the narrative, starting with another terse “Dad has gotten weird” moment; immediately Babs bumps into Bullock as he answers Terminator-Gordon’s summons. She skulks within earshot to learn of T-Gordon sending Bullock out to Cybertron (to be replaced by Terminator-Bullock) and Wayne to the Gotham Club (to be replaced by Terminator Wayne).

After the unfortunate frontal establishing shot of Gordon’s office (A30), I continued the over-the-shoulder distancing shot strategy for Gordon that I set up in HoS Part One. Except for the Bab’s P.O.V. shot through the open door (A39). Both A30 and A39 were necessary but inelegant. 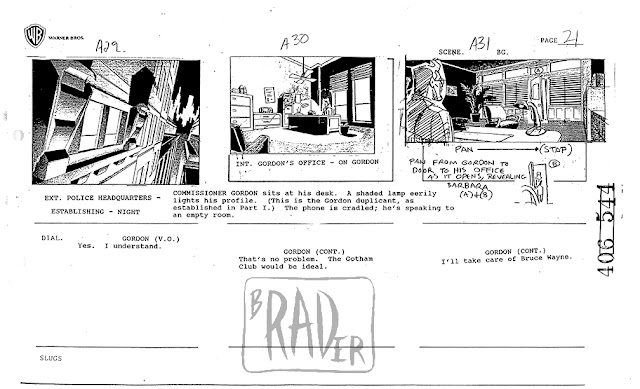 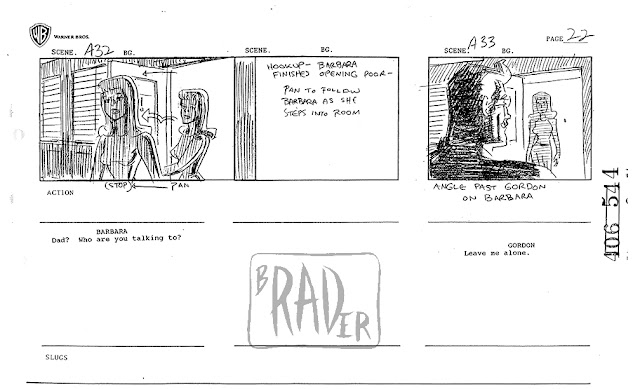 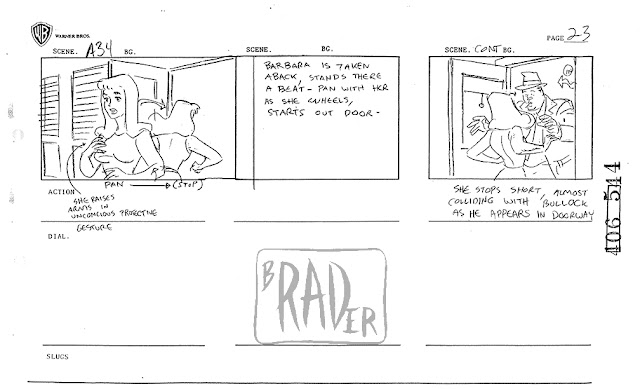 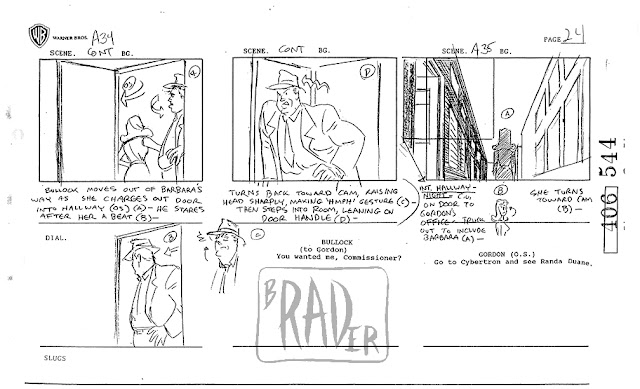 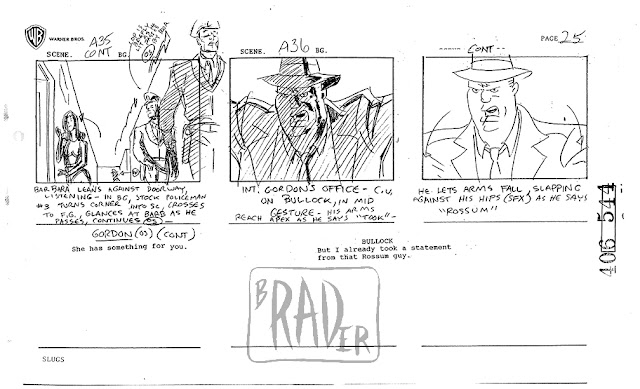 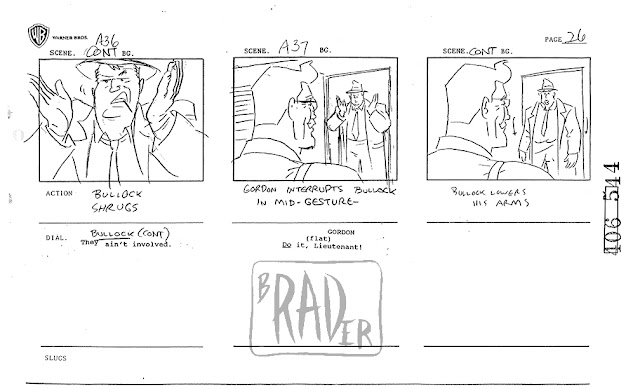 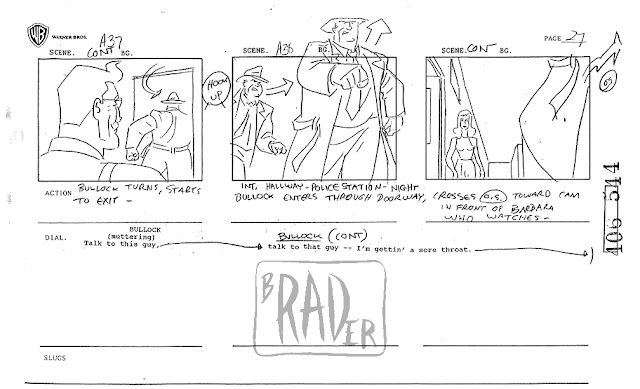 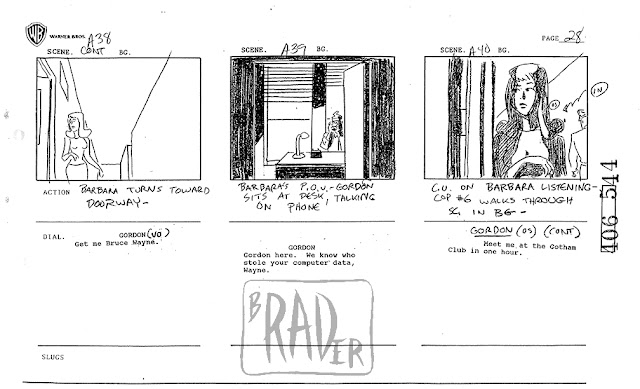 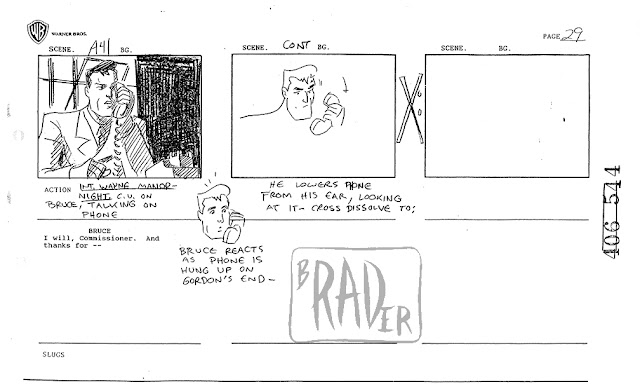