Heart of Steel, Part Two, Act One, (Part One)

Herein I present pages 1 through 20 to Act One of the storyboard to the Batman Animated series episode #44, entitled “Heart of Steel Part Two”. This episode was directed by Kevin Altieri. I am posting this storyboard in serialized fashion. I storyboarded this section 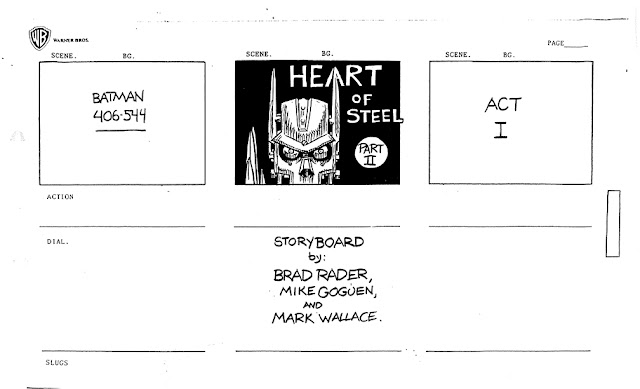 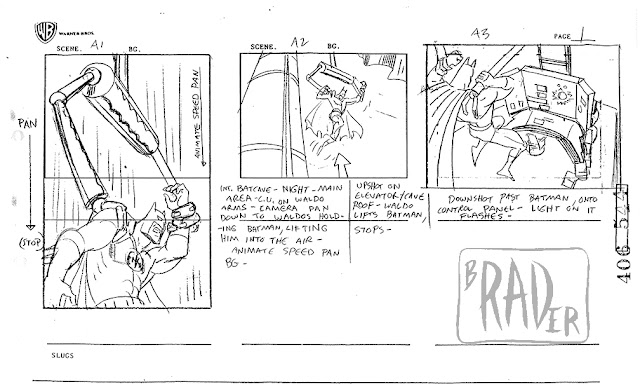 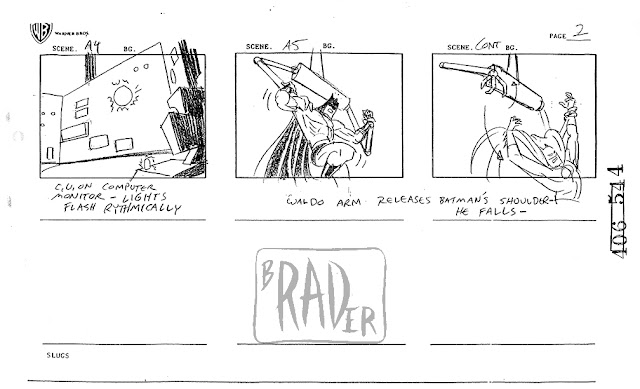 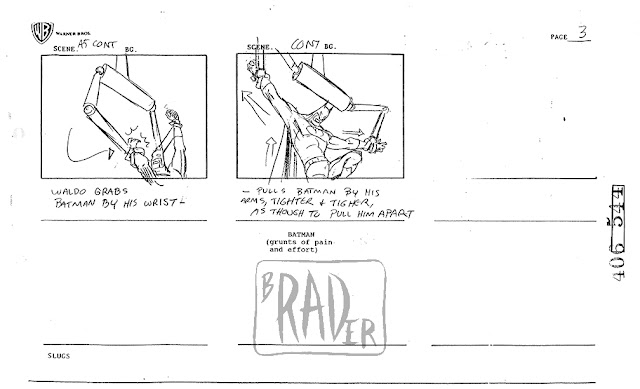 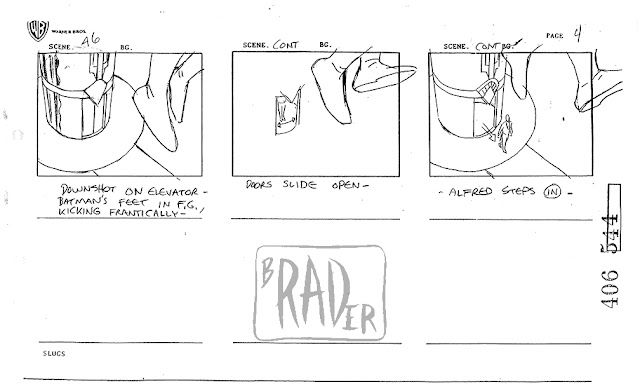 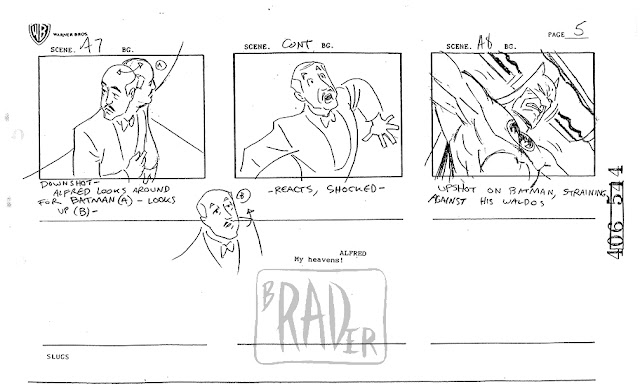 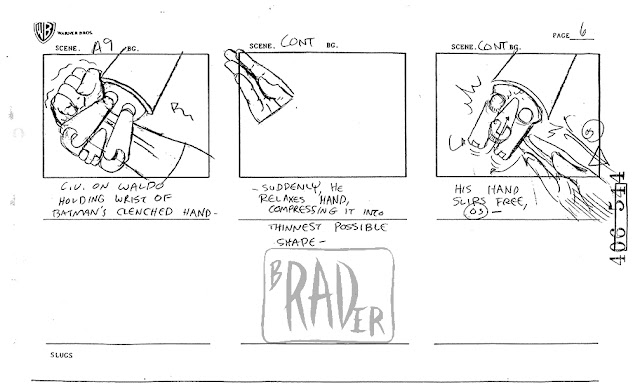 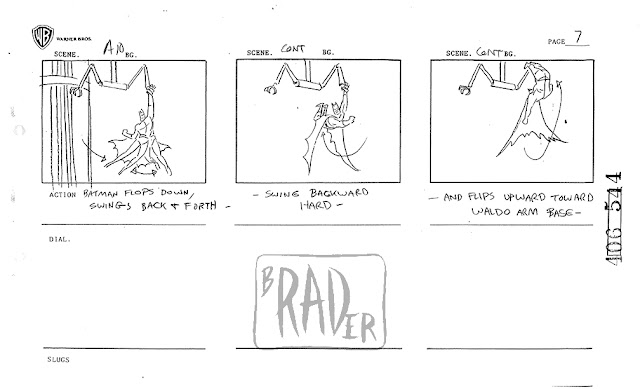 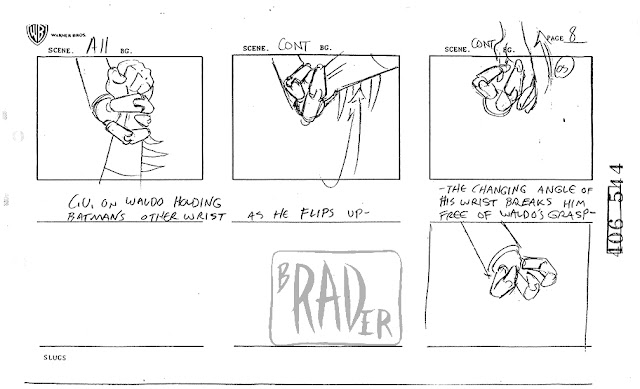 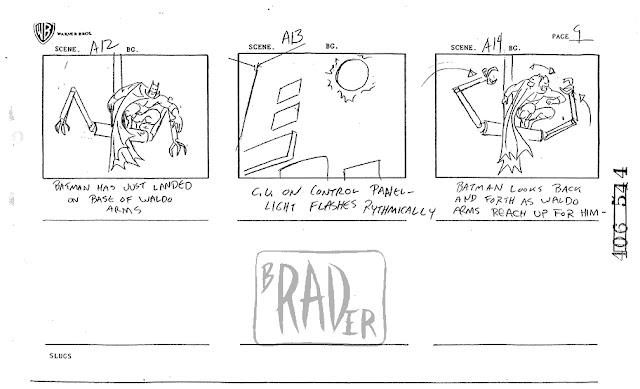 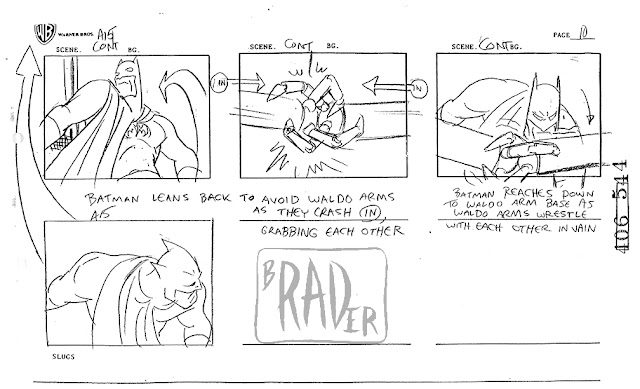 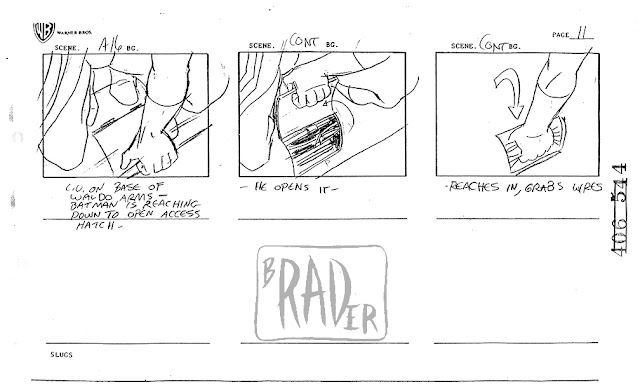 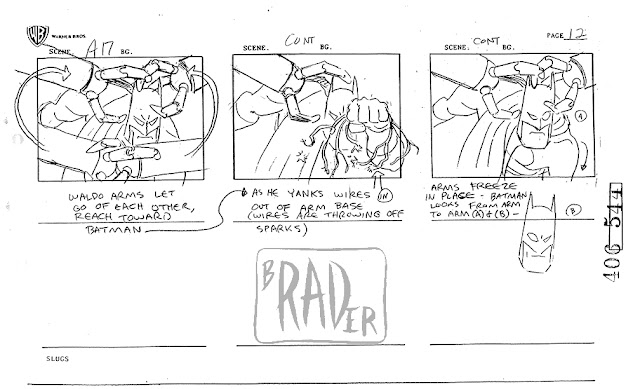 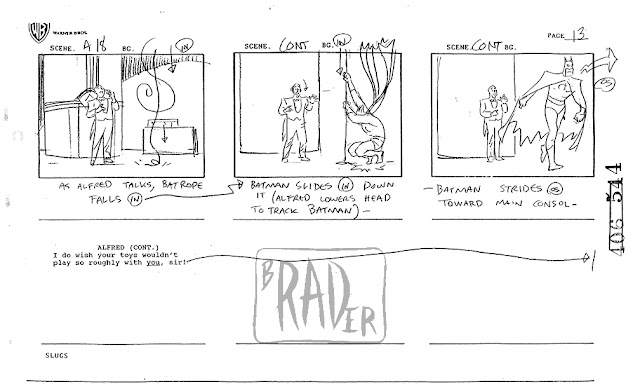 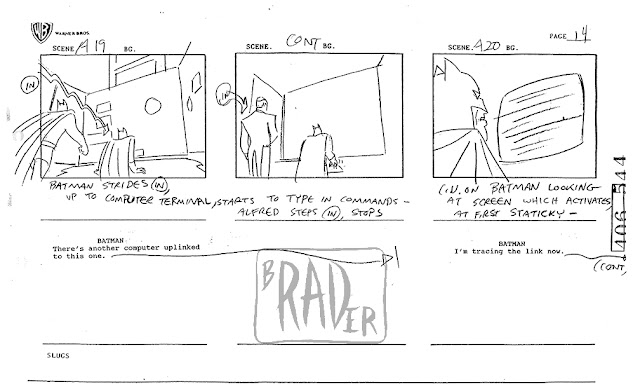 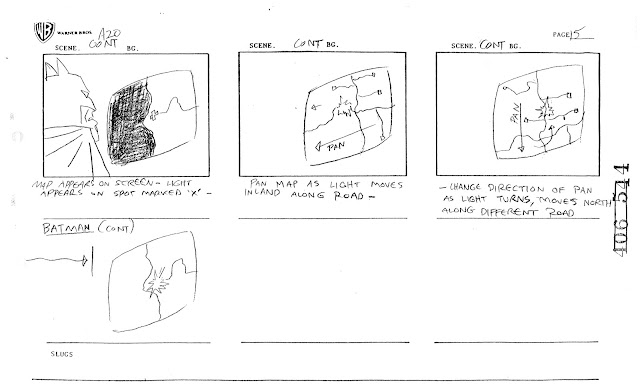 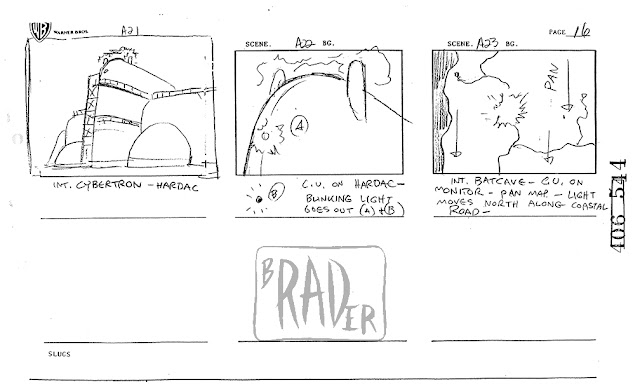 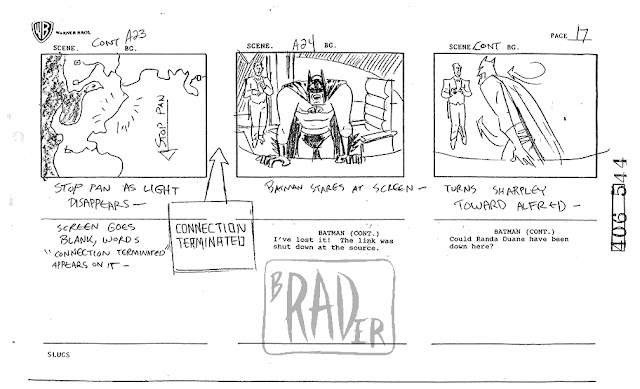 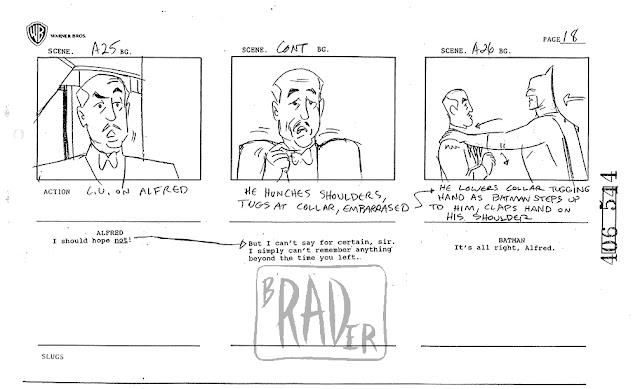 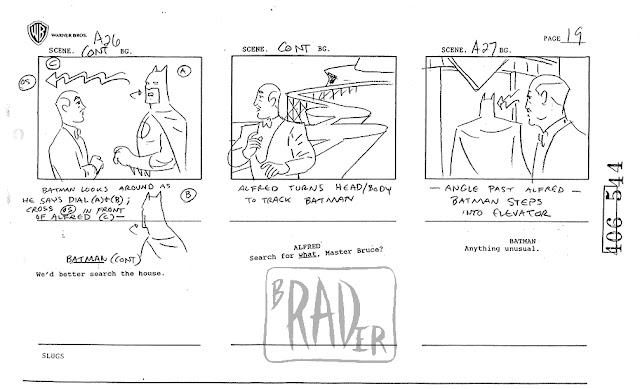 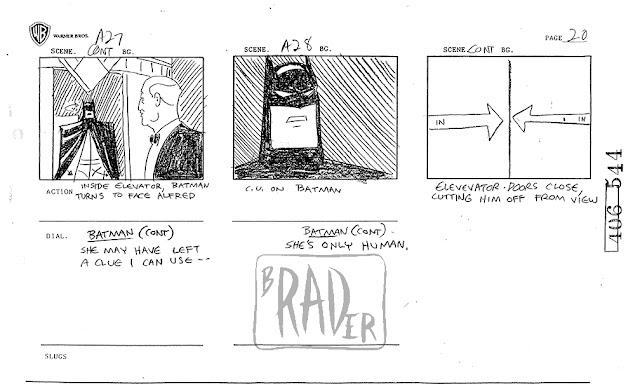 Unfortunately, Act One of this episode is all exposition and set-up for Acts Two and Three. I don’t have much to say about it, except that I like some of my drawings:

A7, Panel 2): I like Alfred’s reaction pose (to Batman being threatened by the mechanical arms). 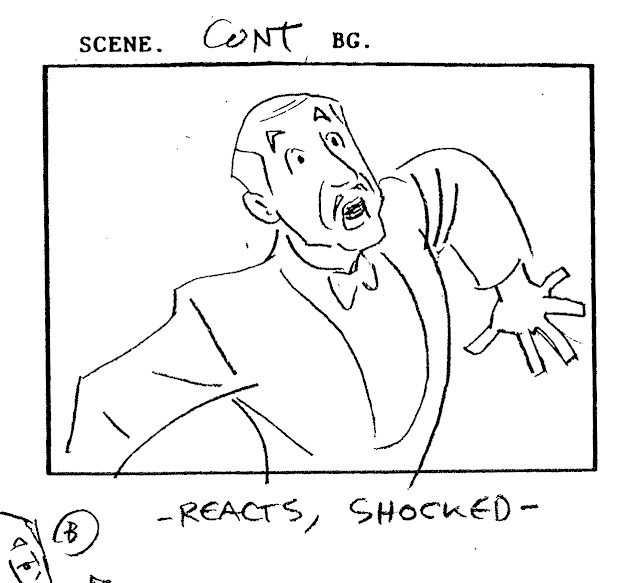 A9, Panel 2): the drawing of Batman’s hand as he compresses it to escape from the grasp of the mechanical arm. 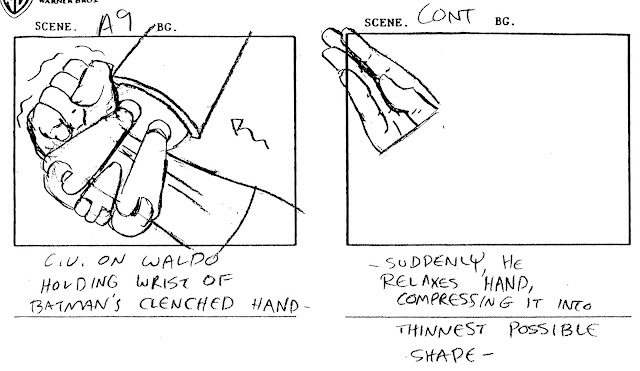 A17, Panel 3): The way Batman’s right eye-hole then left eye-hole grow to indicate that he looks from one frozen-in-place mechanical arm, then the other. 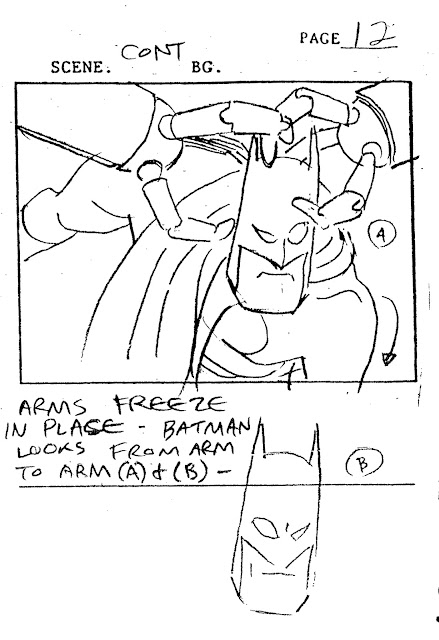 A28): How the doors of the Bat-Elevator act as a wipe as they shut in front of the close-up of Batman, emphasizing his unknowingly humorous line, “She’s only human”. This refers to Randa Duane, who, we know by now, is a robot, not human. 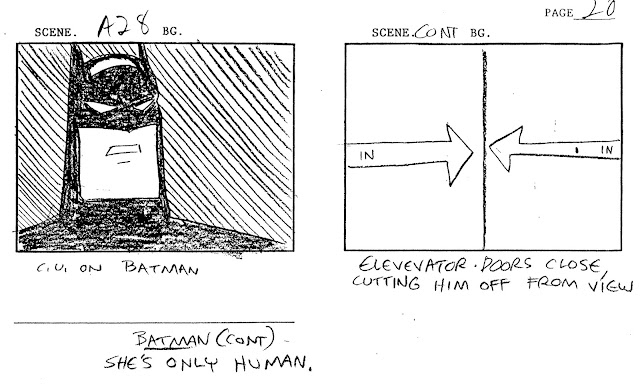