This is a post of storyboard pages 67 through 72. I boarded this section.

Bruce (now dressed as Batman), enters the Batcave, tries to access his computer (not realizing its been possessed by Hardac) and is promptly attacked by the servo arms previously established in Act Two. The episode ends on this cliff-hanger.

I find it interesting that Bruce goes into Bat-mode while, as far as he knows, he still has a guest in the house. I suppose there’s a case that could be made for either pose (Bat or non-Bat). The bottom line is the co-producer, Bruce Timm, had set the rule that Bruce Wayne would never enter the Batcave. So, whatever the pros and cons, the decision was made in advance.

This is the last installment on my biog series on The Batman TV Animated Series, episode #39, “Heart of Stone” part One. Part Two will commence in a day or so. 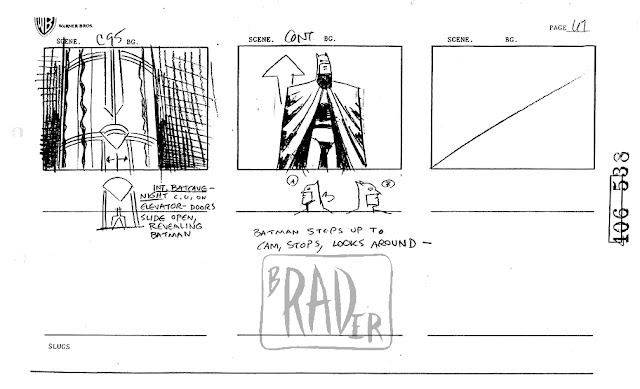 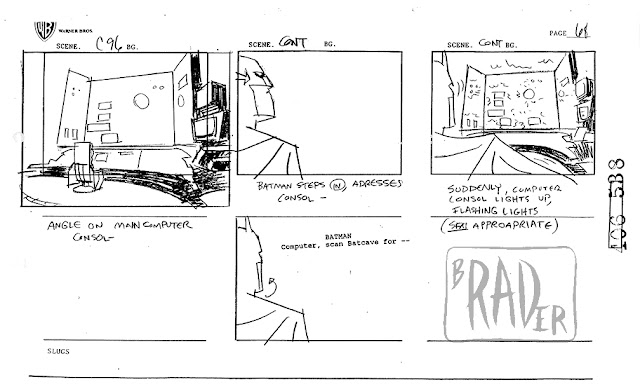 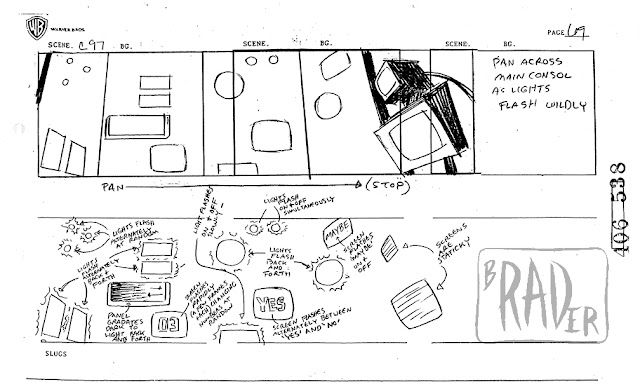 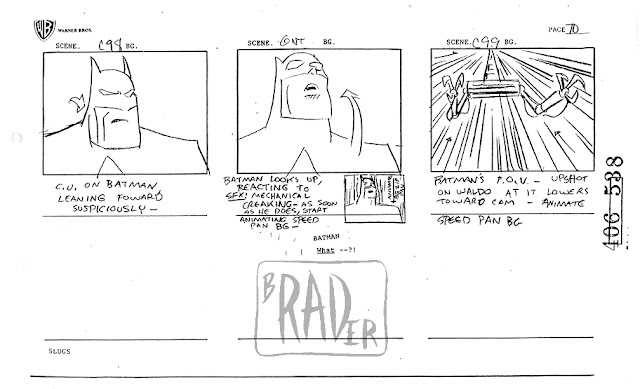 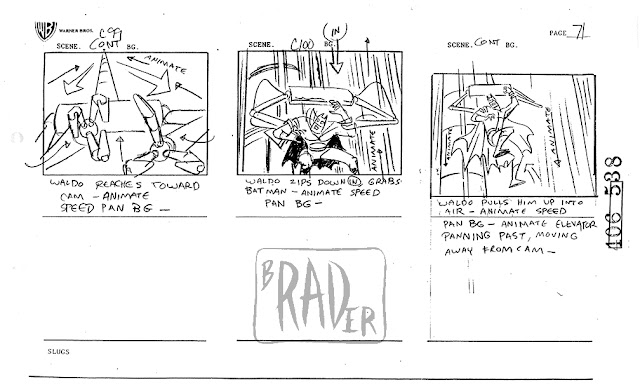 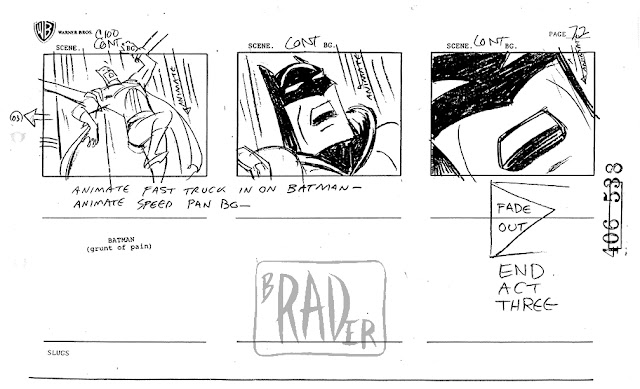