This is a post of storyboard pages 42 through 53. Mike Goguen and I did alternate sections. I put my watermark on the pages that I (at least) roughed, even though they were (or weren’t) clean-pencilled by Mike. 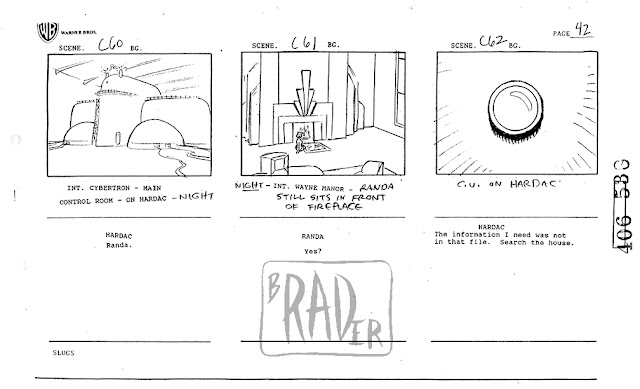 In scenes C65 and C66, Randa zaps Alfred with the taser established at the end of Act Two. I may have storyboarded it, but don’t ask me where she pulled the taser from. 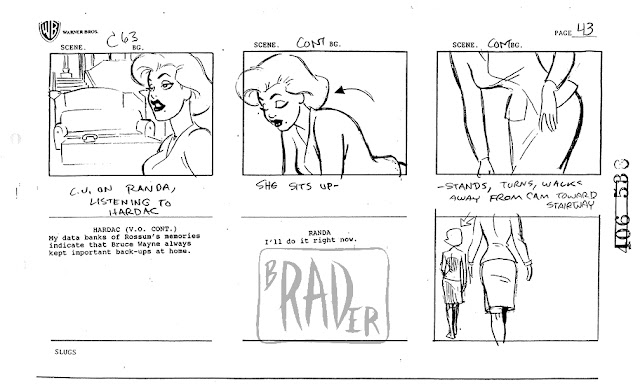 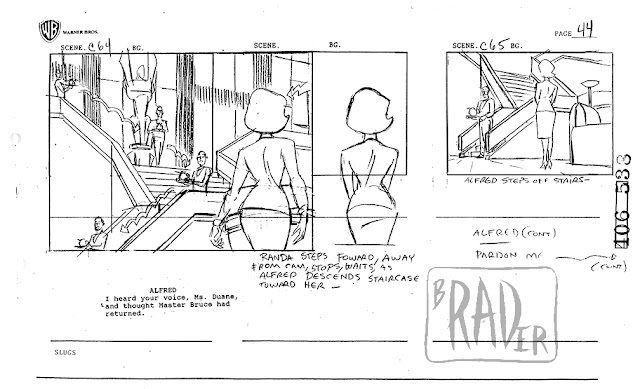 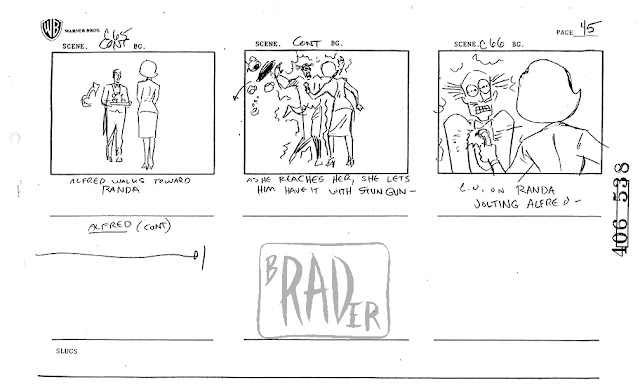 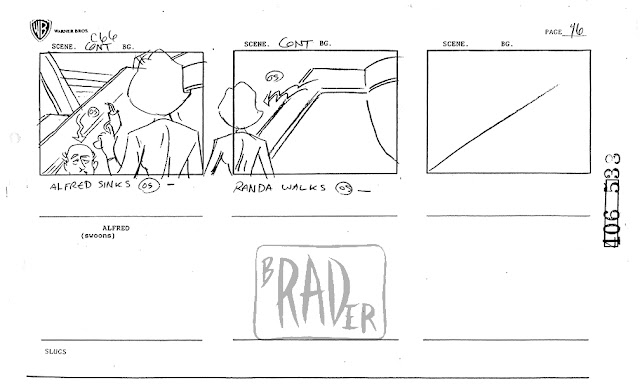 I didn’t feel the need to highlight Randa’s weapon (i.e., showing it in close-up as it subdues Alfred) since it was  adequately introduced in the previous act, in precisely that way.

By the way, scenes C63, C64, C64 and C66 are all examples of “cutting on action”, i.e., an action is started at the end of one scene and completed in the next. This is called “invisible cutting”. 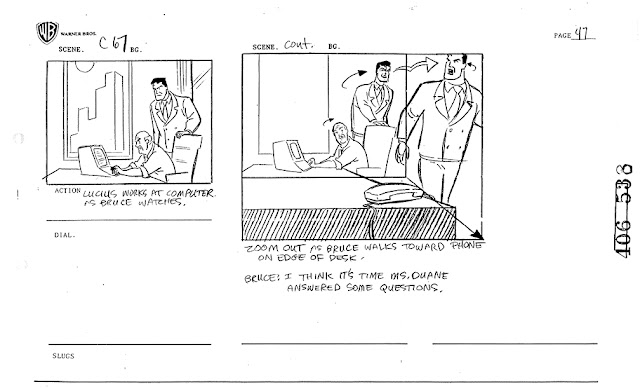 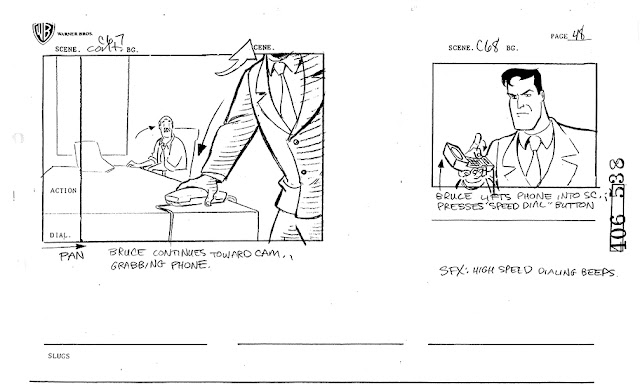 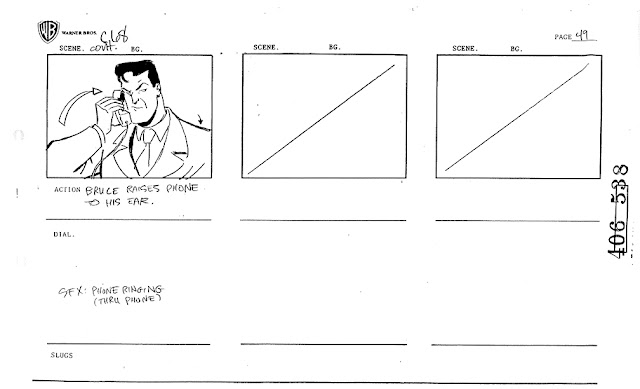 Transition back to Bruce’s office at Wayne Enterprises. Upon reflection, I think this section errs in that, in scene C47, the office is established as being a bustling hive of activity. 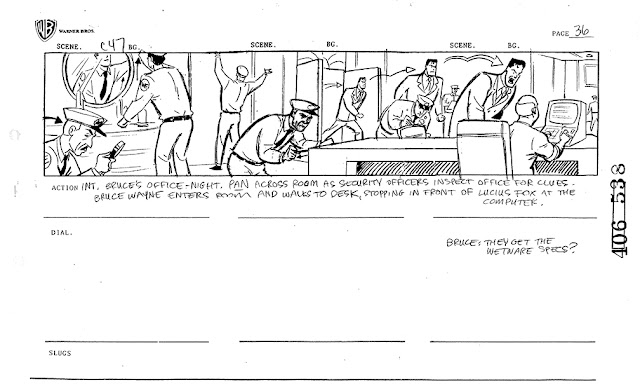 After that set-up, the security officers are forgotten, drop out of the location. If I’d been storyboard supervising, I’d have directed the board artist to add the security guards into the BGs of other scenes (like C71). 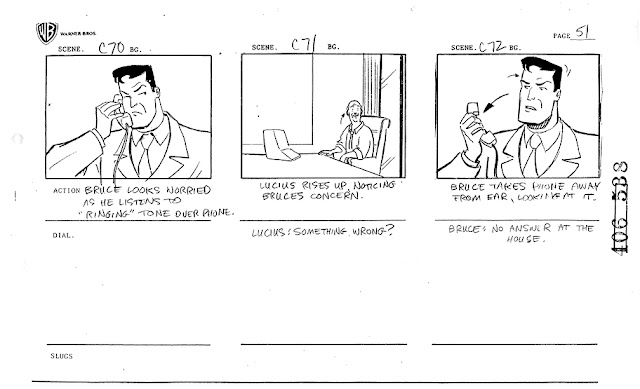 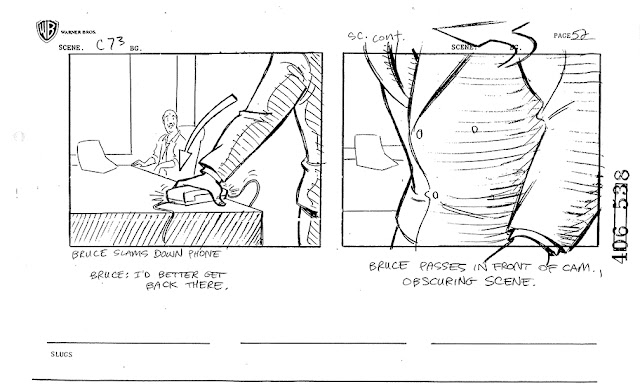 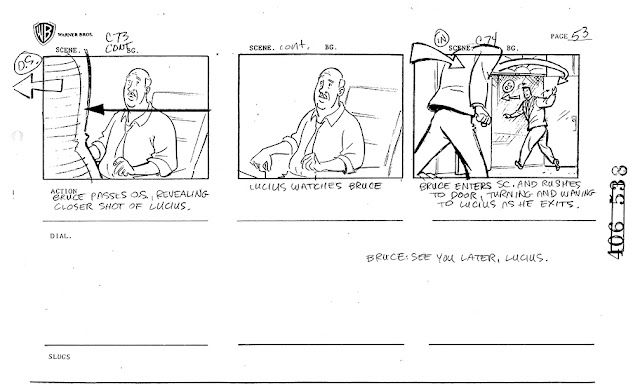 I like C69 for its economy and brevity. We established Alfred “going down” in scenes C65 & C66; all that is needed is the shot of his unmoving legs. My only caveat is that I probably could have shortened the length of the pan so that we could spend more time on the phone and the legs and less moving across the desktop. 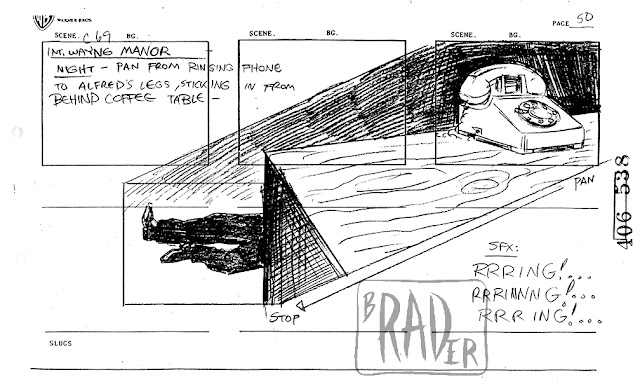