This is a post of storyboard pages 21 through 29. Mike Goguen and I did alternate sections.

I storyboarded pages 21 through 23. I want to draw your attention to scenes C30, C31, and C32. This  sequence of scenes would normally be done as a shot/reverse-angle type of thing in that scene C30 and scene C32 would be mirror images of scene C31. I opted for something more symbolic, i.e., Gordon shot from slightly behind, looking away from camera (towards o.s. Barbara). This was intended to give a more alienated  effect, emphasizing that this sequence is from Barbara’s point of view.

In the late 80’s/early 90’s I was heavily into Alfred Hitchcock, deeply influenced by “The Murderous Gaze”, a critical treatise by Robin Wood, and the Hitchcock/Truffaut book. I was particularly
interested in Wood’s analysis of Hitchcock’s use of point-of-view. Among other things, the master would evoke p.o.v. without resorting to actual p.o.v. shots. That is at play in this little sequence, insofar as I contrived to make it her p.o.v. (instead of a impersonal narration) by continually framing Gordon from “over the shoulder” in every scene he is shown.

Mike did pages 24 through 29. Randa Duane’s compact goes into action, trying to invade the Wayne-tech server. I suspect Mike designed the compact himself, as we were working slightly ahead of the design crew, as I recall. It’s mildly humorous, in a deadpan sort of way. 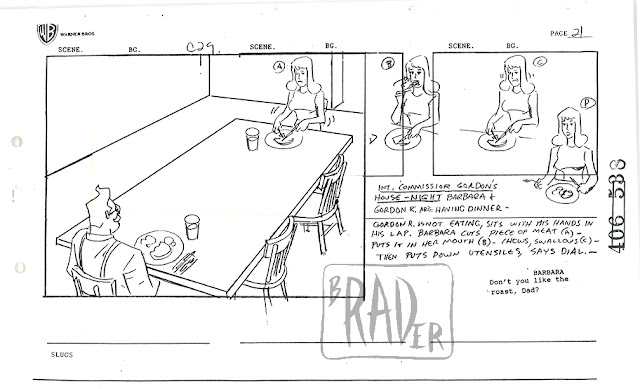 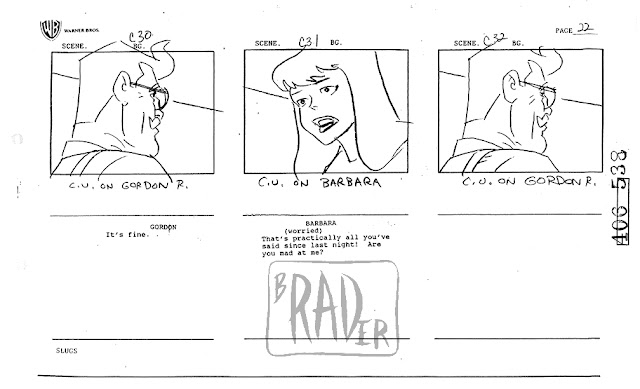 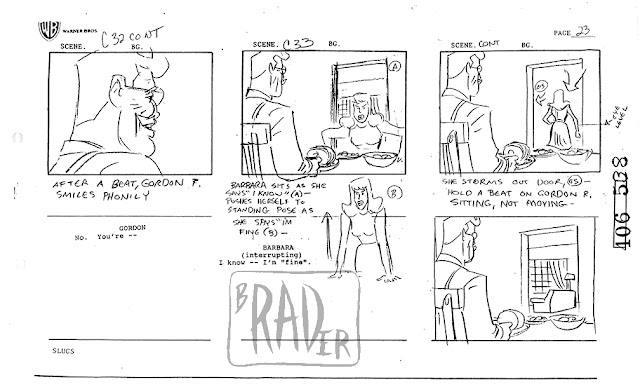 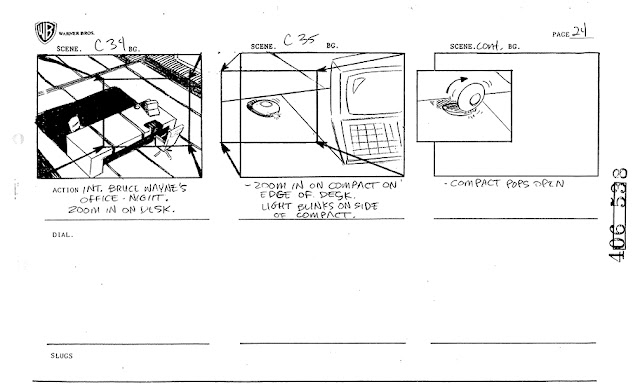 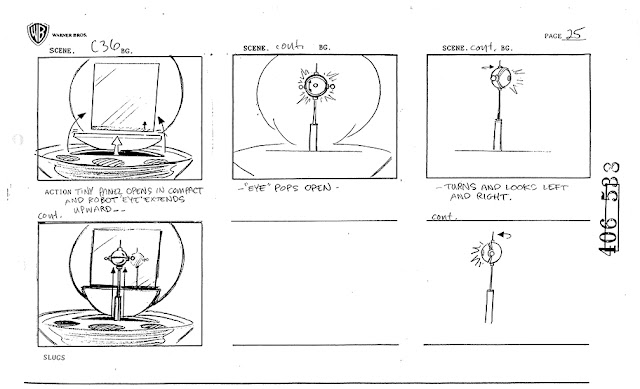 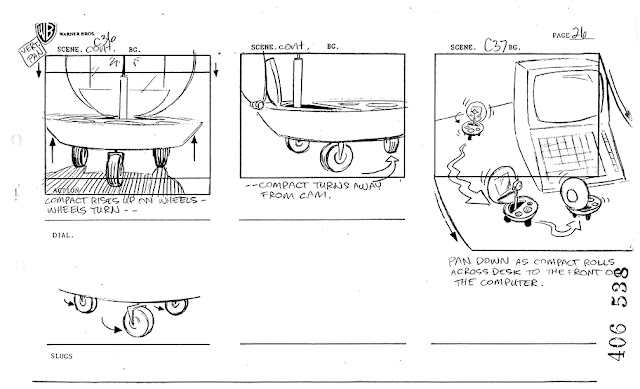 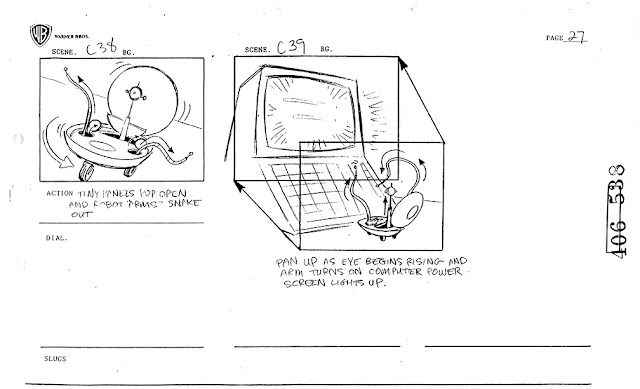 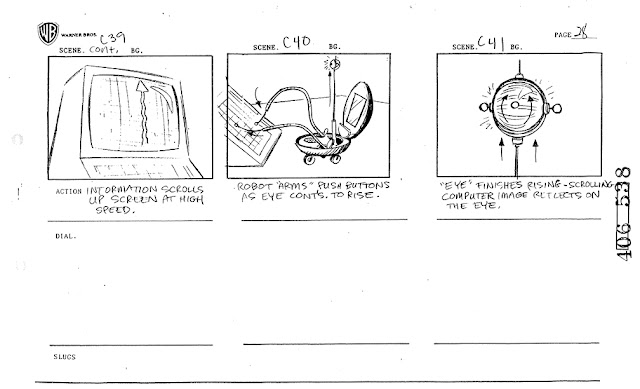 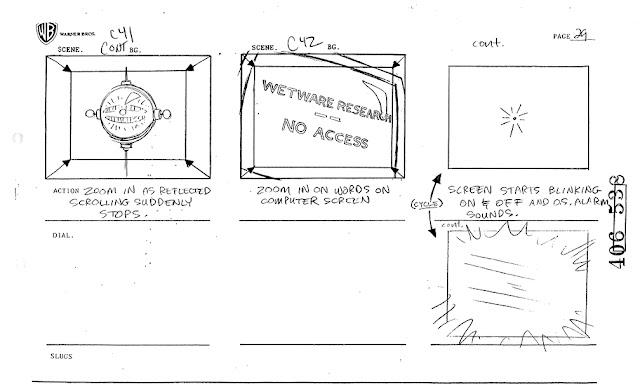