This is a post of storyboard pages 10 through 20. Mike Goguen drew this section.

We are back in Bruce’s offices at Wayne Enterprises. It is instructive to observe how two different artists employ the same stock environment. The thing that leaps out to me is that our styles, Mike Goguen’s, and mine, are very much alike, the same classic-Hollywood-movies-from-the-30’s-and-40’s cutting and attention and care in subtleties of acting. I especially like C21, where Lucius Fox wipes off his palm before presenting it to Randa Duane for shaking.

One big difference I see: Michael took much more care in the drawing, giving his boards a level of polish that is quite appealing. For my part, I was almost militantly cavalier about the speed and crudity of my draftsmanship; producing pretty boards was irrelevant to me. My admiration for Alex Toth’s terseness and simplicity extended to the process of production as well as its finish; any extra moment spent (on the drawing, not the conceptualizing) was a moment too long. This will become especially apparent in the next several posts, which cut rapidly back and forth between Mike’s sections and mine (including one where he cleans my roughs).

The other difference i: I was much more flamboyant in my montage. I was in the middle of a 15 year immersive study of cinema, and wanted to use every trick I found. Hitchcock, Curtiz, Hawks, Miyazaki, Otomo, Cameron, Val Lewton were primary for me during this period. Mike was much more “meat and potatoes”, concentrating  on staging that highlighted acting and interaction. 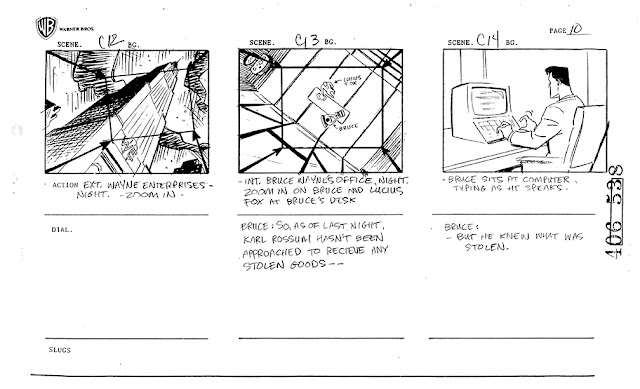 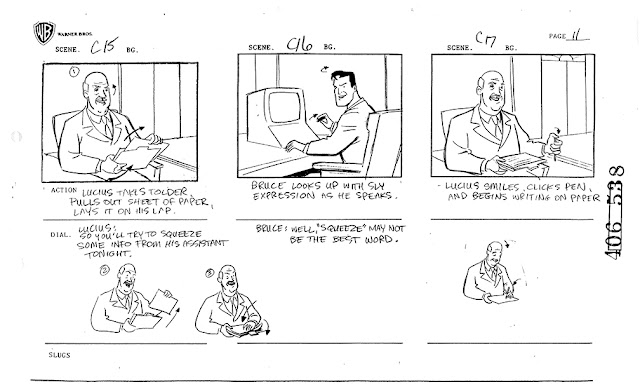 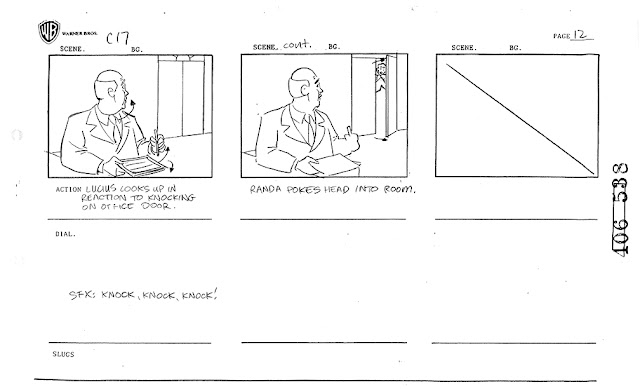 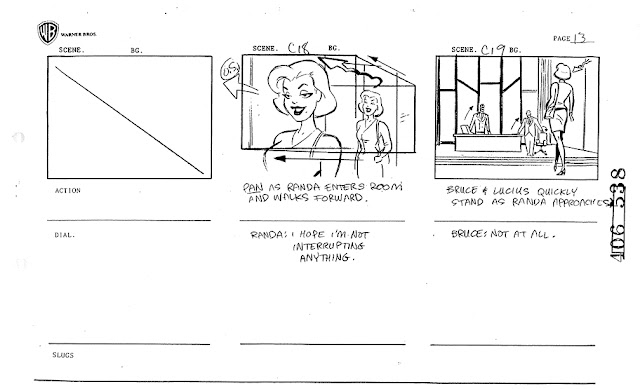 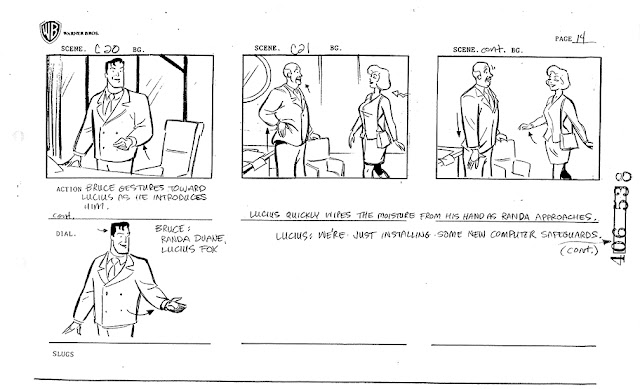 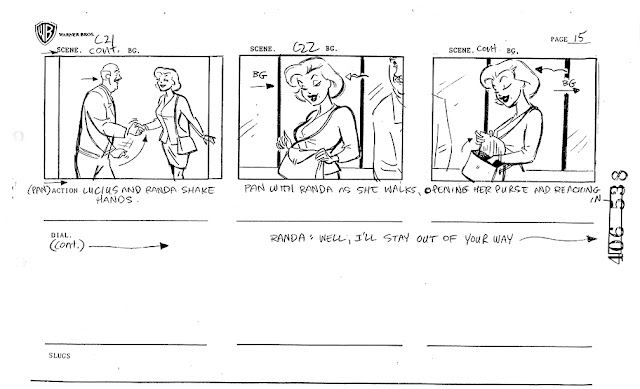 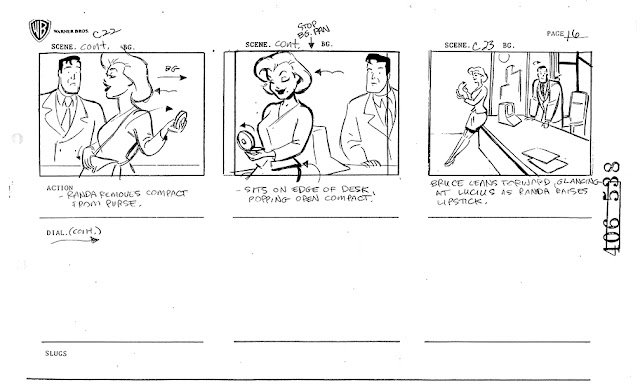 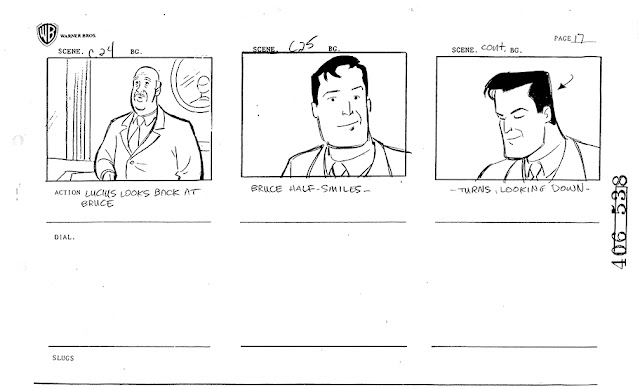 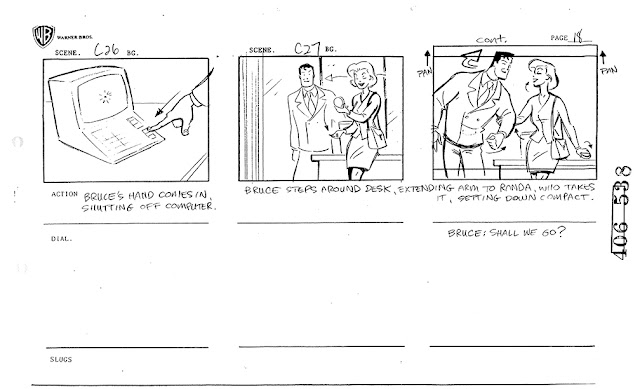 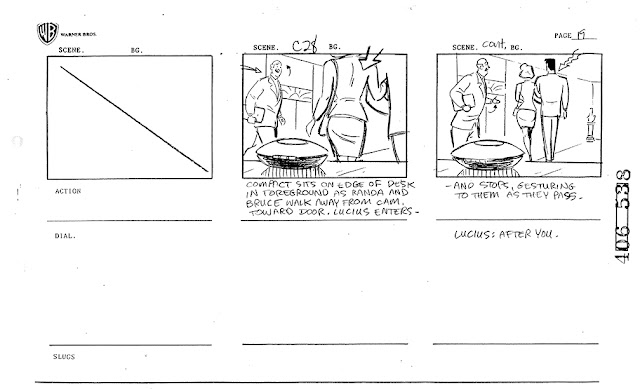 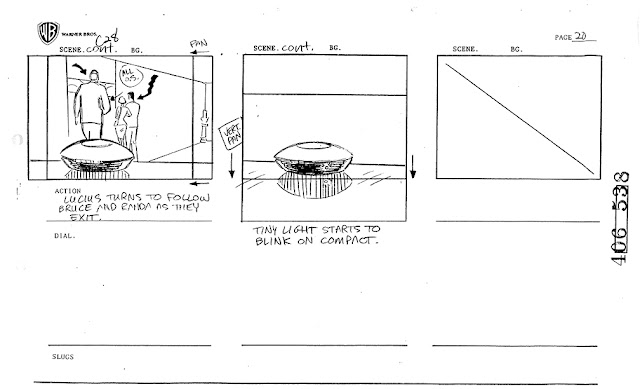