This is a posting of pages 79 through 86. This section of Act Two was storyboarded by Michael Goguen.

Randa has quality alone-time with Hardac. Notice, in scene B112, that Hardac refers to the “next duplicant” being “ready”, implying that there’s at least one previous duplicant out there, running around, getting into trouble. Creepy! The identity of this duplicant will be revealed in the Part Seven posting.

In scenes B114-B116 Randa removes her hoody, revealing her platinum blonde, Marylin-Monroe-style coif, and clueing us (in case there was any doubt) that she’s the mysterious robot-briefcase-deliverer from Act One.

Note: we board-artists on The Batman Animated TV Series were heavily influenced by classic Hollywood “invisible” montage as practiced by George Cukor, Howard Hawks and John Ford, i.e., start an action on one cut and complete it on the next (or, in this case, an intervening close up of another character inserted in the middle of the action). Of course, we were also influenced by the flashier filmmakers like Alfred Hitchcock and Fritz Lang, and anime, especially Hayio Miyazaki. 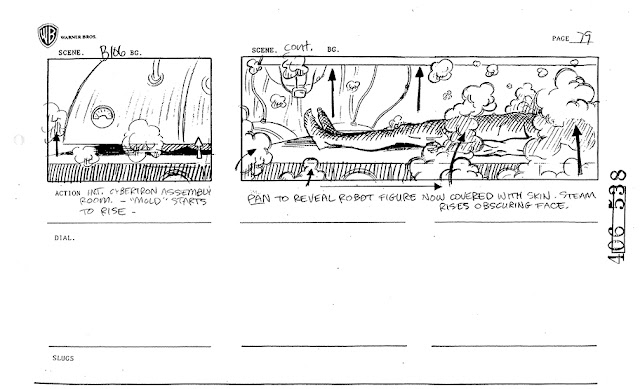 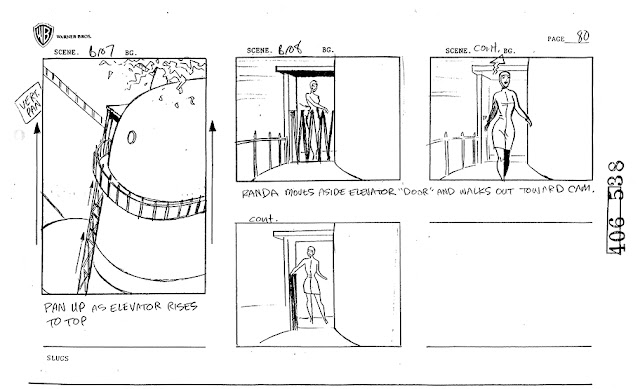 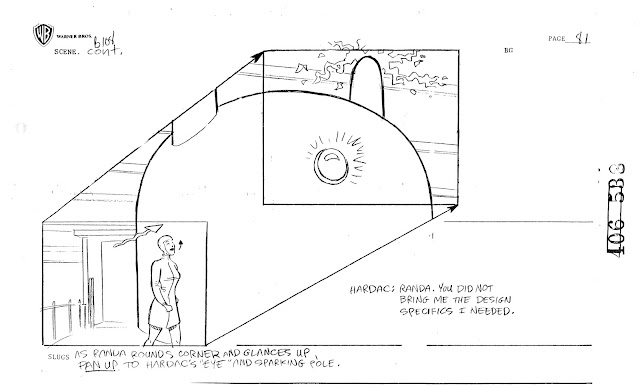 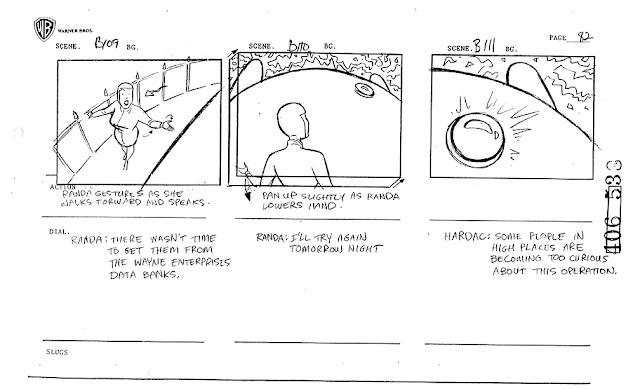 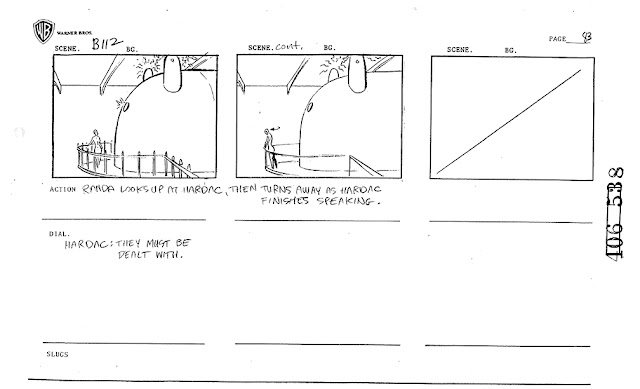 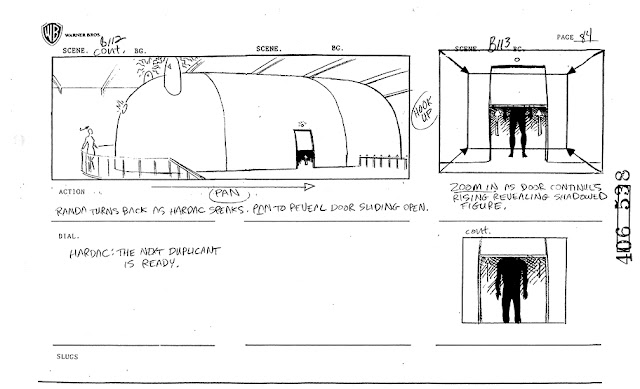 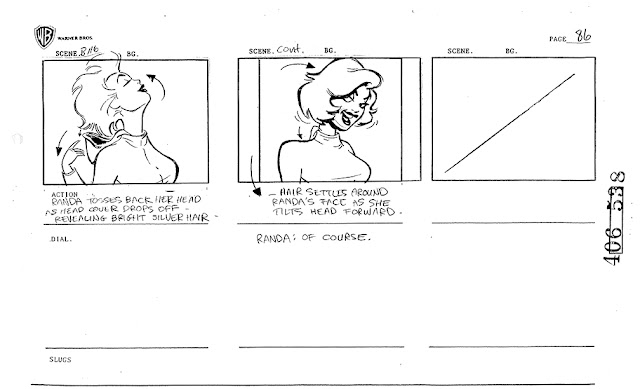 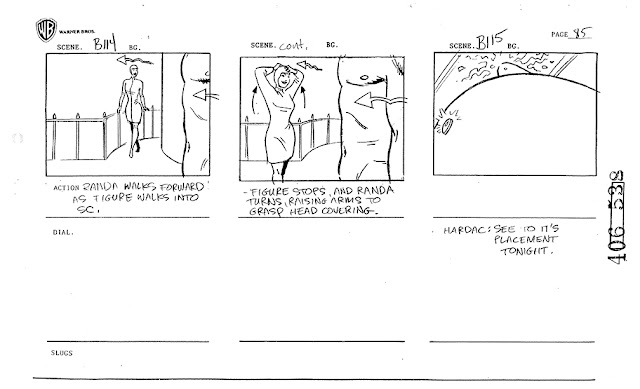