This posting is of pages 6 through 20.
Batman returns to the Batcave, carrying the busted Bat-Glider. The narrative is vague about how Batman got back home after crashing on the beach. For instance, he doesn’t drive in on the Batmobile and climb out carrying the glider remains. I would have found this acceptable, actually; it would totally make sense for the Batmobile to be self-driving; Batman would page it and it would come get him. Or he might call Alfred and ask for a ride. Of course, this written in the days before self-driving cars and Uber, so perhaps I’m being anachronistic .


This is all prosaic, move-the-plot-along dialogue, but I think I did an adequate job with it. I never complained when I was assigned this sort of sequence (Alfred Hitchcock was one of my heroes and many of his best set-pieces were all-talking-heads). I enjoyed the droll by-play between Batman and Alfred, using it to cover their actions. The only place where I ran out of organically motivated actions and angles was in scenes B22 & B23, where I resorted to a self-indulgent close up on Alfred wringing out his mop, cutting to a close-up on the water going into the pail, the ripples subsiding to show Batman’s reflection. With B24, we do a flopped match-cut to Batman. turning to Alfred as the butler steps in, continuing to mop. I don’t remember whether this made it into the televised episode or not. 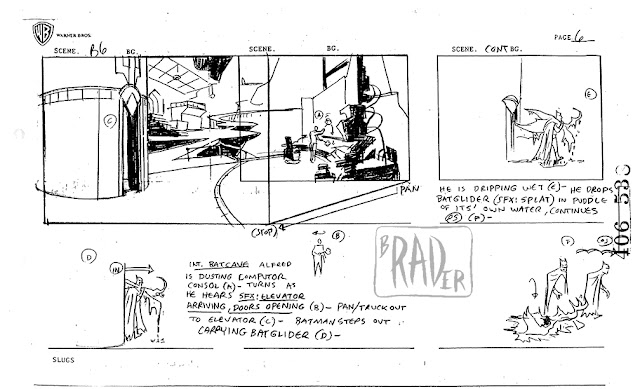 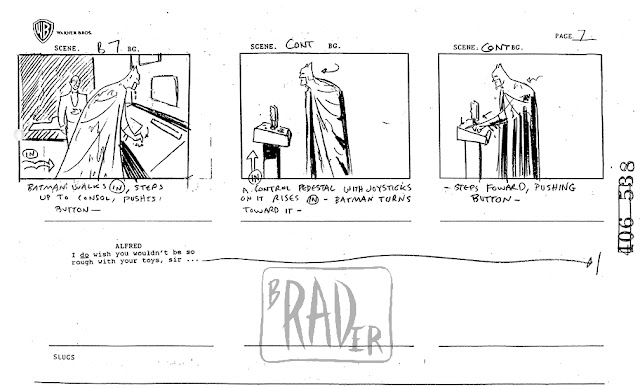 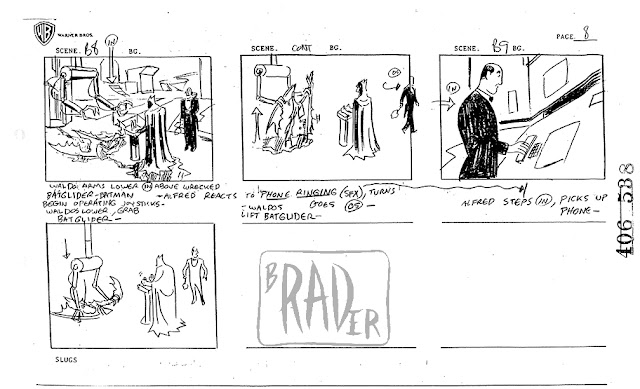 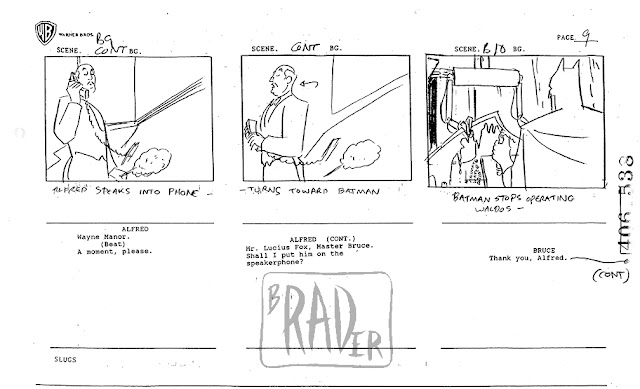 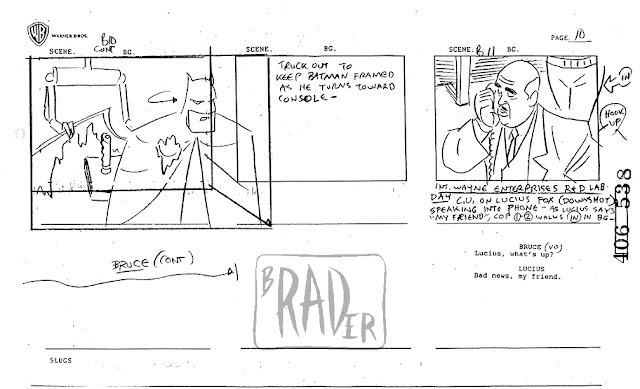 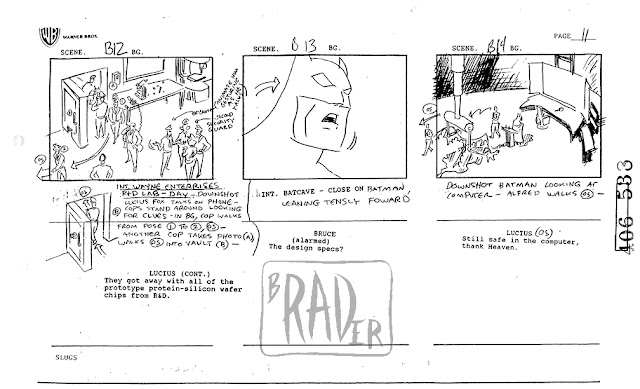 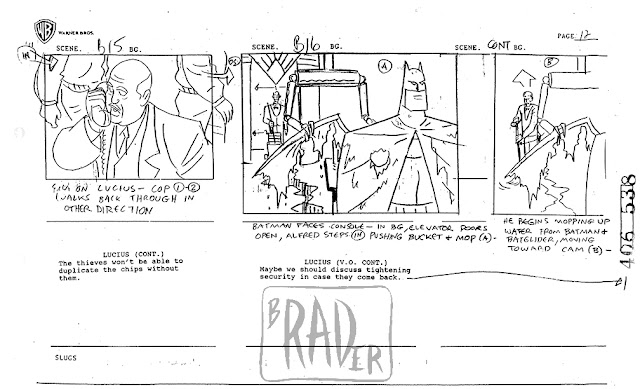 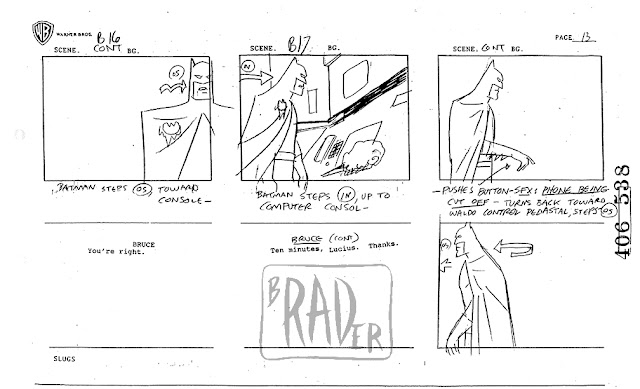 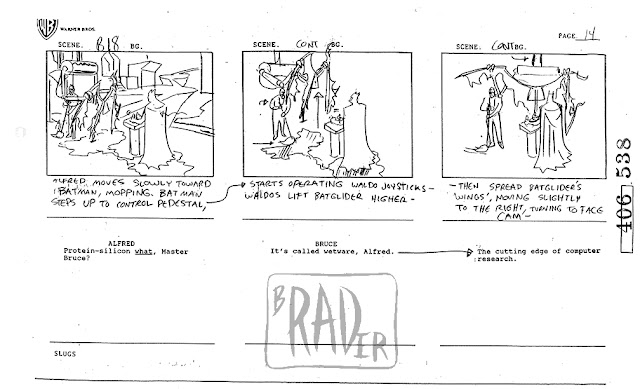 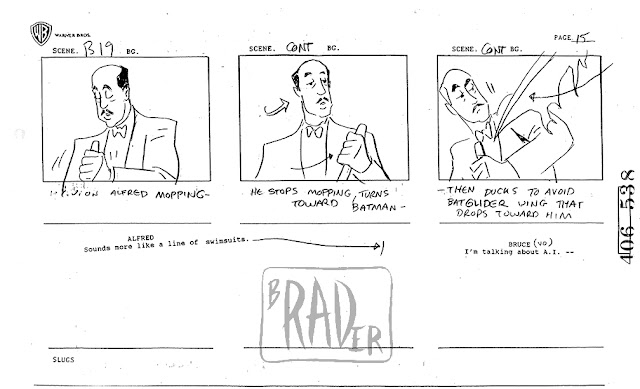 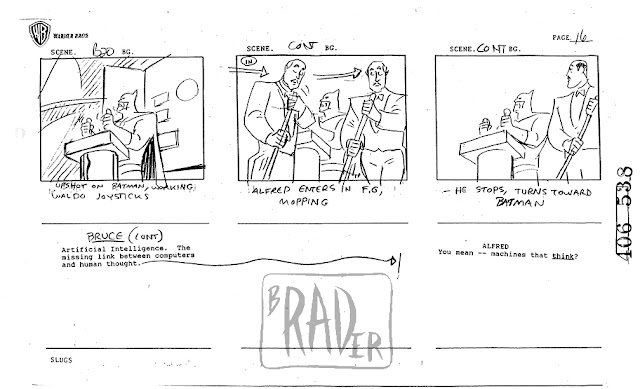 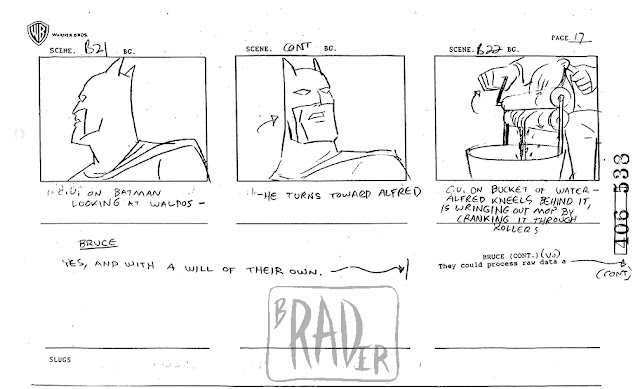 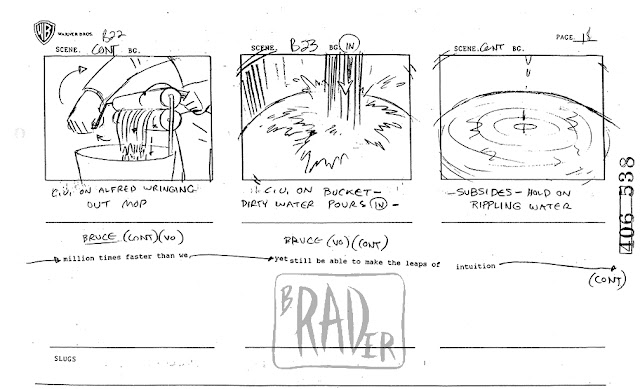 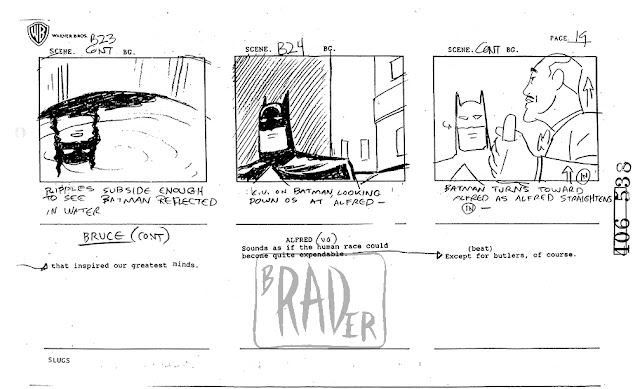 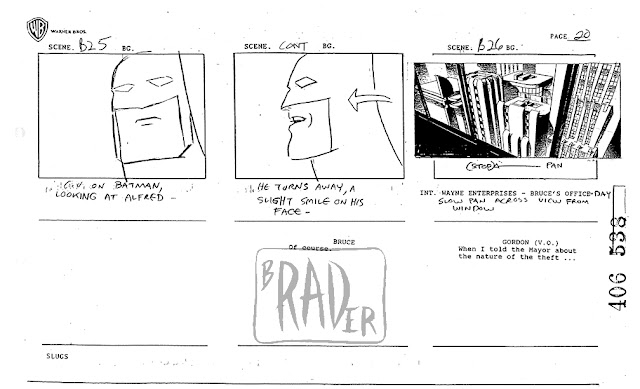