"Heart of Steel" Part One, Act Two (Part One)

This post concentrates on pages 1 through 5. This is the resolution of the cliff-hanger ending of Act One (Batman, in his injured Bat-Glider, crashing into the rugged near-Gotham sho shoreline).

We start with a long shot of Randa’s vehicle driving O.S. around a cliffside corner and vert pan/Truck in down the cliff face, cross dissolving during the pan to save time ( at a 25 year remove, I question whether the cross dissolve and truck in are necessary. It would be interesting to watch the episode to see if that direction was implemented or if it’s just a straight vert pan) continuing the vert pan down the cliff to show a wave in mid-crash on the beach at the bottom. The wave clears, revealing Batman, laying face down on the sand. We cut to a close-up on Bats and he stirs, picks himself up as a second wave crashes in on him. I like the way the two scenes work together, in time to the crashing of the surf. If we’d had time, it would have been cool to let a couple more waves break before Batman moves to play out the suspense, but the episode is long the way it is.

In scene B4, Batman steps in, practically collapsing against the cliff. If this were live action, I would have shot it as a slightly fake looking rear-screen projection, as a homage to my primary filmmaking influences, American movies from the 30’s and 40’s.

My thanks to all the Bat Fans that attended yesterday’s celebration of 25 years of the Batman Animated TV series (and the introduction of Harley Quinn). Also, thanks to Mike Wellman and our panel moderator, Londyn Jackson for organizing the event, and my fellow panelist and ex-Bat_director, Kevin Altieri for helping me dredge up old memories. A bat-tastic time was had by all! 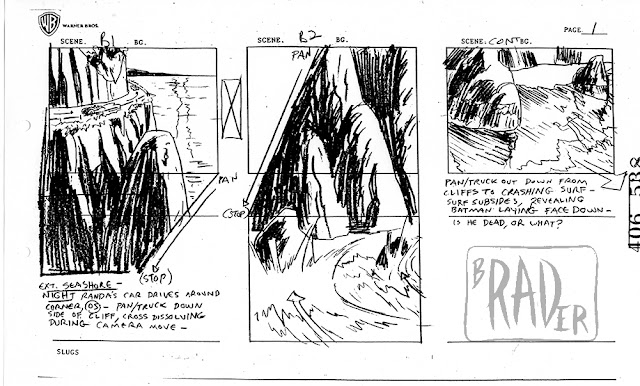 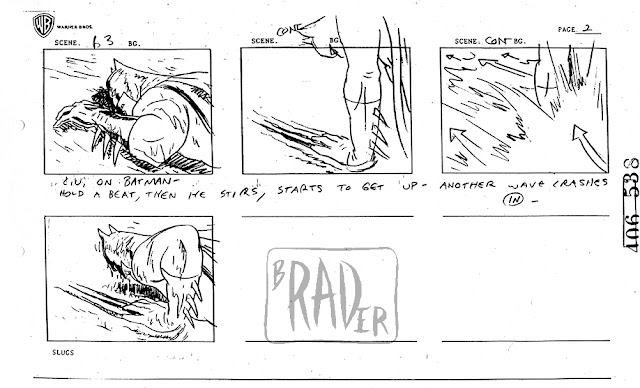 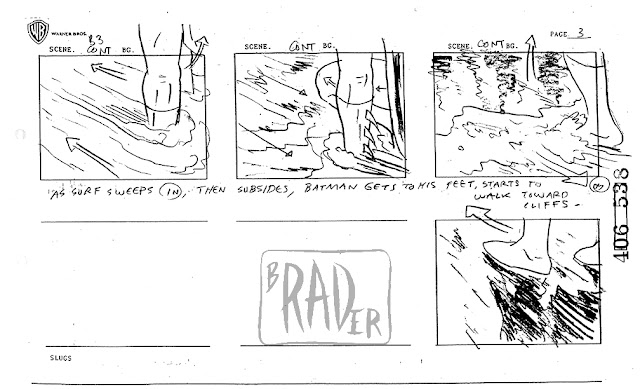 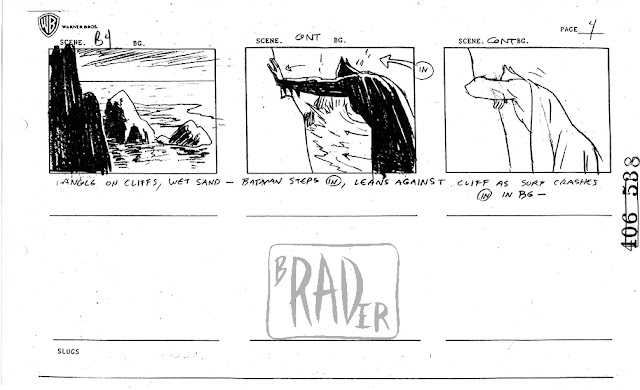 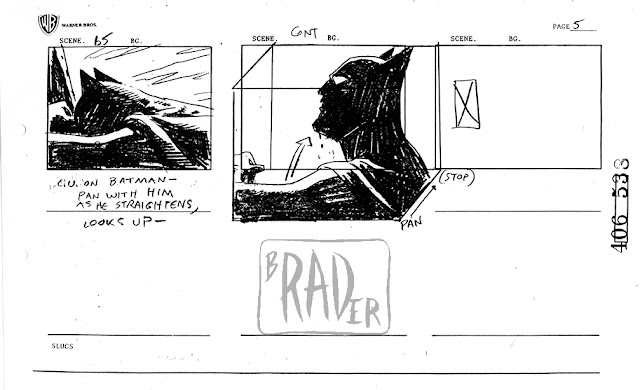