Heart of Steel, Part One, Act One (Part Four)

Come see me on Saturday. I, the storyboard artist on this episode of The TV Animated Batman TV Series, and the director of this episode, Kevin Altieri, will be celebrating the 25th Anniversary of said series at The Comic Bug, in Manhattan Beach, California, USA. Hopefully, I will be displaying my copy of the storyboards to this episode and Heart of Steel, Part Two.

At the time I storyboarded this sequence, I was deep in the throes of my initial  love affair with the films of RKO horror producer, Val Lewton (Cat People, The Body Snatcher, I Walked With A Zombie, The Seventh Victim). I was also heavily into the comics styling of Alex Toth. What appealed to me about both Lewton and Toth was their oblique minimalism, showing things by implication. Anything that could be withheld was. That is on display on the first shot of this sequence, where we see the robot briefcase’s shadow in the just-cut opening to the R&D vault; before it enters frame, we diagonally pan up to a close  up on the lockers. RBC’s eyeball head pops into view and goes to work with its laser eye.

Speaking of droll minimalism, I get a chuckle out of Bruce Wayne’s escape from the Security Guard’s room. 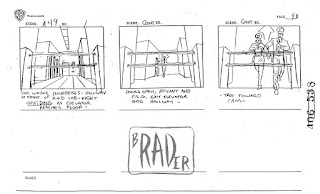 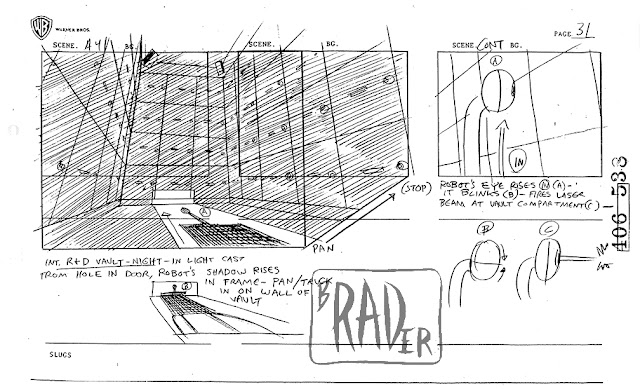 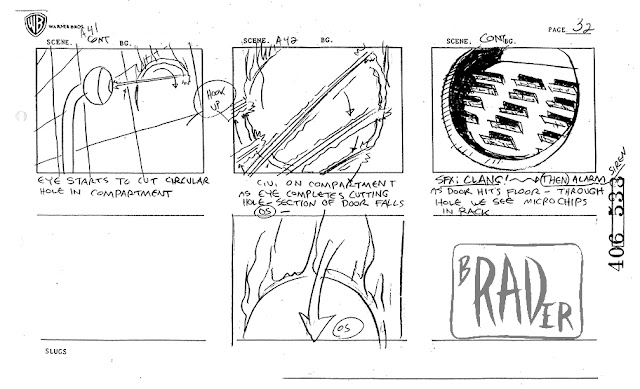 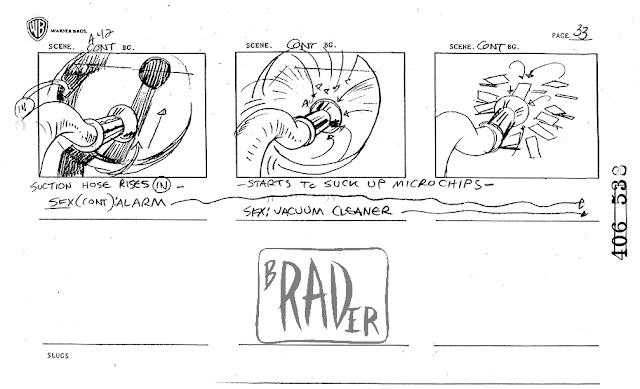 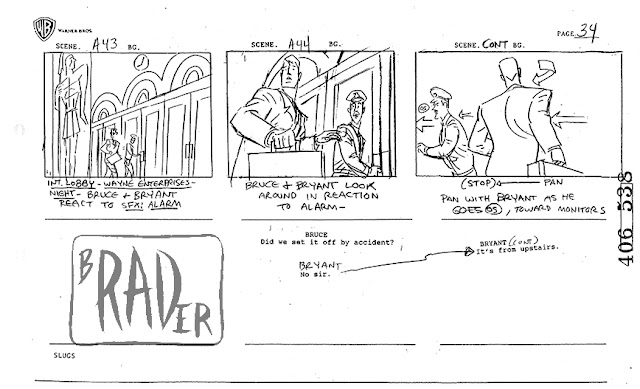 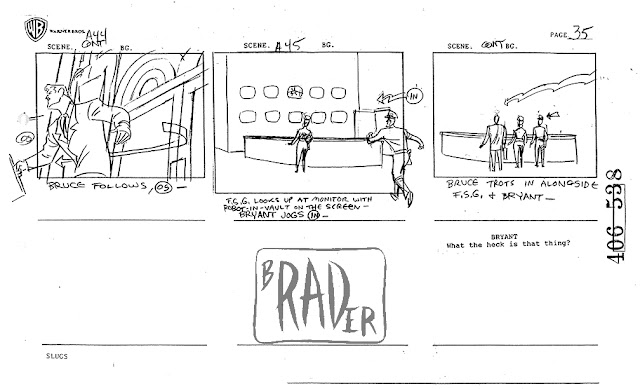 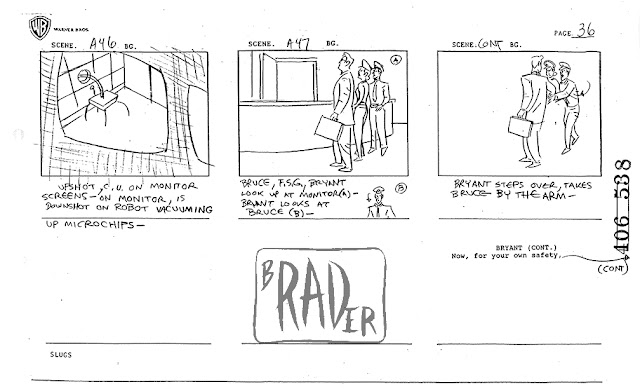 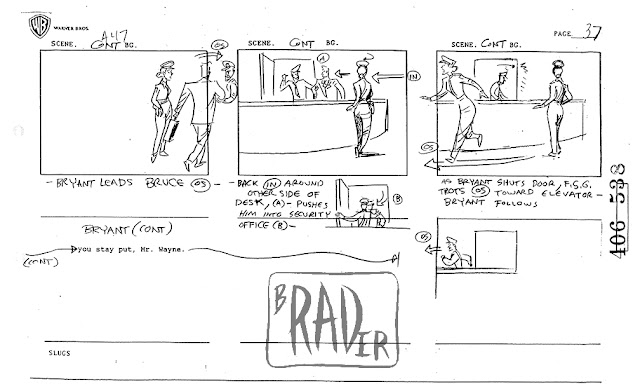 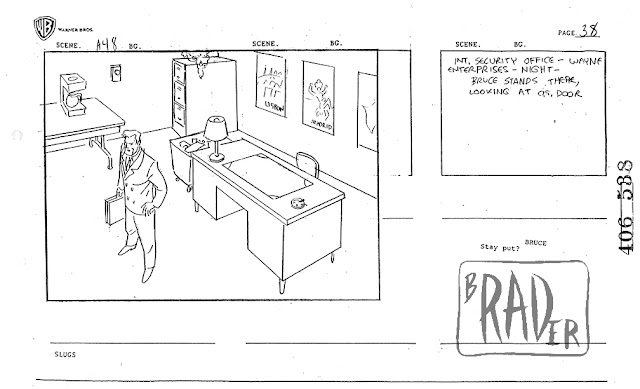 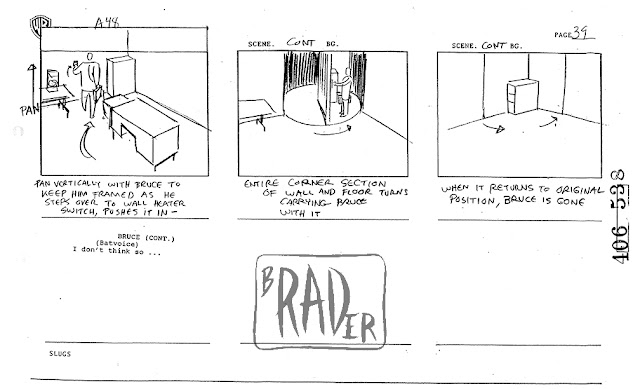