Heart of Steel, Part One, Act One, (Part Five)

In this post, I’m presenting pages 41-50, in which  Batman (finally) arrives at the party.

When I was starting out as a professional artist in the early 80’s, Mark Evanier gave me the useful tip that one should take special concern with how characters are first presented in a story, citing as an example the introduction of Indiana Jones in “Raiders of the Lost Ark”: we’re 10 minutes into the movie before we get a good look at him, and then it’s staged for maximum drama and impact.

In the present case, Batman’s introduction seems to be staged more for droll humor than impact: Robot Briefcase is waiting for the elevator, the doors open, ta da, here’s Batman. I can’t take full credit for it; I’m pretty sure it was that way in the script.

I had fun drawing Batman as he plays tug of war with R.B. I went “off model” drawing Batman’s muscle-cuts as he strains to restrain the errant tech-entity. I would be curious to see how it looks, animated.

Only two days until my appearance, along with Kevin Altieri, at the Comic Bug, in Manhattan Beach, California, USA, on Saturday, September 23, between 1 and 4 PM. We’ll Kevin and I will be on a panel, discussion the Batman Animated TV Series on the occasion of it’s 25th Anniversary. We’ll be screening and discussing the first episode, “On Leather Wings”.  To generate interest, I’m posting, in serialized fashion, the storyboard to the episode “Heart of Steel”. I already posted my boards to “On Leather Wings” last year, and see no utility in repeating it when I have so much more material to cover. 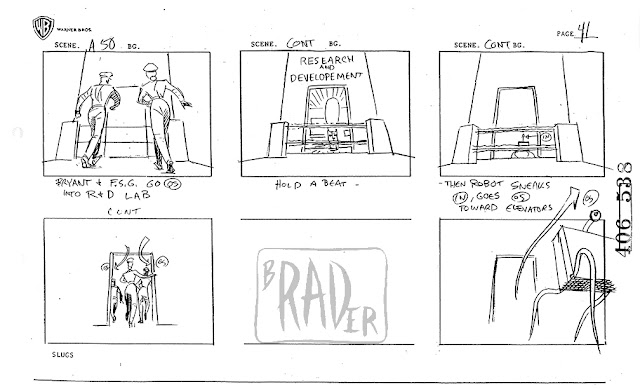 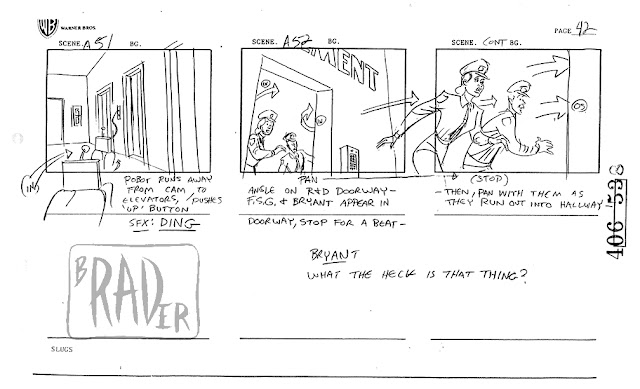 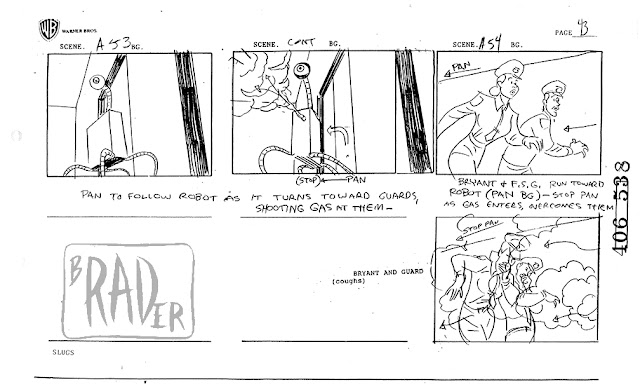 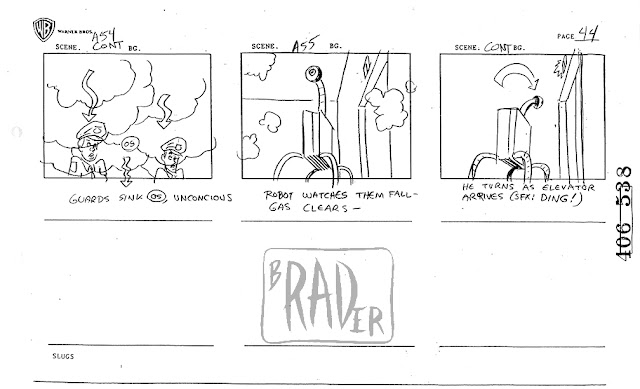 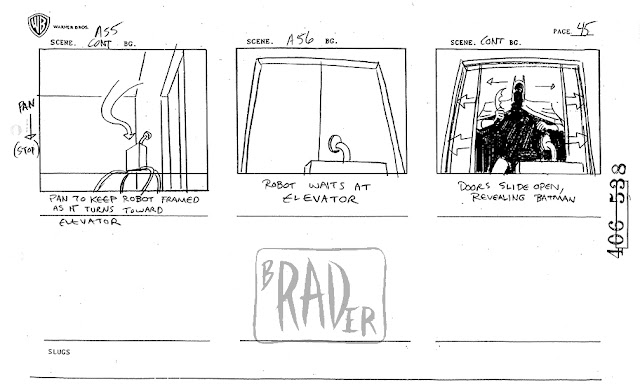 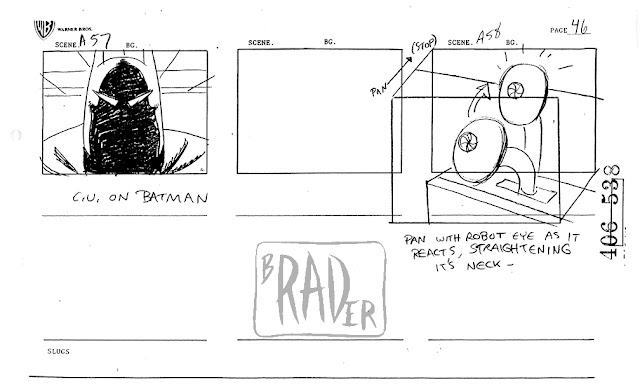 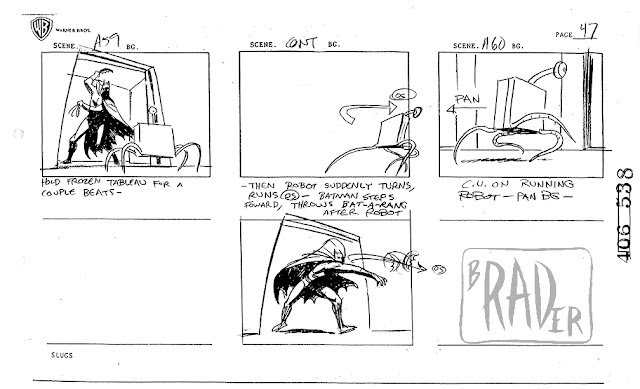 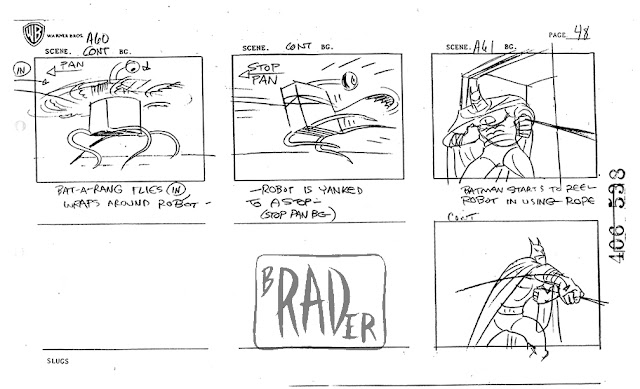 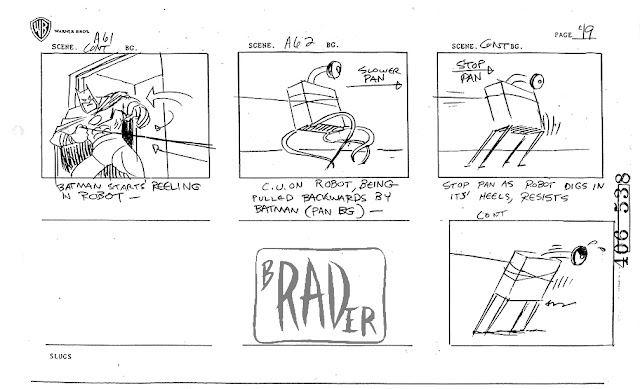 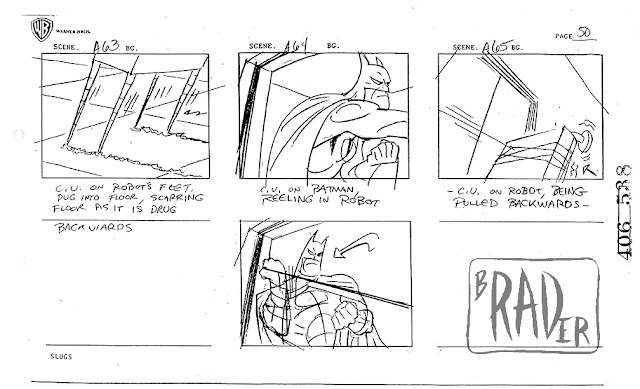