"Heart of Steel", Part One, Act One, Part Two

Herein I present pages 11 through 20 of the storyboard to The Batman Animated series episode #39, entitled Heart of Steel (or Hearts of Steel, I forget which) Part One. This episode was directed by Kevin Altieri. I am posting this storyboard, in serialized fashion, to generate interest in Kevin and my appearance on Saturday, September 23, at The Comic Bug comic book store, between 1 and 4 PM.

A Facebook friend asked, in response to pages 1-10, if I got to choose my own camera angels. Yes indeed I did. That, in fact, was the point of our job. Moreover, I had a certain amount of latitude with the script. Act One spent several pages following the robot briefcase as it evaded the Wayne Enterprises security system. I found this tedious, wanting to get to the Bat-Action more directly. I was allowed by my director, Kevin Altieri, and my producer, Bruce Timm, to condense this section by at least one script page. 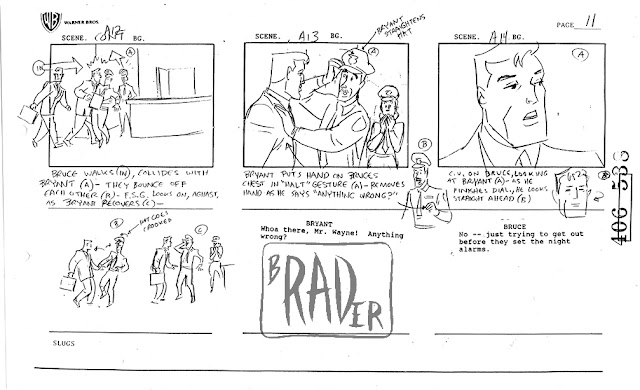 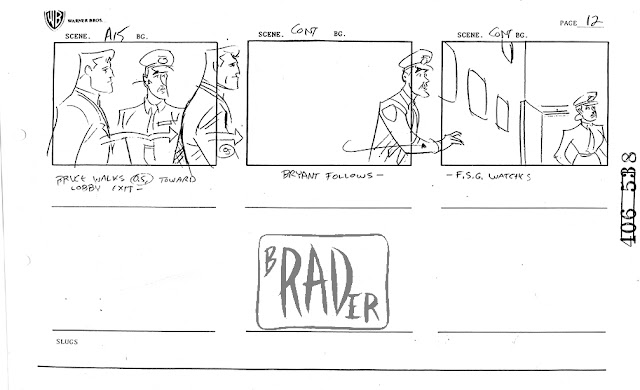 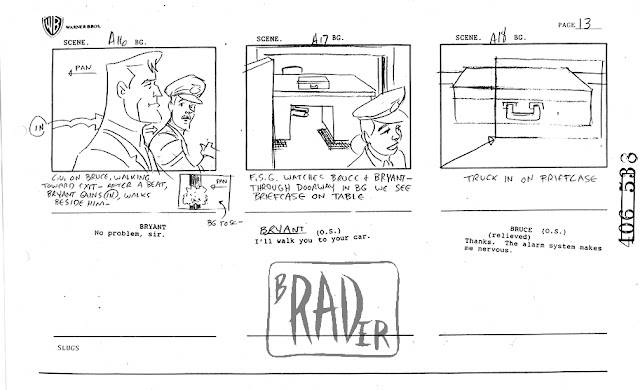 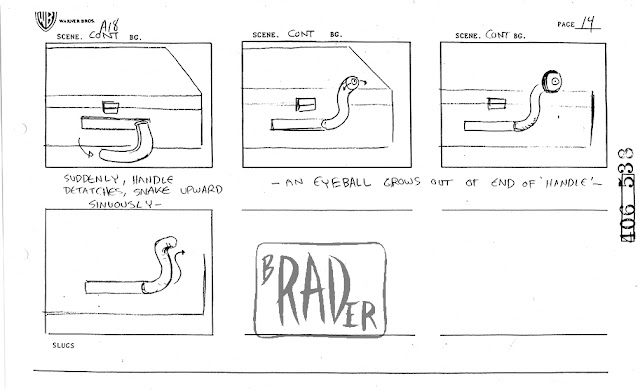 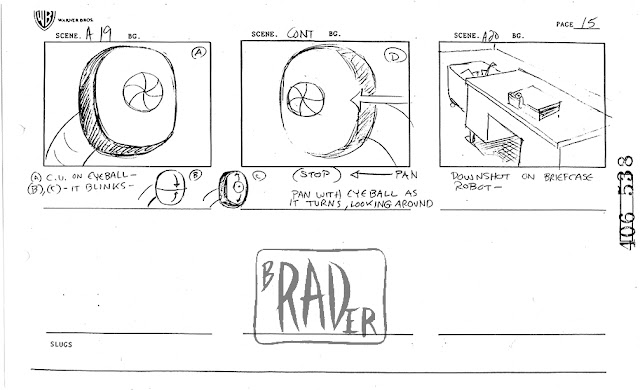 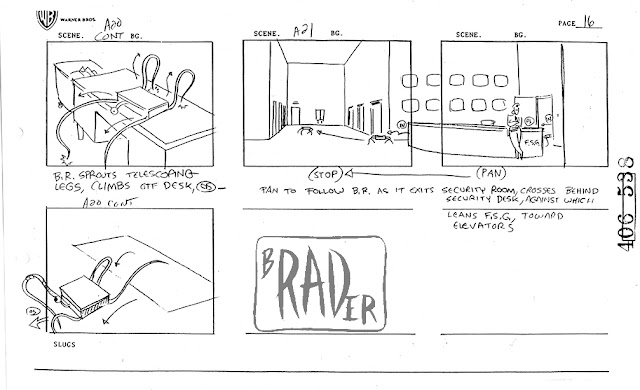 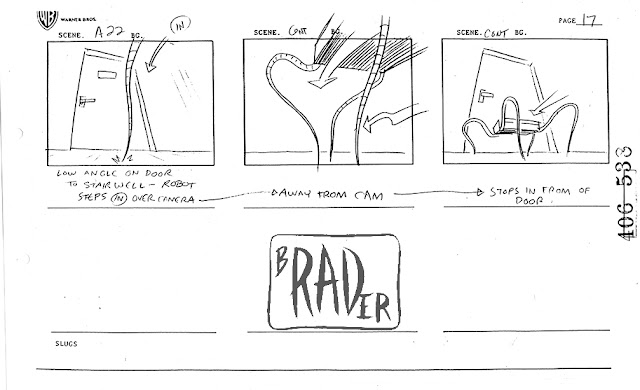 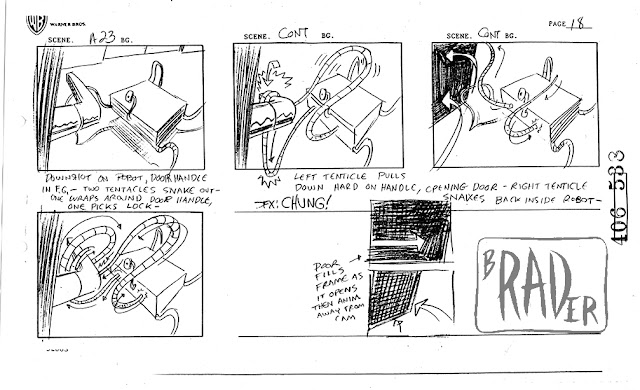 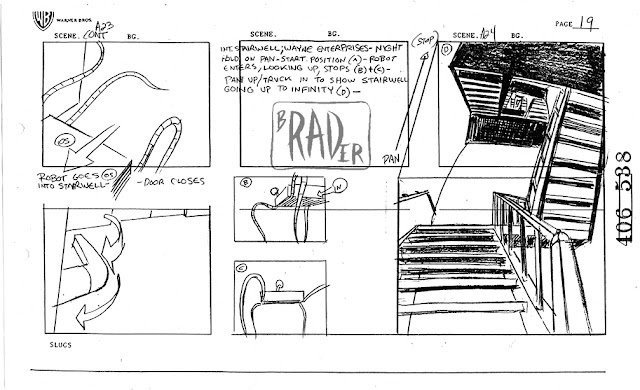 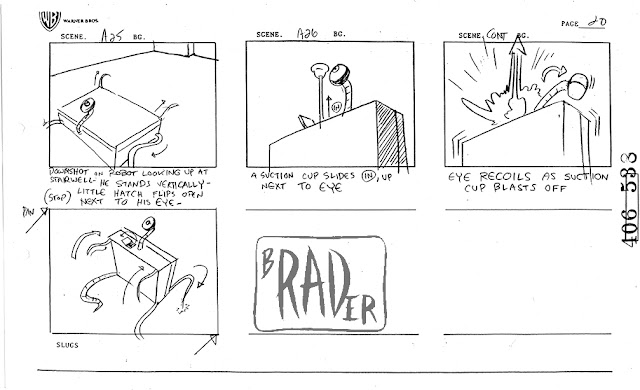