Heart of Steel, Part One, Act One, (Part Six)

The fight between Batman and Robot Briefcase literally heats up in this section (pages 51 through 60) as RB’s primary weapon seems to be its laser eye-beam.

I was allowed to stage the elevator-drop action beat. It wasn’t in the script, and Bruce Timm was going to cut it when I pitched him my roughs. I pleaded with him to let me keep it; it was something that I’d always wanted to do, and it didn’t slow up the story. Also (I may have pointed out), it give R.B. a chance to escape to the roof without having to fight Batman the whole way. I handle the transition to the roof quite economically, I think; we pan/truck in from Batman climbing out of the elevator to a hole cut in the stairwell doorway (having already established that RB can do that very thing, then we match-dissolve to the full moon overlooking the roof, pan down to the roof entrance (with a similar circular hole cut there-in) the door opens, Batman steps onto the roof. And is immediately halted by a warning laser burst. Reverse angle o.t.s. (over the shoulder) Batman and we see RB, backlit with it’s eye glowing red.

Come see me on Saturday. I, the storyboard artist on this episode of The TV Animated Batman TV Series, and the director of this episode, Kevin Altieri, will be celebrating the 25th Anniversary of said series at The Comic Bug, in Manhattan Beach, California, USA. I will be displaying my copy of the storyboards to this episode and Heart of Steel, Part Two. 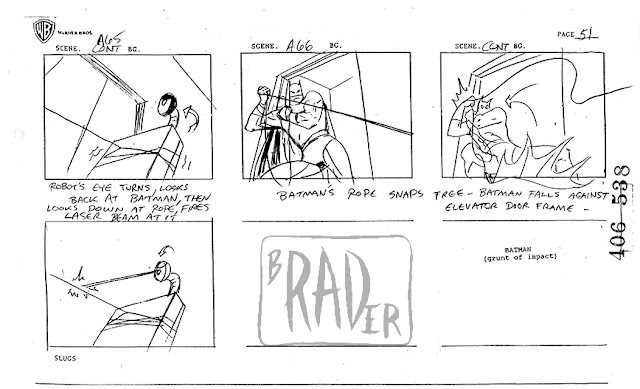 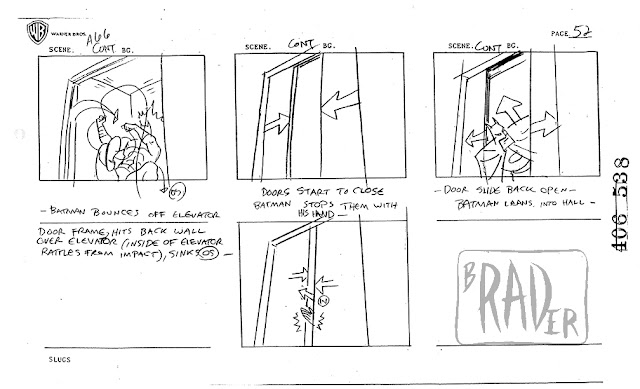 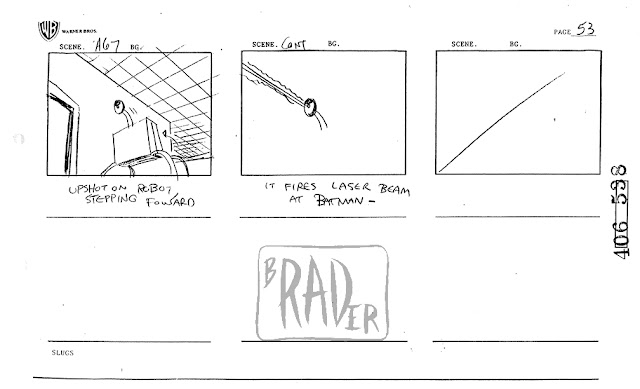 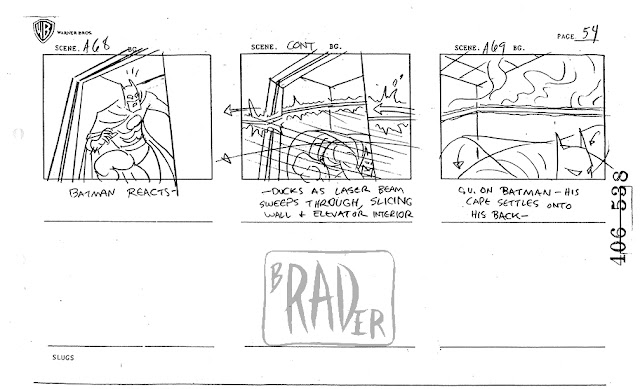 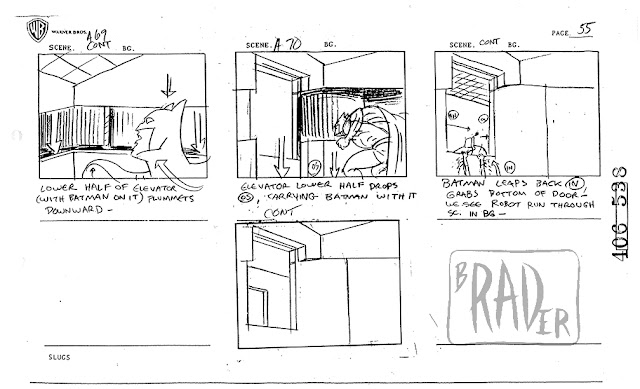 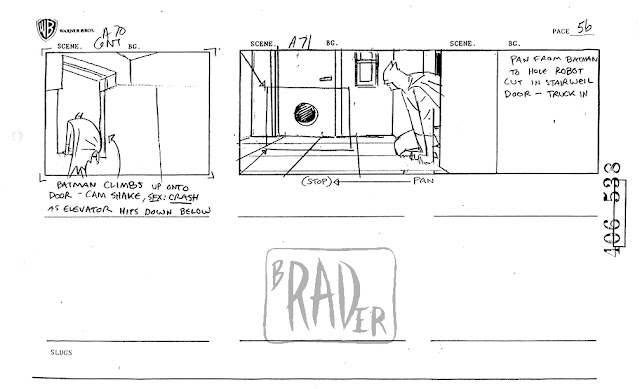 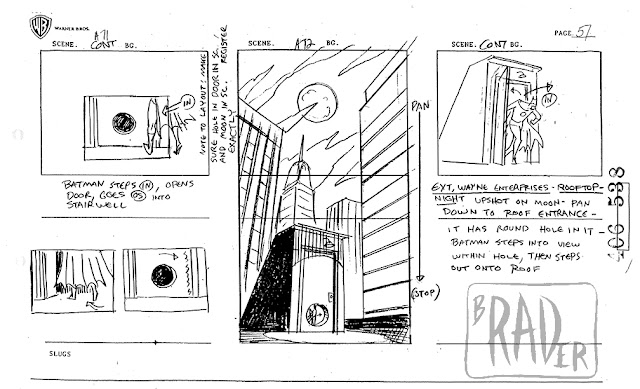 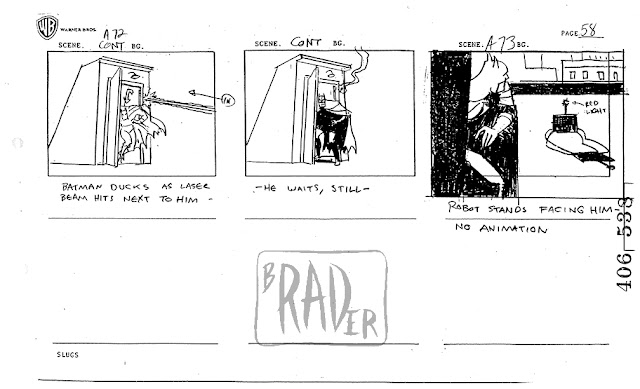 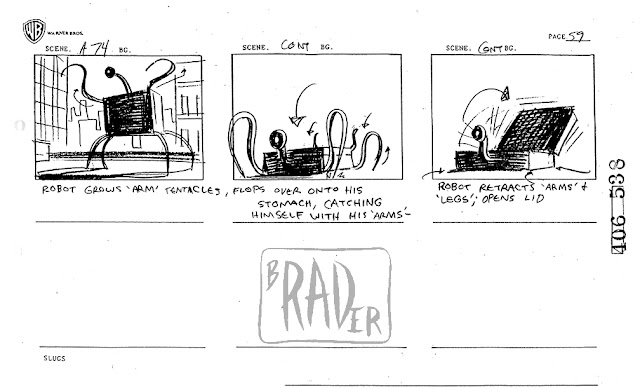 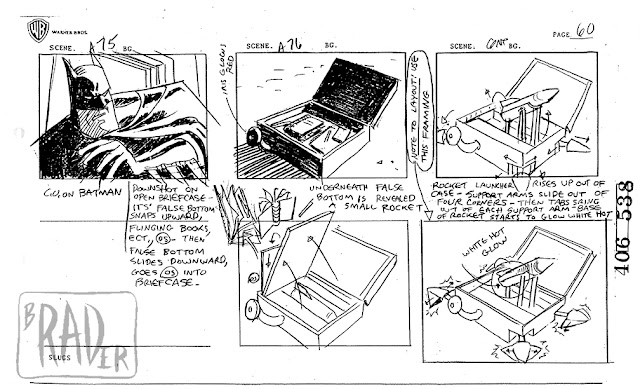