Miguelanxo Prado was lead character designer on the first season of “Men in Black” (the animated series based off the hit movie based off the independently produced comic book). I was a storyboard artist on that series. Mr. Prado was living in the USA for at least part of the time he was designing on the series, and I prevailed upon him to sign my copy of one of his graphic novels. I am posting both his drawing for me and the cover of the g.n. 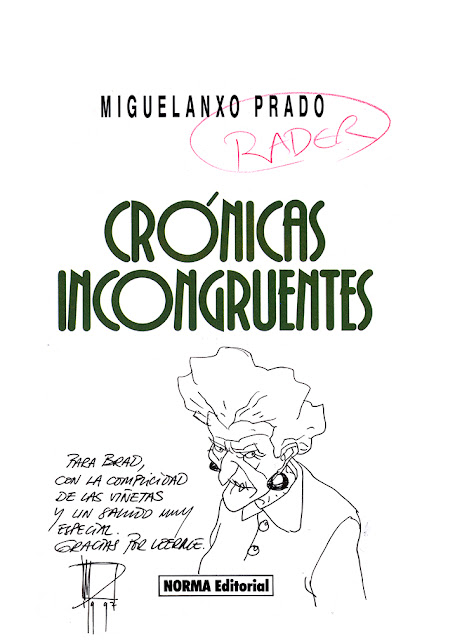 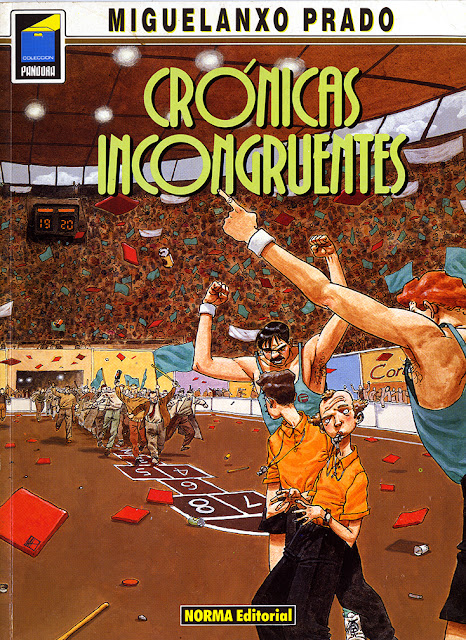