Men In Black, My On-Line Portfolio #6

This portfolio sample is evidence of my difficulty in assembling my portfolio: I really like the storyboards I did for the Sony Animation series, “Men in Black”, starting in 1997. The problem is finding a small chunk I can break off to show as a sample. I don’t think this is it, but it will do until I come up with something better.

I worked on MIB for the first and second (I think) season. My director was Mike Goguen, who I’d worked alongside on season of of The Batman Animated TV Series. The producer, Rich Raynis, hired Spanish graphic novelist Miguelanxo Pardo as the primary character designer. Frank Paur was also involved, as he hired me onto the project. Perhaps he was the producer under uber-producer Raynis. I don’t think Frank was a mere director; after “Batman” he had graduated to producing on “Gargoyles”. 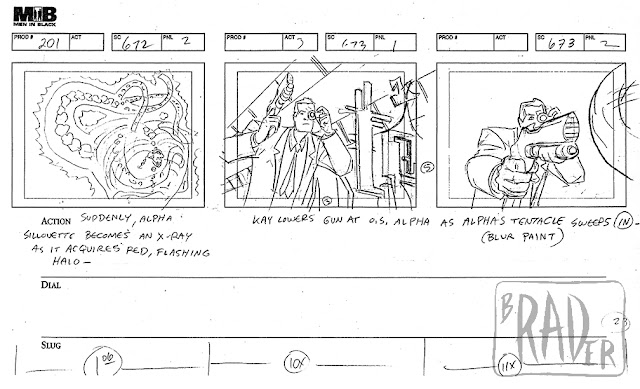 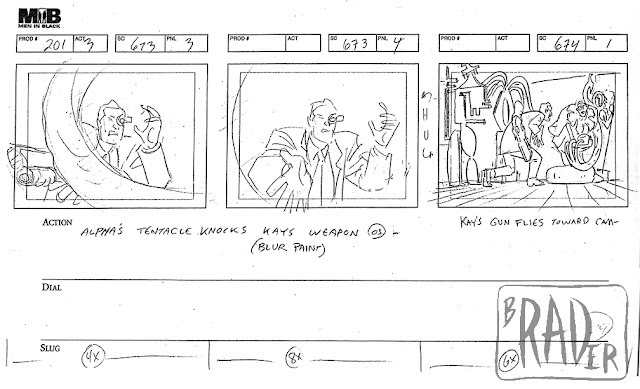 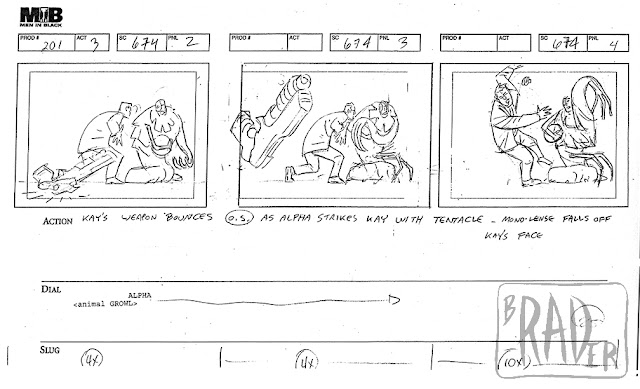 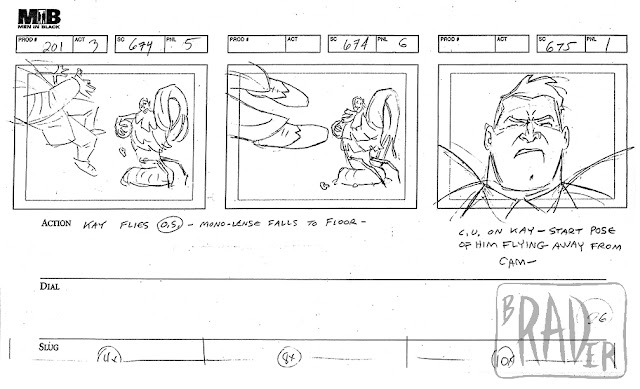 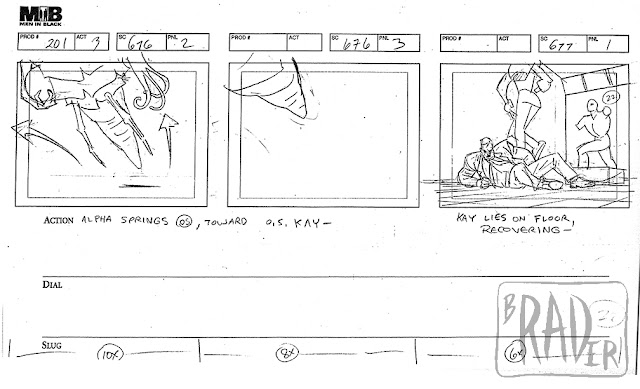 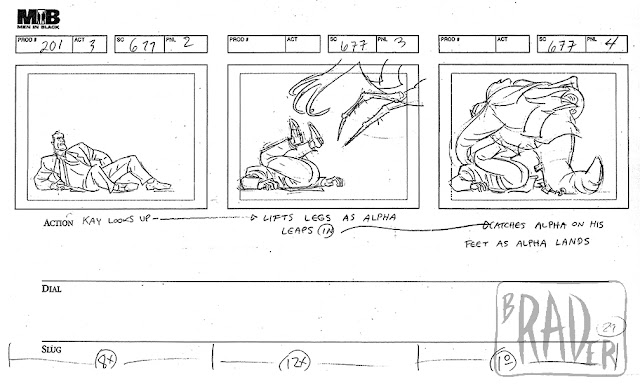 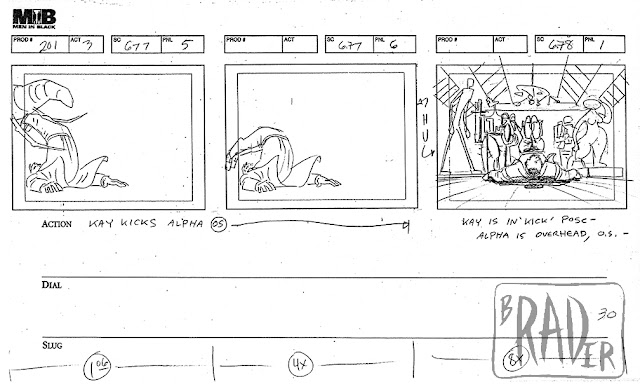 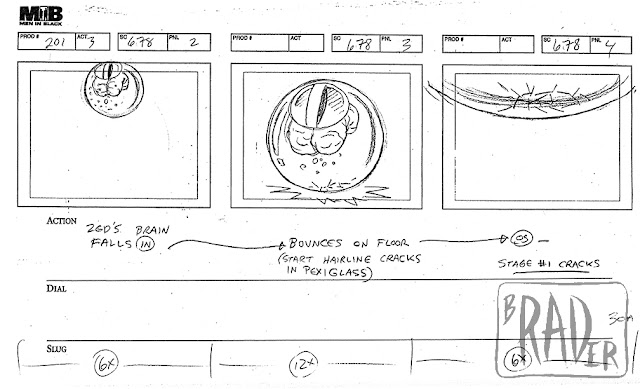 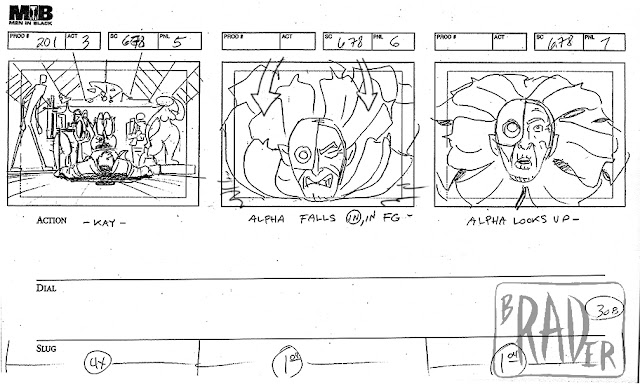