A tribute posted at keefstudios.com says, “ John Prentice, best known for his work on the Comic Strip Rip Kirby, passed away on May 23, 1999 of Cancer.
He was born on October 17, 1920 in Whitney Texas. From 1940-1946 he served in the Navy. Having survived the bombing of Pearl Harbor, he went on to serve on two destroyers through eight major military campaigns.
Having briefly attended the Art Institute of Pittsburgh, he moved to New York in 1947 where he worked on everything from comic books to magazine covers. Following Alex Raymond's death in 1956, Prentice was chosen to carry on the strip and did so for 43 years. His work on Kirby was awarded the National Cartoonists Society's silver plaque for best story strip three times and Rip Kirby is an honorary member of the honor legion of the New York City police department.”

My favorite page in this batch is #6; I was going to pick out panel 5 as my fave but realized all the panels work together, giving bits of information that help the “read” of other panels.

Panel 1) Great fence-vault pose of Pan, our protagonist. Purpose is indicated by the saddle draped over the fence and the b.g. horse (looking “at cam” to show its connection to Pan).

Panel 2) Nice, simple, town BG, just enough detail. Pan is similarly sized and facing away from cam in both panels 1 & 2, facing the object of his momentum in the BG, supporting immediate “read”.

Panels 3, 4, 5 & 6) Notice how, in each panel, details through open windows (or cell doors) link with previous panels, giving the feel of seamless continuity (this is accomplished in panel 6 by the cell door shadow on the BG wall.) All very simply drawn. Also, notice how Pan is framed closer to camera in each panel, climaxing in XCU in panel 6 as Pan delivers the “punch-line”.

I'd love to see the original art to page !0; I think it is really damaged by the color.

Panels 5 & 6) I’m a sucker for panel 5’s over-the-shoulder framing and mostly-silhouette spotting-of-blacks (I’m betting the artist was studying the work of Alex Toth.) But wait, this panel is the introduction of Blake, a major supporting character . Isn’t it a mistake to show him from behind? We are compensated with the nice CU in panel 6. Also note that panel 5 and 6 are almost mirrors of each other, in terms of lighting and facing-direction of the characters.

This is a continuation of the serialized posting of the artwork from the pages of Zane Grey’s Stories of the West #27, published by Dell Comics in  1955. It features the story “Zane Grey’s Roundup”, “A Pictured Edition of “Open Range”. In this post I present pages 6 through 10.

I am assuming the artwork presented here is by John Prentice, who took over the “Rip Kirby” syndicated newspaper strip after the creator, Alex Raymond, died in a car crash in 1956, though I can find no confirmation of that in my on-line search. 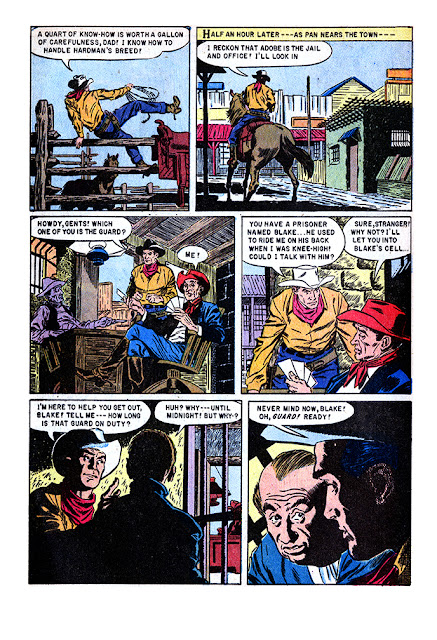 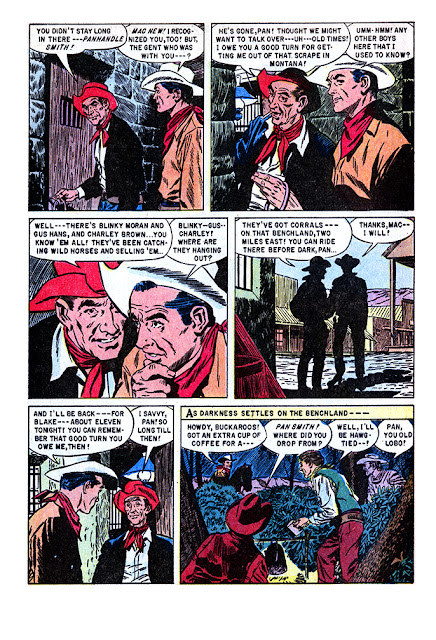 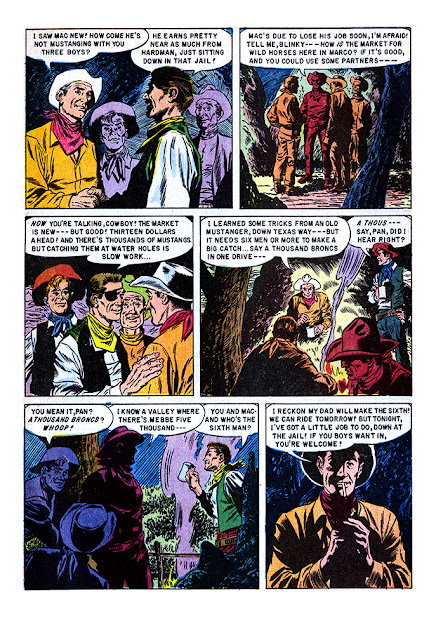 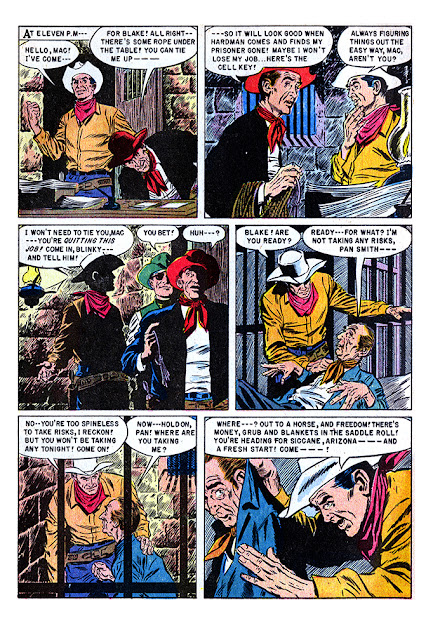 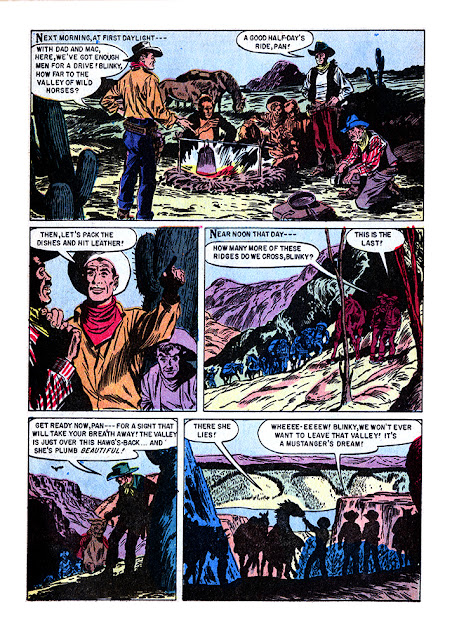