I’ve embarked on a new mini-project: scanning and spiffing the pages of Zane Grey’s Stories of the West #27, published by Dell Comics in  1955. It features the story “Zane Grey’s Roundup”, “A Pictured Edition of “Open Range” as it declares on the attractively painted cover. I purchased a relatively good condition copy of the comic at the San Fernando Comic Con late last  year, and have, only now gotten the time to absorb it fully.

The artwork caught my attention, looking like the work of John Prentice, who took over the “Rip Kirby” syndicated newspaper strip after the creator, Alex Raymond, died in a car crash in 1956. At least. I THINK this artwork is by John Prentice; the thing that throws me are the inks, which seem to be done entirely with brush, whereas Prentice seemed to use a lot of pen, at least on his Rip Kirbys. Does anyone have thought/ more information on this? (To be continued) 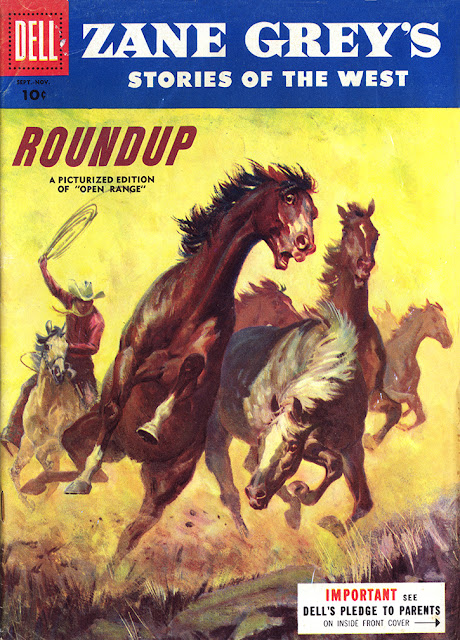 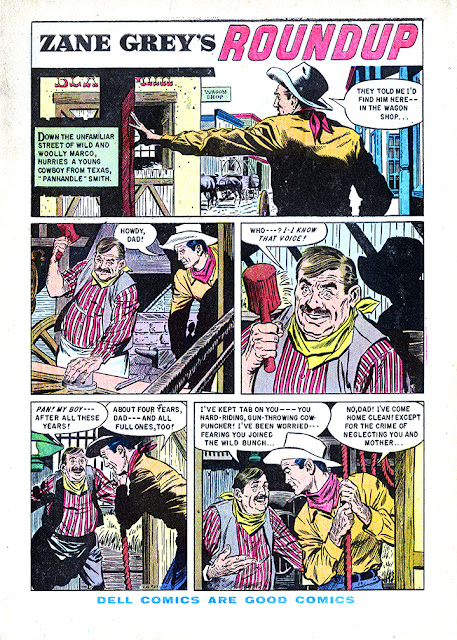 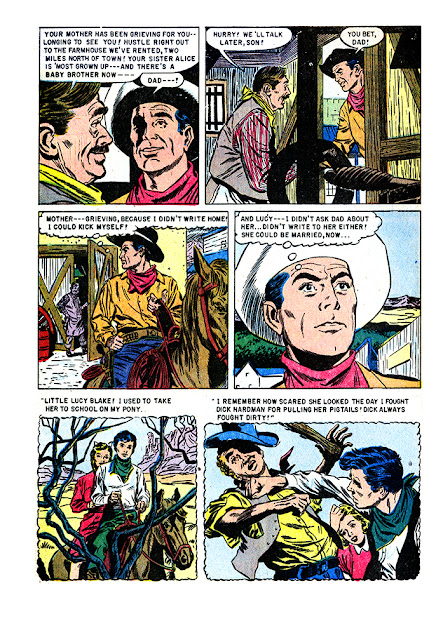 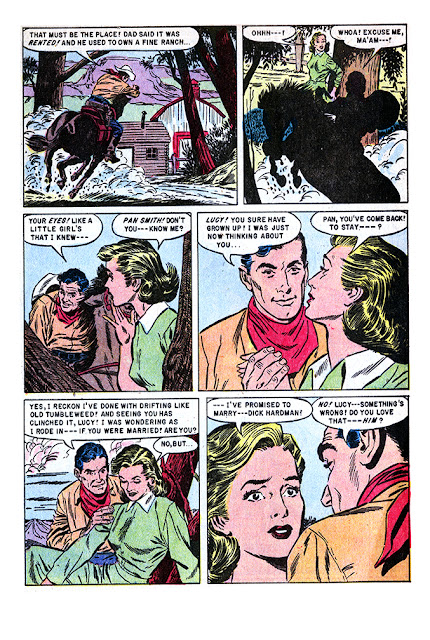 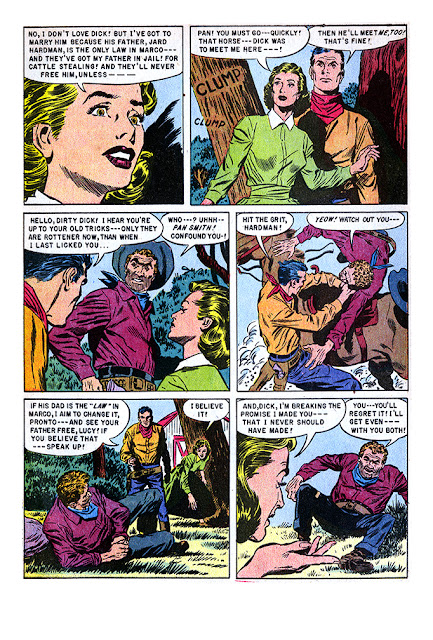 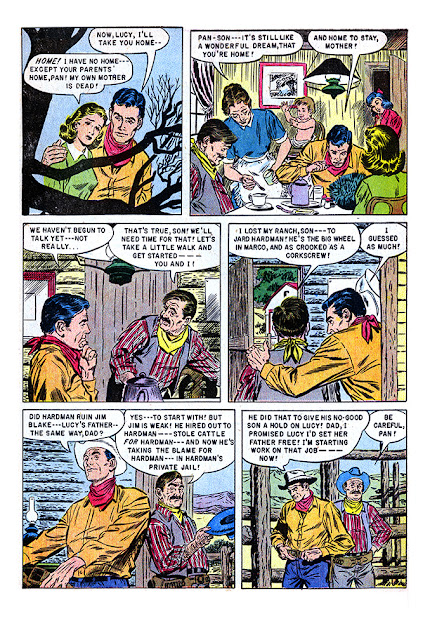