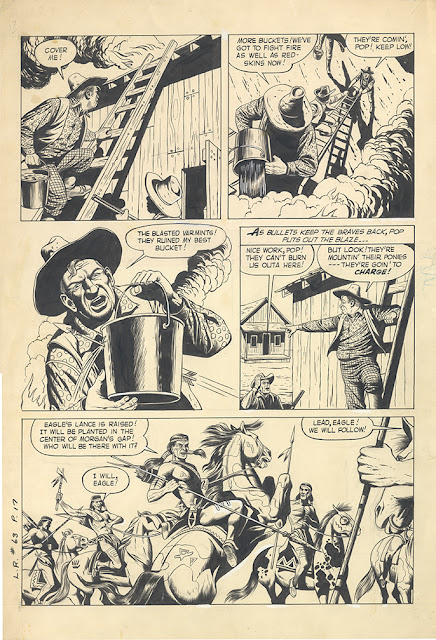 I purchased it primarily because of panel 5, which would (and possibly will) make a cool poster.

But I also like the design of the character “Pop”. This is the sort of idiosyncratic character one didn't/doesn’t see enough of in mainstream comics, and it's specificity gives the page a sense of reality . Dig his outfit’s festive patterning, his paunch and potato nose. I can imagine him voiced by Sterling Holloway, if it were an animated cartoon. 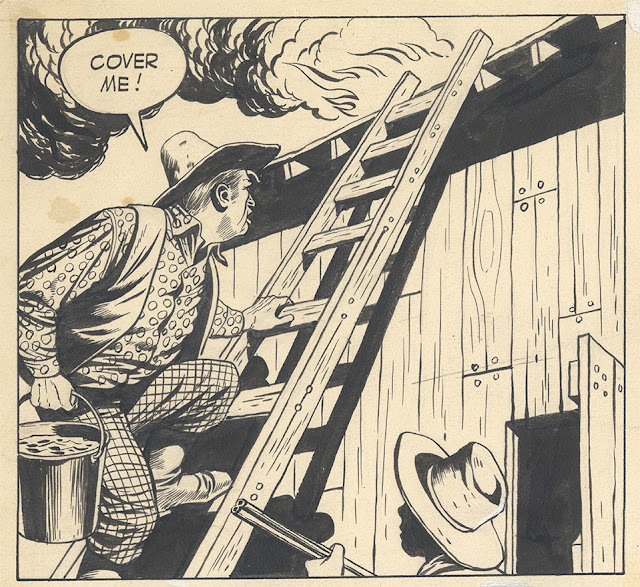 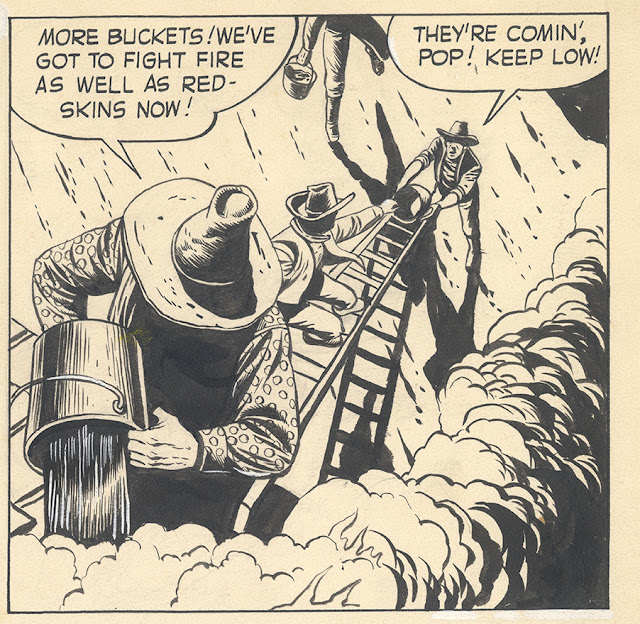 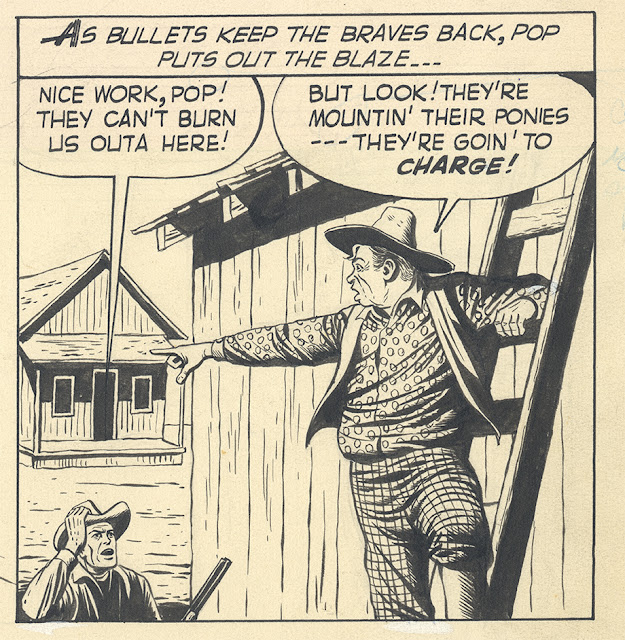 I like the spacial exaggeration in panels 1 and 2, and the posing of Pop in panels 1, 2 and 4. Panel 3, however, really sucks. The arrow piercing the metal bucket doesn’t read, the ladder and burning barn have magically vanished with only a perfunctory, rather symbolic depiction of flame and smoke. I say thee, “LAME!”. 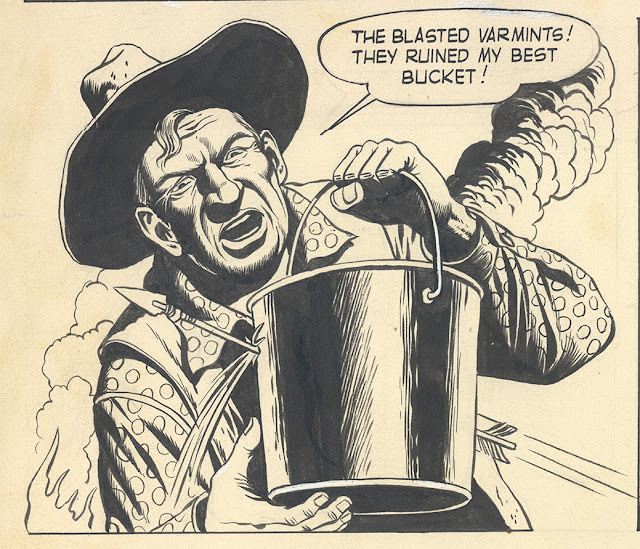 Just came across this. What a beautiful page. Tom Gill was a friend, and we both ran the National Cartoonists Society's Berndt Toast Gang in the early 2000s. He was a great guy and a font of knowledge. So good to see someone who appreciates his work! Do you have his book? Great stories.