"The Greatest Escape", My On-Line Portfolio #5

This storyboard is from a never-produced DRD called “The Greatest Escape”. I worked on this feature in 2009, between the cancellation of “King of the Hill”, and my next staff project, “Neighbors From Hell” for the newly formed Bento Box Entertainment.

“TGE” tells the story of Joseph, Mary and the infant Jesus’s escape to Egypt following Herod’s death sentence on all male children. It is told from the p.o.v. of Herod’s daughter, Cleangela (pronounced “Klee-angela”, not “Clean-gela”). She has been assigned by Daddy to visit Jerusalem and rat out the newborn king. The sequence I’ve chosen shows her as she follows the Star of Bethlehem which acts as a beacon, leading her directly to her quarry.

I was raised by an Atheist father and an Agnostic mother. My Higher Power is silent when I pray for details about its nature. I have no particular interest in the subject matter of TGE. That said, I’m a whore who’ll do practically anything legal for money, especially when the director/producer Is (was) Kevin Altieri, who I’d greatly enjoyed working with on many projects, including “Batman”, “AlfTails”, and “Stripperella”.

Most of my research for this storyboard was gleaned from “The Reader’s Digest Life of Jesus”. I providentially discovered this book on the shelves of my hotel room at “The Majestic Valley Lodge”, in the mountains of Chugach, Alaska, where my family and I were having a re-union celebrating our mother Maxine’s 80th anniversary. This outrageous synchronicity would be enough to cause me to see divine guidance in the genesis of TGE. Except that the project was eventually cancelled because a member of the financing congregation absconded with the budget. 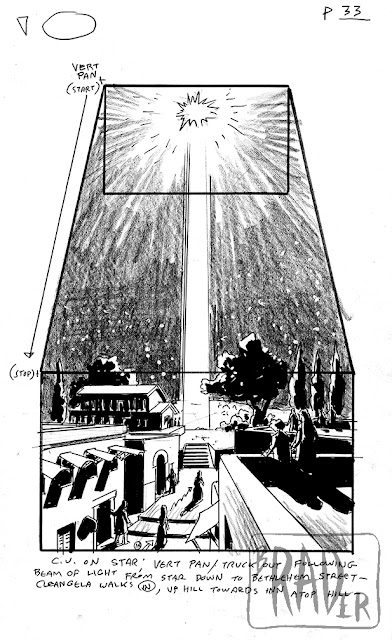 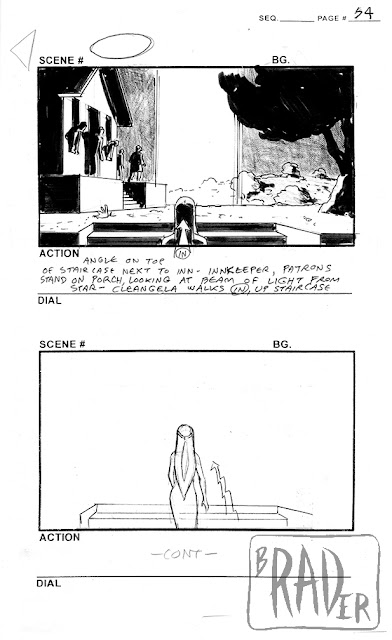 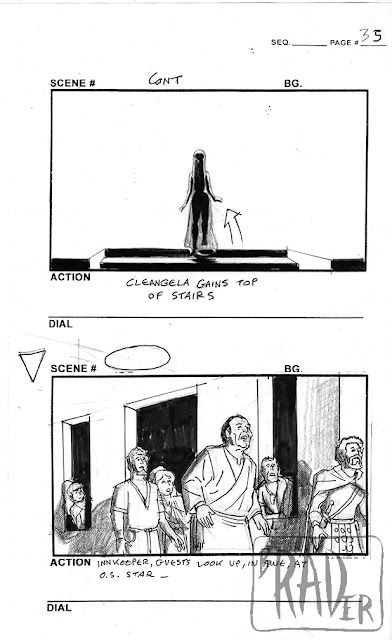 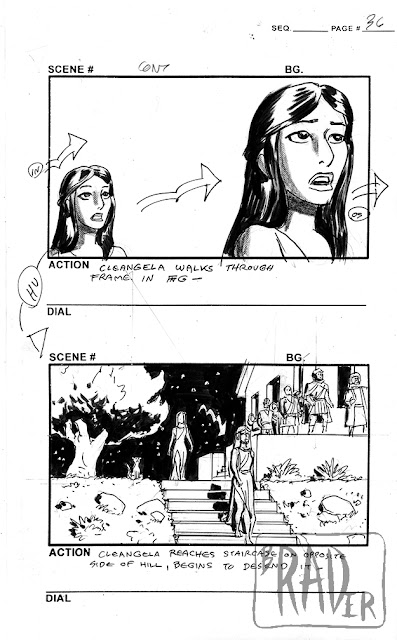 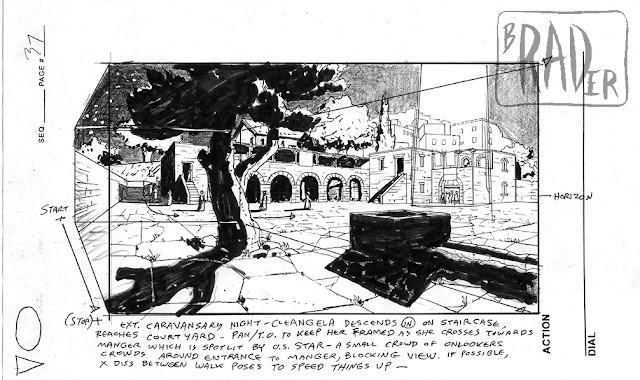 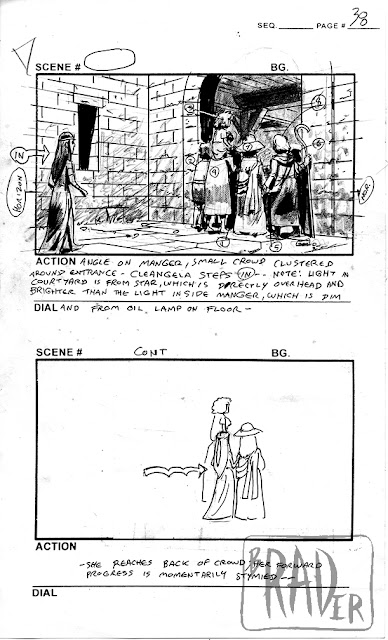 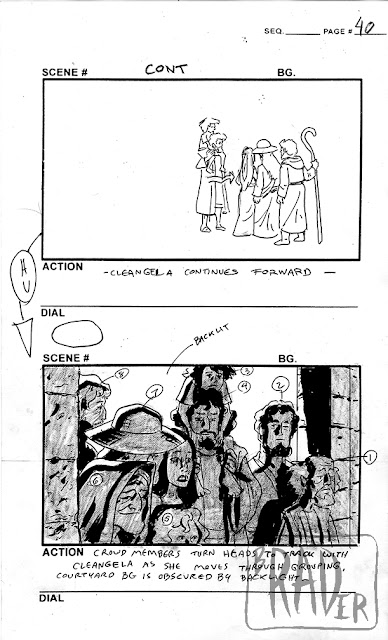 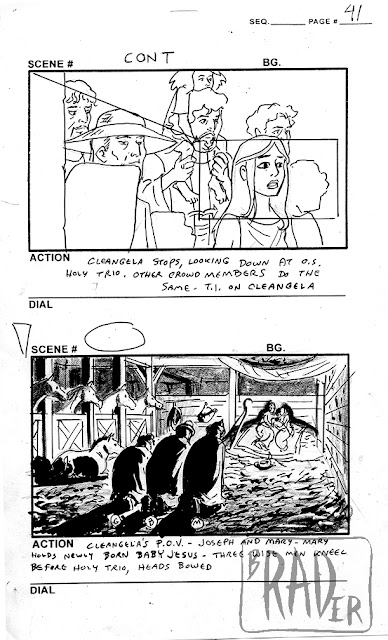 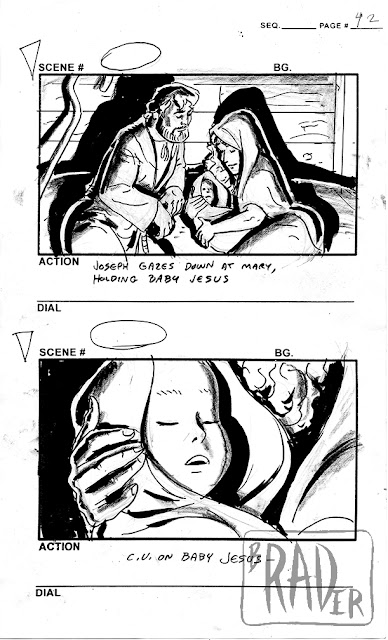 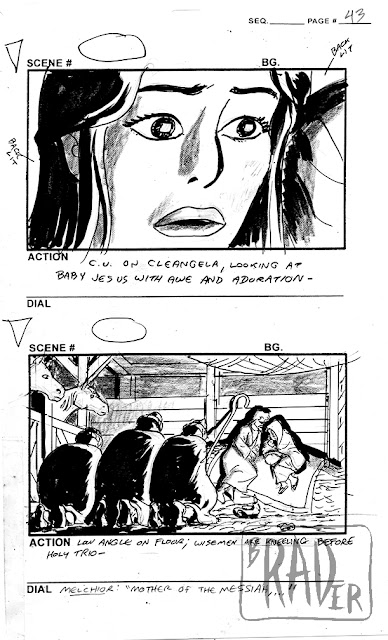